The driver of the truck was still in the vehicle when the cyclist appears to throw what looks like a rock at the passenger window. 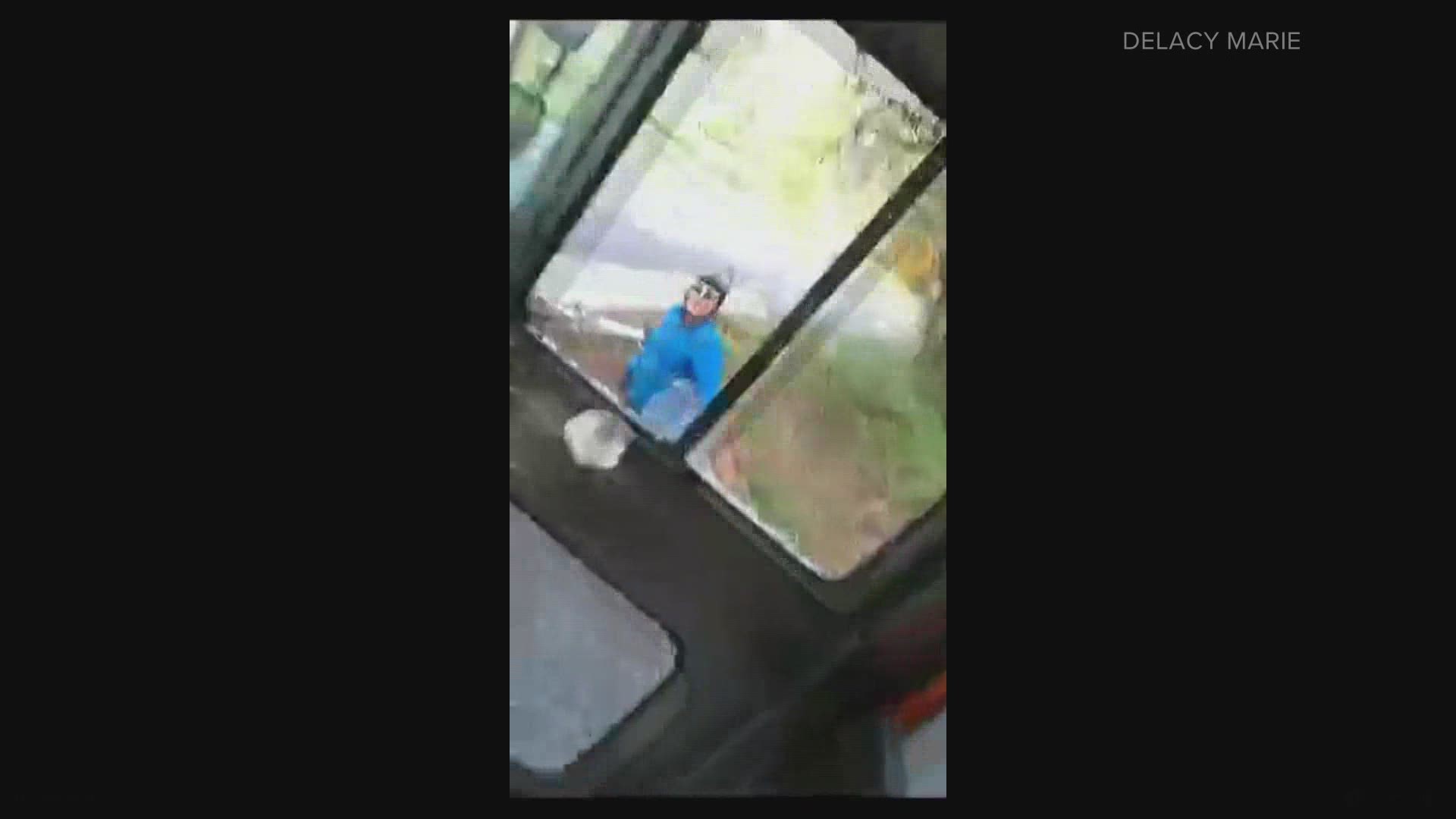 LAKE STEVENS, Wash. — Lake Stevens police are trying to find the person who smashed an Amazon delivery truck's window while the driver was still in the vehicle.

DeLacy Marie posted the video to Facebook Monday morning. In the post, Marie says that her coworker, a fellow delivery driver, posted the clip of the incident.

“I made this post to help the community aware of things drivers we go through and to help get this guy caught,” Marie said in the Facebook post.

Police are looking for the bicyclist seen in the video smashing the passenger-side front window by throwing what appears to be a rock. The incident happened in the 13000 block of NE 20th Street near North Machias Road.

“It’s hard to say what led up to the incident, what caused the guy to stop and do what he did,” said Cmdr. Jeff Beazizo of the Lake Stevens Police Department. “We don’t have any particulars of what happened prior to that, prior to him throwing the rock. Obviously, he was very upset and we need to figure it out.”

“We’ll be investigating it for malicious mischief charges and being able to refer that to the prosecutors, if we can identify the suspect right now. We have no information on the suspect and we’re trying to develop all that,” Beazizo said.

As for the biker in blue, police want the public's help finding out who that person is.

Amazon sent the following statement regarding the incident:

"The safety of our delivery service partners and their drivers is vitally important. We're grateful the driver was not injured during this awful incident."