Thirteen pounds of black tar heroin, nine pounds of methamphetamine, and $20,000 in cash were among the items police seized during a Kitsap County drug bust this wee 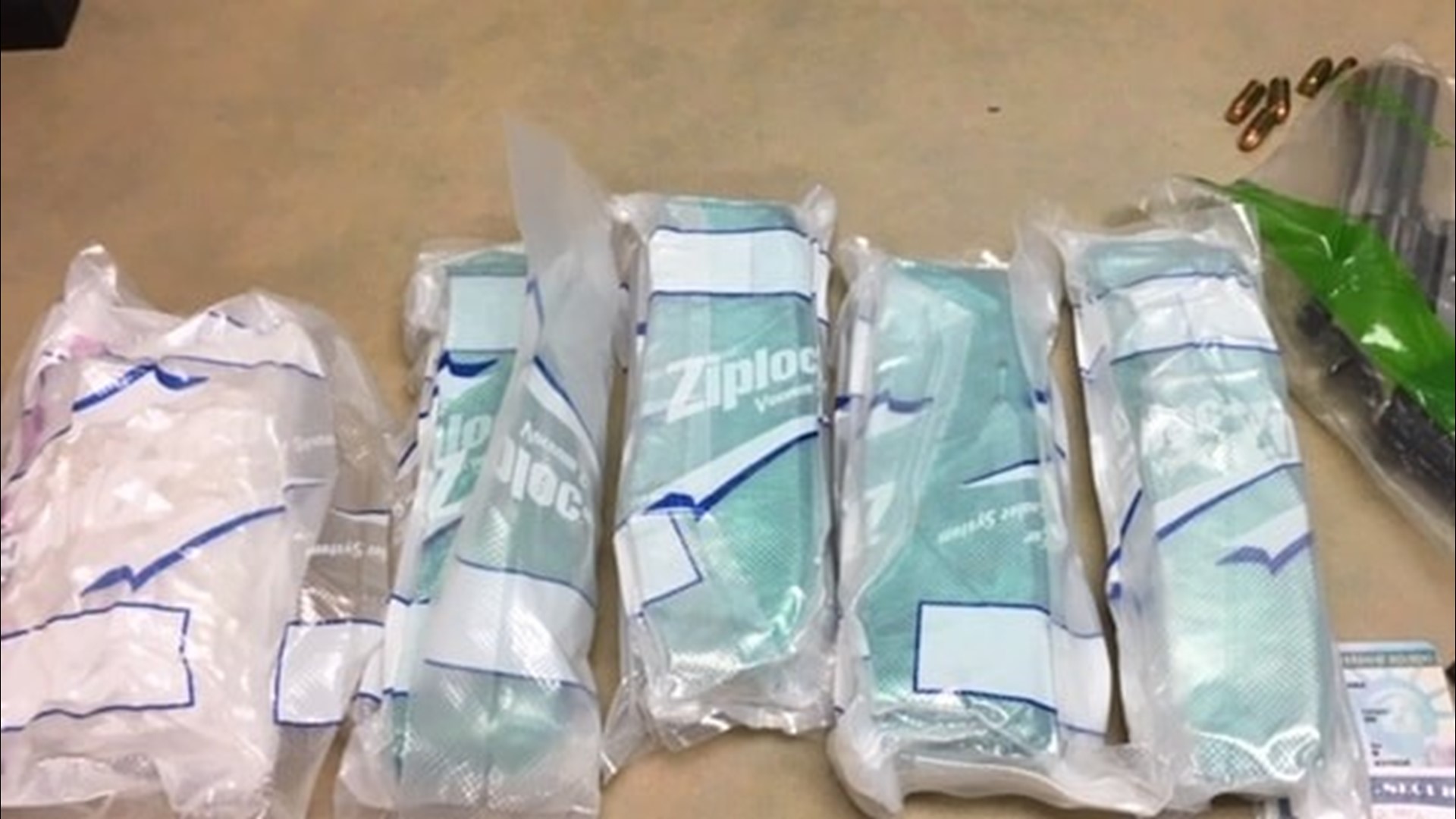 Kitsap County detectives seized over $900,000 in narcotics and arrested a 45-year-old Bremerton man during a drug bust Wednesday.

Police seized over nine pounds of methamphetamine, 13 pounds of black tar heroin, a half-pound of cocaine, suspected fentanyl pills, three firearms, and over $20,000 in cash.

The drug bust was prompted by information from residents who were concerned about suspected drug activity, according to the sheriff’s office. The narcotics were found during a search in the 4000 block of Country Lane Northwest, Bremerton, in unincorporated Kitsap County.

The operation was run by the Kitsap County Sheriff’s Office Special Investigation Unit and WestNET, a multi-jurisdictional narcotics task force.

The suspect was booked in Kitsap County Correctional Facility for possession of a controlled substance with intent to deliver. His bail was set at $750,000.