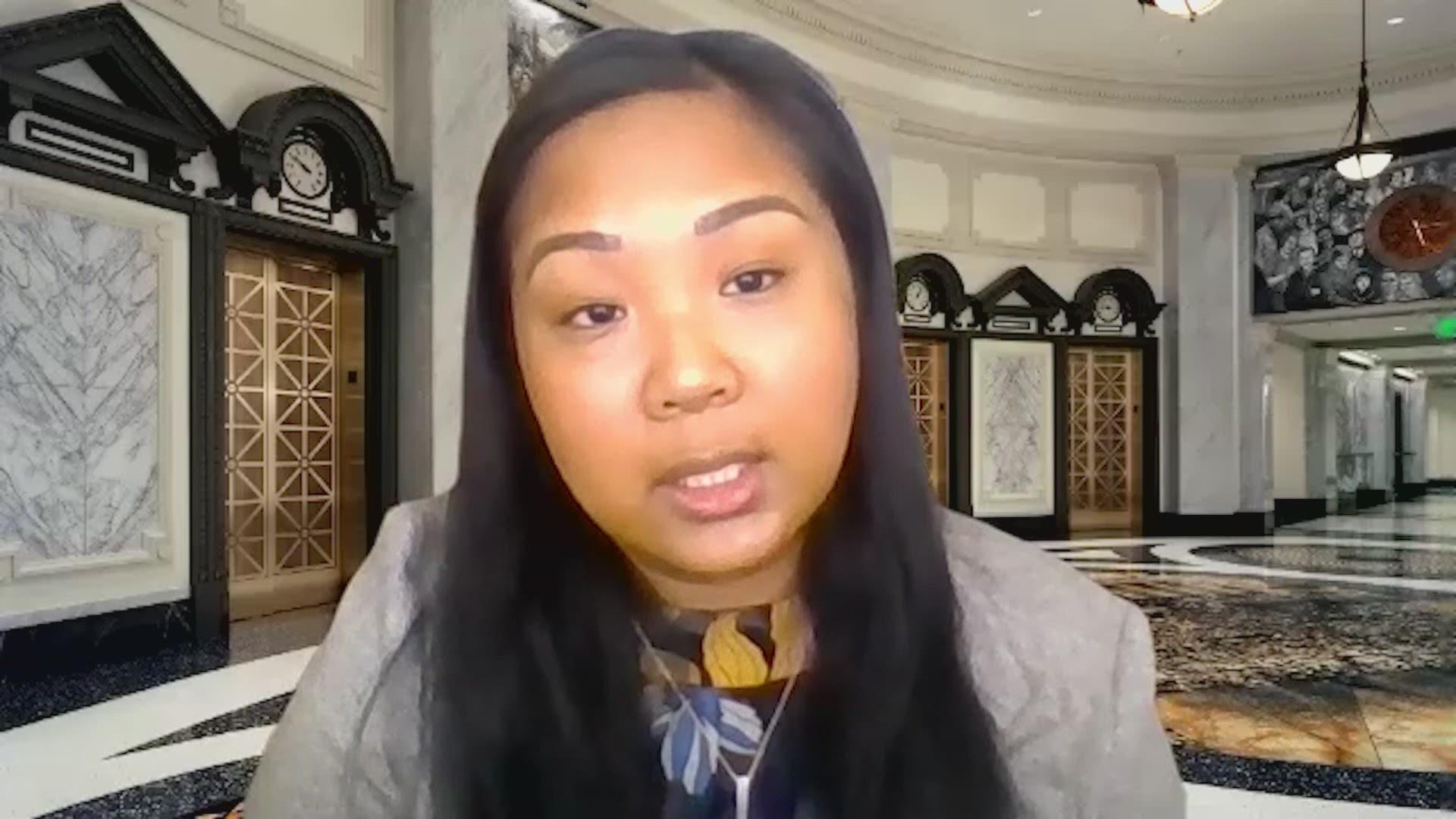 SEATTLE — There was a spike in hate crime charges filed in 2020, according to new data shared by the King County Prosecuting Attorney's Office on Tuesday. Officials also spoke about an alarming nationwide trend of attacks against Asian Americans during the pandemic.

Deputy Prosecuting Attorney Leandra Craft, who works on hate crime cases, chalked the increase up to a combination of two factors: increased reporting of crimes, and an actual increase in incidents of hate. She noted Seattle police's dedicated bias crime detective may be impacting numbers as well.

"I think there may have been some suspects that felt emboldened to use racial slurs at the time," Craft said. "But I do think it’s a mix."

She also addressed recent reports of attacks on Asian-Americans, a trend reported by Seattle police throughout 2020.

While the prosecutor’s office does not keep data on the race of victims in cases on hand, and was not able to provide a breakdown by this story's deadline, a spokesperson said two of the seven cases charged so far this year targeted people identified as Asian/Pacific Islander.

The national coalition "Stop AAPI Hate" said between March 2020 (when it began keeping data) and the end of the year, it received 2,080 reports of anti-Asian hate nationwide, and identified Washington as one of the top states, at just over 4% of reports.

Seattle-based Chinese Information and Service Center (CISC) collects reports of hate and abuse, and said since June 2020, it's taken 142 reports of hate or bias, which can range from use of a slur to "something more egregious," said Michael Itti, CISC executive director.

"We are hearing stories from our communities of very violent assault and attacks on individuals, very random attacks, and it’s very concerning," said Michael Byun, executive director of Asian Counseling and Referral Service. He also works with the AAPI Coalition of Washington State, and is chair of the King County Asian Pacific Islander (APIC) chapter.

"I think one of the things we’re seeing among our vulnerable communities, among our older adults when they hear this news, they’re more fearful to go out, and they’re already isolated," he said. "And it’s making it much more difficult to go out."

But he does not believe policing and prosecution will halt this trend; he worries of increased law enforcement presence in communities of color could have unintended consequences, and prefers community-based solutions.

"It’s my opinion that for us to have sustainable approaches to addressing hate crimes in our communities, we have to look at preventative measures, community-based strategies that bring communities together," he said. "Especially at the a time when we’re all feeling very isolated."

He pointed to the King County Coalition Against Hate and Bias and member organization as one group working towards solutions.

RELATED: Coping with racial trauma: How people of color can heal from racism