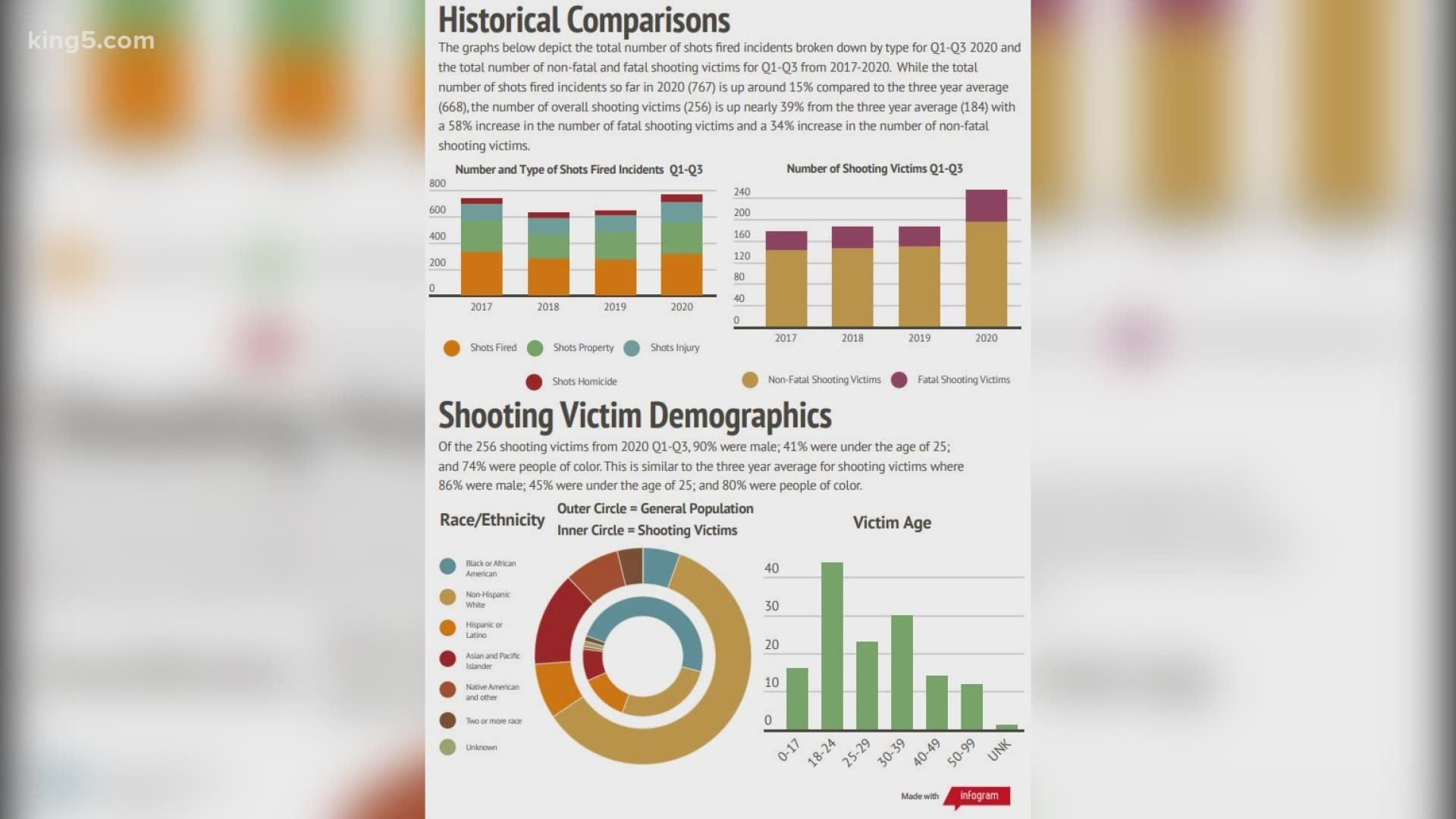 KING COUNTY, Wash. — King County is seeing a spike in shooting deaths and injuries this year, according to new data from the King County Prosecuting Attorney’s Office (PAO).

In the first nine months of the year, there were 767 shots fired incidents in King County, including 59 firearm homicides and 197 non-fatal shooting injuries.

In the first six months of 2020, there were 424 shots fired incidents, including 36 firearm homicides and 104 non-fatal shooting injuries.

King County saw a record year for shootings in 2017, but 2020 has surpassed that.

Although the number of shots fired incidents is up 15% this year compared to the three-year average, the PAO said the number of people fatally shot increased by about 58%.

Prosecutors believe the COVID-19 pandemic is most likely playing a role in the increase as people deal with the anxiety surrounding the uncertain times.

The PAO collects data from more than 20 agencies, but a majority of the data in the report comes from eight agencies including Seattle, Kent, Auburn, Federal Way, Des Moines, Tukwila, Renton, and the King County Sheriff's Office. Those eight agencies account for about 79% of King County’s population, the PAO said.