The suspect was shot after getting into a confrontation with the King County deputy, who was responding to the area for a domestic disturbance. 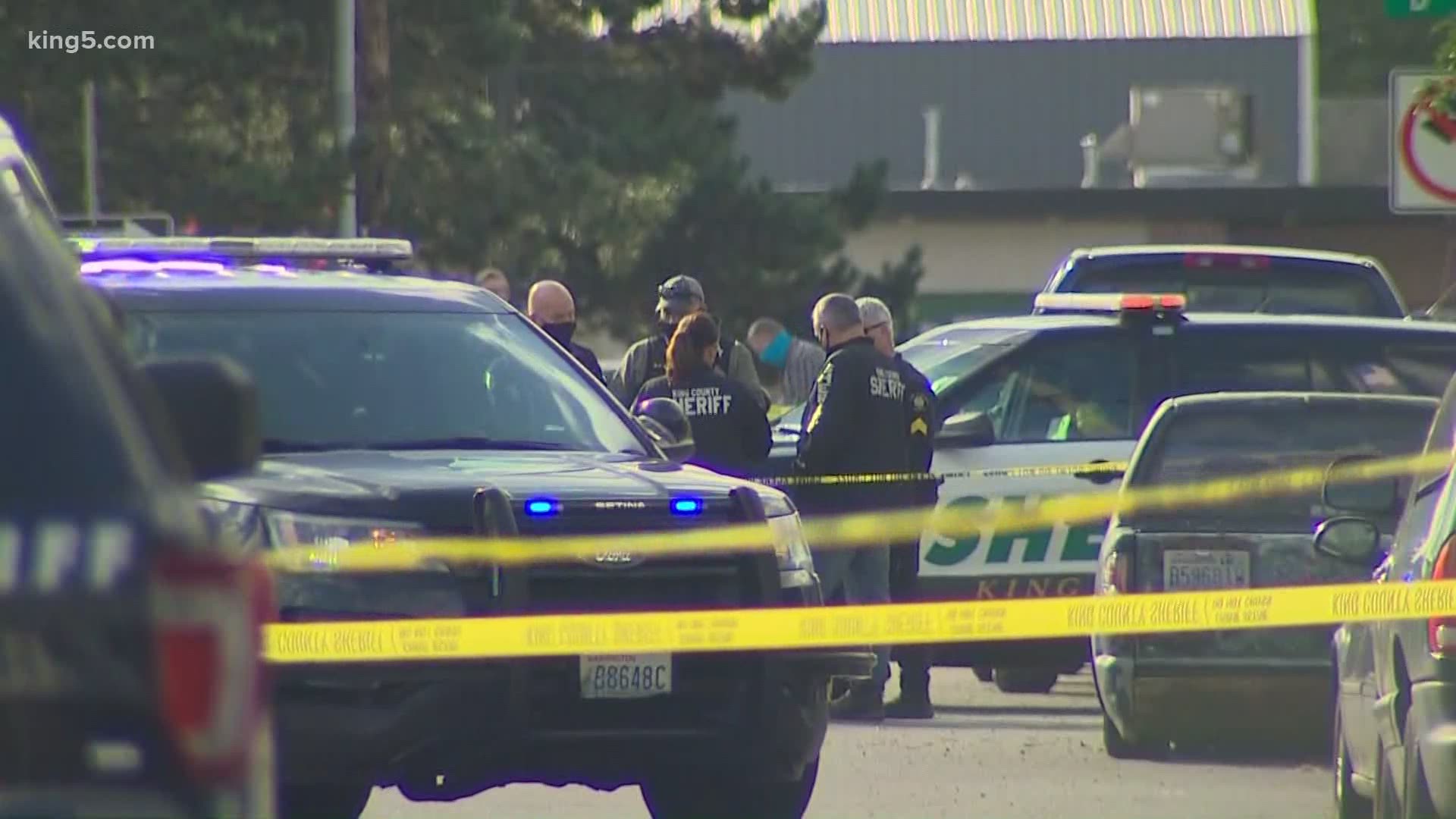 AUBURN, Wash. — A 32-year-old man was shot and killed by a King County Sheriff’s deputy in Auburn on Saturday afternoon, officials said.

Sgt. Ryan Abbott, with the King County Sheriff’s Office, said their deputy responded to a house in the 500 block of 8th Avenue SE around 3 p.m. for a domestic disturbance.

The deputy was flagged down by a witness nearby who claimed a man was firing a gun in the backyard of a house.

According to Abbott, when the deputy arrived there was a confrontation between them and the suspect that led to the deputy shooting the suspect.

The man died at the scene. His identity has not yet been released.

The deputy was not injured. He was placed on administrative leave, which is standard in officer involved shooting investigations, Abbott said.

authorities are investigating a shooting after a kcso deputy shot and killed a 32-year-old man in a front yard in auburn. pic.twitter.com/SwPIlkImP0

KCSO on scene of a deputy-involved shooting in Auburn 500 BLK 8 AVE SE. Unknown status of the suspect at this time who is being treated by Medics. No deputies were hurt. I am en route to the scene and will update once I arrive.