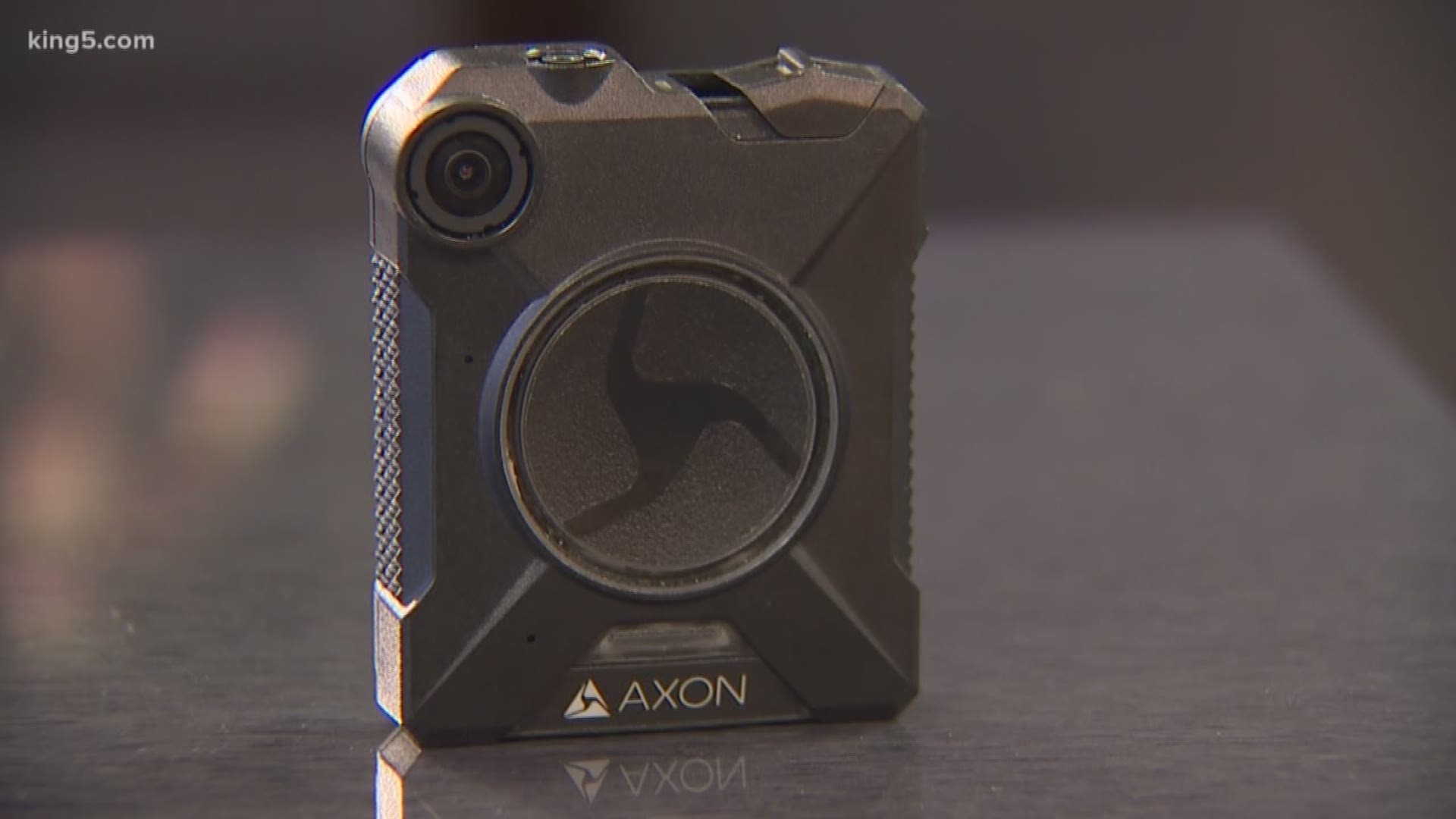 KENT, Wash. — The City of Kent joined a handful of Washington cities, including Seattle and Spokane, outfitting police officers with body cameras.

In December, Kent police launched a pilot program. About 10 officers wore body cameras and the pilot ended in May.

Funds from the city's new red light cameras will pay for the body cameras.

Kent paid Arizona-based company Axon more than $1.6 million for the technology. This does not include the funding needed for the extra staffing for the program.

Kent's mayor has been an advocate for body cameras since she took office.

"It's transparency. I heard from the residents that they wanted to see them so they can see what the police department is doing and it also works in the other direction," said Kent Mayor Dana Ralph. "It provides a level of protection and transparency on the officer's side as well."

Ralph said it took a while to get the cameras because police had to work out all the logistics. The technology had to meet different requirements and work well with the resources and systems already in place.

The city also had to hire three additional positions to manage the cameras, manage public disclosure requests and video redaction, and review video for court cases.

During the pilot program, Ralph said video from the cameras was used to deal with citizen complaints. She said in one case a resident's story dramatically changed after seeing the body camera footage of a traffic stop.

"The officers will notify everyone that they come in contact with. They will say 'I want to let you know you're being video and audio recorded,'" Ralph said. "I just believe this is a good thing for our community and our department, it's a win-win on both sides."