Kaleb Cole is facing charges related to an alleged plot to intimidate journalists through the use of threatening posters delivered to the homes of the recipients. 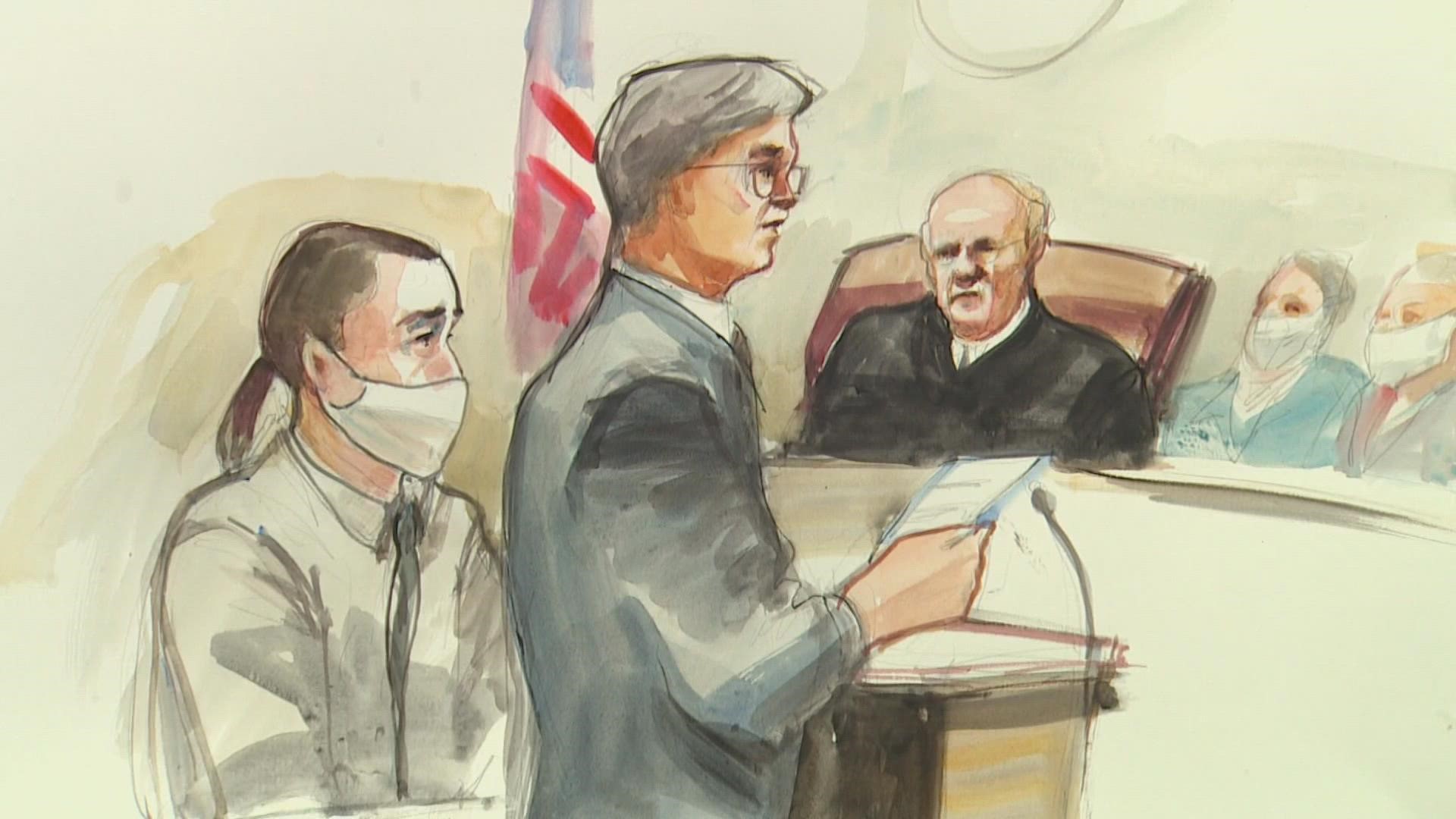 SEATTLE — A trial is underway for a Washington man believed to be behind a plot that targeted journalists and members of the Anti-Defamation League.

Cole is believed to be the leader of the Washington chapter of the Atomwaffen Division, a small but extreme neo-Nazi hate group.

Cole faces charges related to an alleged plot to intimidate journalists and those who are Jewish through the use of threatening posters delivered to the homes of the recipients. Another Atomwaffen member, 25-year-old Cameron Shea, was sentenced to three years in prison in August for his role in the plot.

KING 5‘s Chris Ingalls received one of the posters in January 2020. It’s believed Cole targeted Ingalls after his reporting on the Atomwaffen Division in 2019. He and his family fled their home out of fear for their safety.

During the first day of the trial, Ingalls explained how he took extra steps to keep safe, including installing an extensive security system at his home.

“He’s just a guy who scares me,” said Ingalls, speaking of Cole. “I don’t know how else to say it. I just don’t understand where he comes from, how we can believe the things that he believes and I just continue to look at him as a threat. I think I always will.”

Ingalls had never been in the same room with Cole until he took the witness stand against the accused.

“It was very bizarre facing that guy after this case has been going on for almost two years now,” said Ingalls. “So, it was intimidating, but I’m glad to finally be able to sort of say my piece to the jury.”

The trial continues Tuesday at the U.S. Courthouse in downtown Seattle.