Two drivers were shot at just this week, and there have been several incidents of people throwing rocks and debris at oncoming cars on I-90 and I-5. 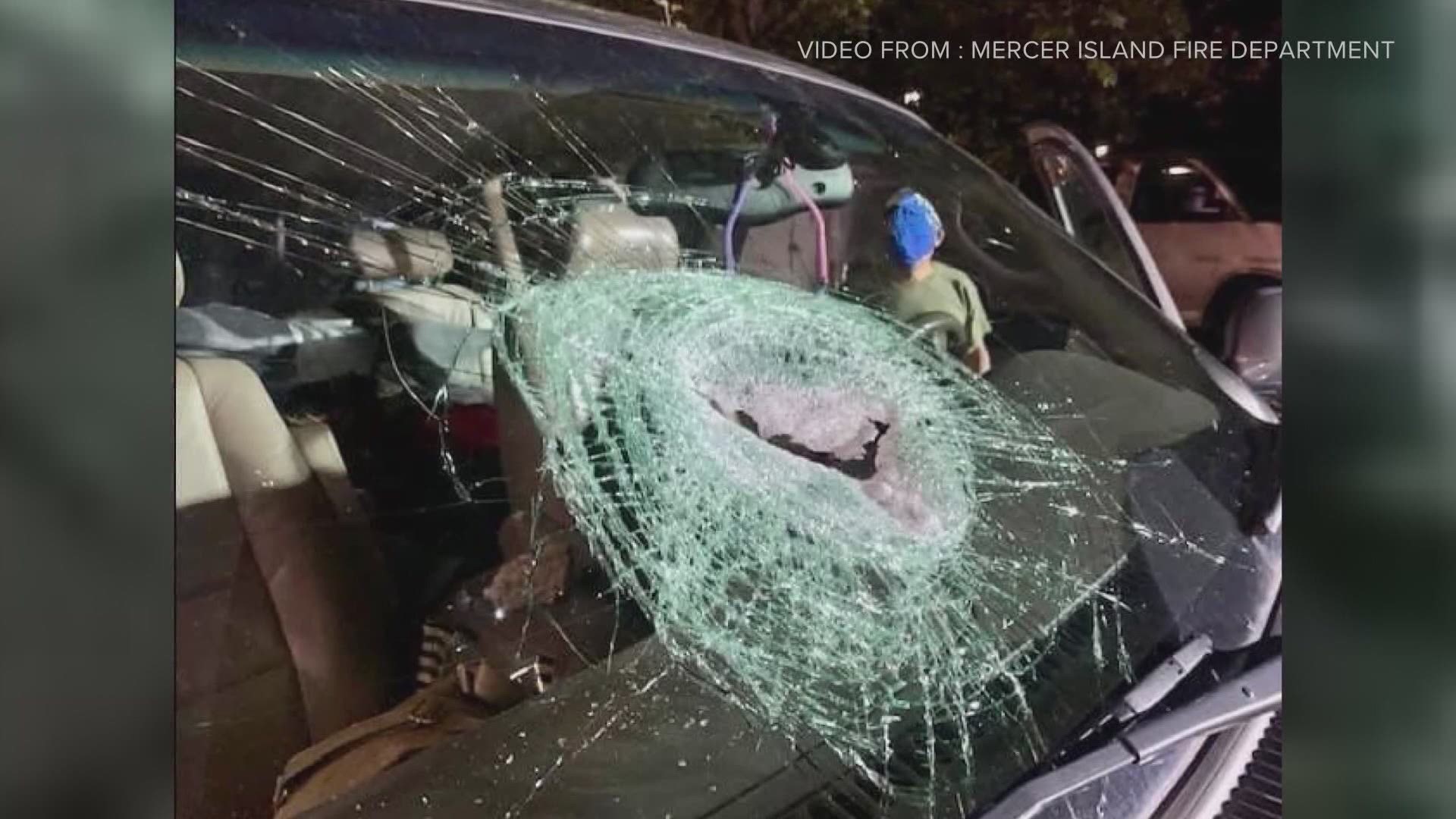 WASHINGTON, USA — Highway crimes are on the rise in Washington state as traffic is returning to pre-pandemic levels, according to the Washington State Patrol (WSP).

The suspect of an early morning shooting on northbound I-5 near Lynnwood is wanted by troopers.

A white Honda Accord was closely following a white Chrysler 300 around 3:30 a.m. Wednesday, before swinging into the right lane where someone in the Accord fired five shots into the Chrysler. The driver of the Chrysler was not hit, according to WSP.

Another man was shot at around 2:30 a.m. Monday in Pierce County along Shaw Road.

Jonas Vazquez said four shots were fired at his car, one piercing the windshield over his head. Part of that bullet landed in the passenger seat.

"It wasn't a very loud gunshot, but I saw the muzzle flash the second time," said Vazquez. "That's when I knew I had to get out of there."

Vazquez did not get a license plate but identified the vehicle as a black Volkswagen GTI.

Also on Wednesday morning, a 39-year-old man was arrested in Seattle after throwing multiple objects onto I-90 at oncoming cars. The man was traced back to a homeless encampment. Officials said he was suffering from a mental health crisis and was taken to a local hospital.

A witness said one of the objects thrown on the interstate was a propane tank that hit the windshield of a car ahead of her. The woman in the car was not hurt, WSP said.

There have been a total of 161 incidents of people throwing rocks, furniture, and other debris onto the freeway in King County alone, according to WSP.