Suspect Ezra Fleming Ralston, 25, allegedly plotted to murder his grandparents, who were in their 70s, so he and his fiancee could live in their house. 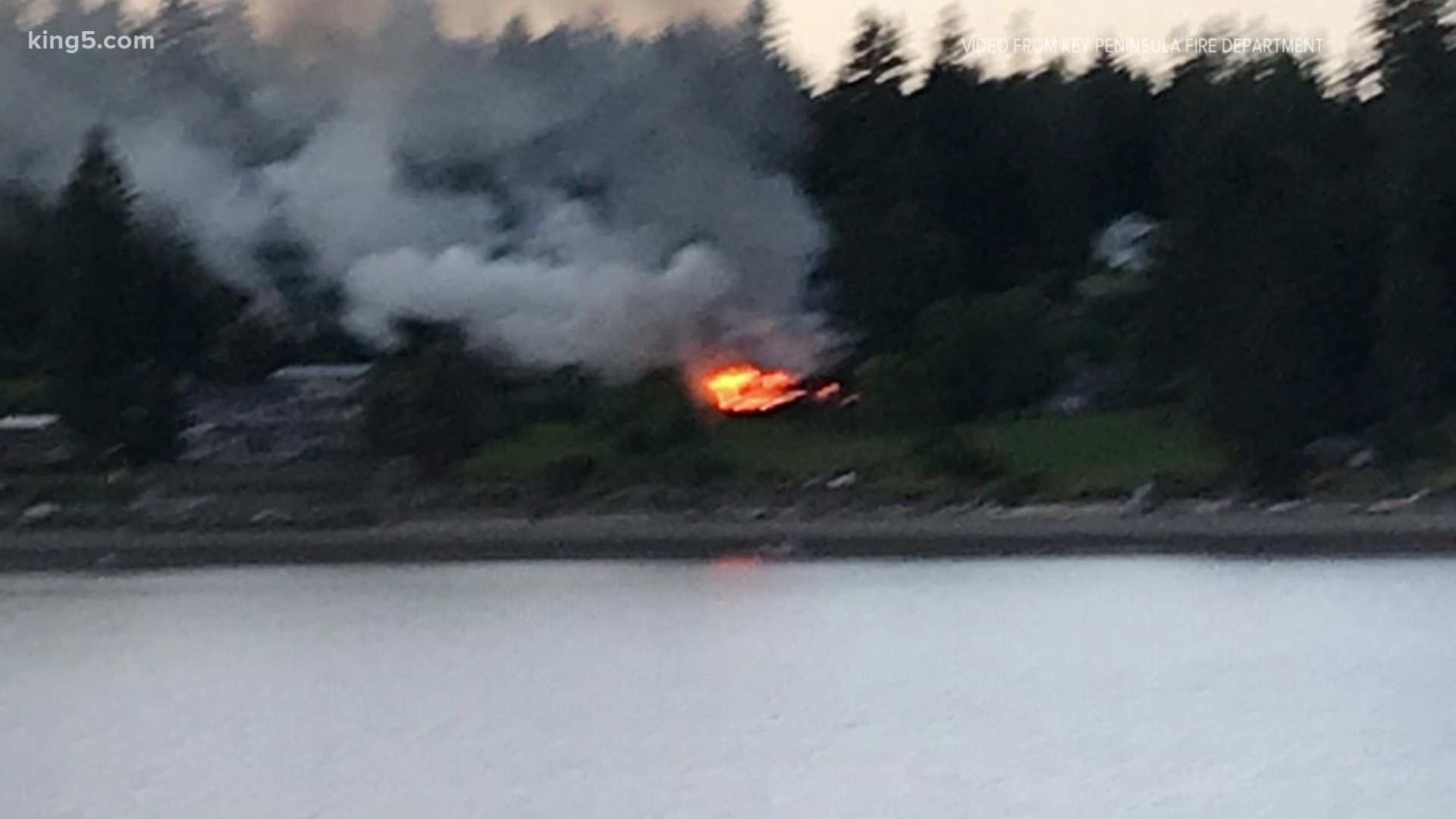 PIERCE COUNTY, Wash. — The 25-year-old grandson of a Key Peninsula couple has been charged with two counts of First-Degree Aggravated Murder for allegedly killing his grandparents and then setting their house on fire.

Ezra Fleming Ralston allegedly plotted to murder his grandparents, 71-year-old Theodore “Ted” Ralston and 73-year-old Joanna Gormley, so he and his fiancee could live in their house, according to court documents released Thursday.

The Key Peninsula Fire Department responded to the home on Bayview Road NW in the Vaughn area on May 17 just after 8:30 p.m. It was fully engulfed in flames and witnesses reported hearing an explosion at the house.

Court documents say firefighters found five gas cans in the kitchen of the home and evidence of a propane explosion. Firefighters discovered the bodies of Ralston’s grandparents in the basement of the home, laying side by side. Both victims had been stabbed several times, court documents said.

According to court documents, Ralston communicated with his father in the hours leading up to the fire, stating his grandparents, who are his father’s parents, were unwell and could possibly have coronavirus (COVID-19).

Ralston told his father via text message that he was taking his grandparents to the hospital because they had “fevers and sore throats.”

A few hours after that text, the father received a call from a neighbor who said the house was on fire. The father immediately called his son, Ralston, who didn’t answer but sent a text saying, "I'm sorry for not getting back sooner. The doctors told me they're in the safe zone but they're keeping them over night to monitor the state of their condition. They didn't tell me the results of the test for COVID-19, am not sure if they even had results yet, but they're in good hands. I had to go home but I will get up first thing in the morning to go check on them."

Detectives confirmed neither of Ralston’s grandparents had been taken to any local hospitals.

Ralston was found the following day at fiancee’s mother’s home in Lakewood.

When interviewed by police, Ralston’s fiancee, Rebecka Neubaur, said she and Ralston had talked about killing his grandparents several times, but she thought it was a joke and “never thought he would go through with it.”

However, during a second interview, Neubaur admitted she had not been completely honest. Detectives later discovered text conversations between Ralston and Neubaur, showing that she encouraged him to commit the murders and even gave him advice on how to dispose of the bodies, according to court documents.