A vigil was held for Rayshauna Webber, who was stabbed to death near Cal Anderson Park on Capitol Hill. 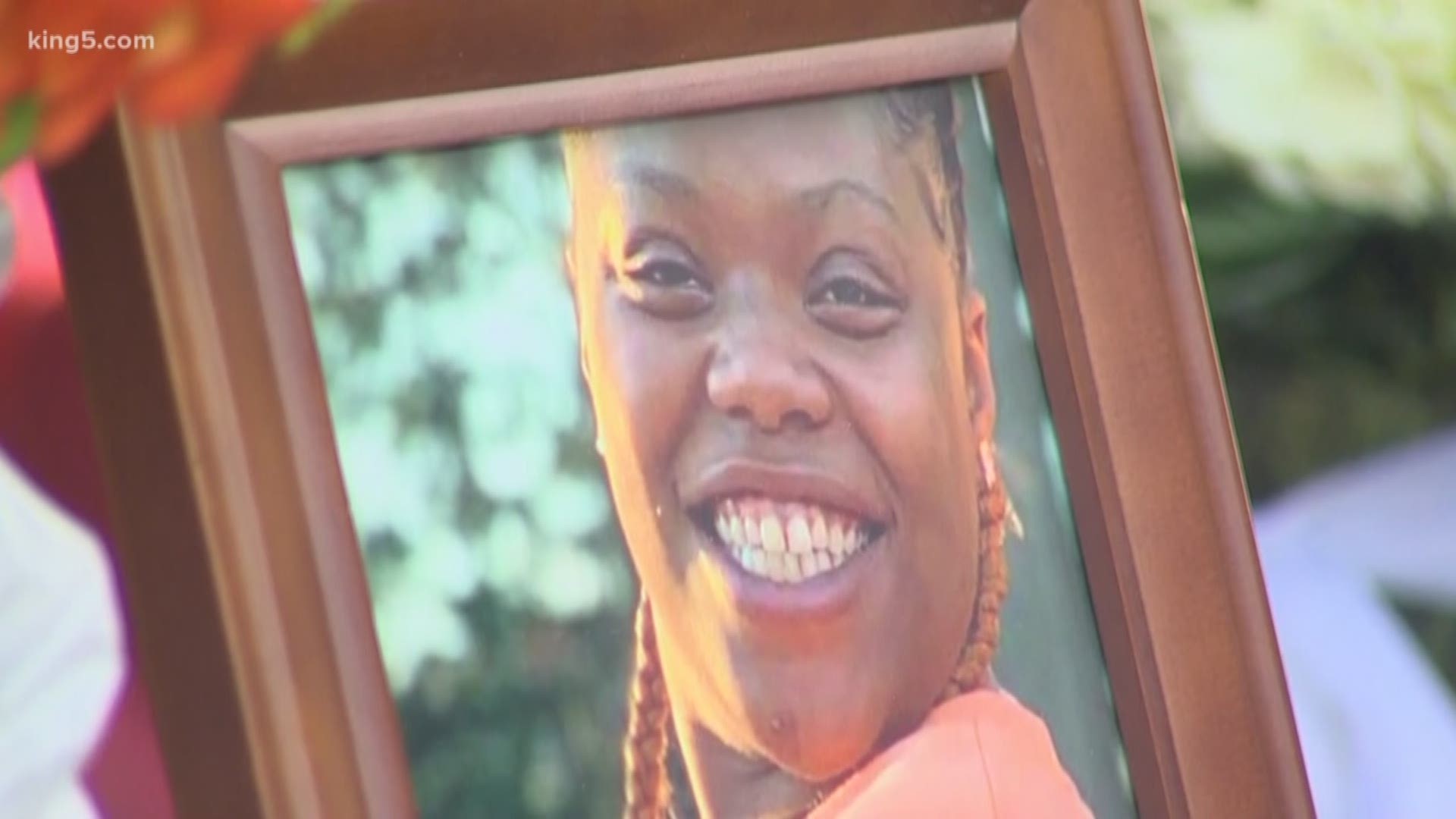 Webber was just 25-years-old and a mother of a young girl. She worked at the Starbucks on 23rd and Jackson in Seattle’s Central District.

On Friday, that Starbucks is where her friends and family gathered to remember Webber.

The man accused of stabbing her is in custody.

Friday night however, was not about the crime, it was about Webber.

Another woman, who they referred to as Webber's aunt, was emotional when speaking to the crowd.

In between the speeches were hugs, tears, and a struggle to understand how this could happen.

Seattle Police Chief Carmen Best also attended the vigil. She took a picture with Greg and shared it on Twitter saying the death of Webber was the result of “senseless violence.”

At the end of the vigil, the crowd all took balloons and let them go in the sky.