The Orting School District has reopened an investigation into sexual abuse allegations against a teacher. 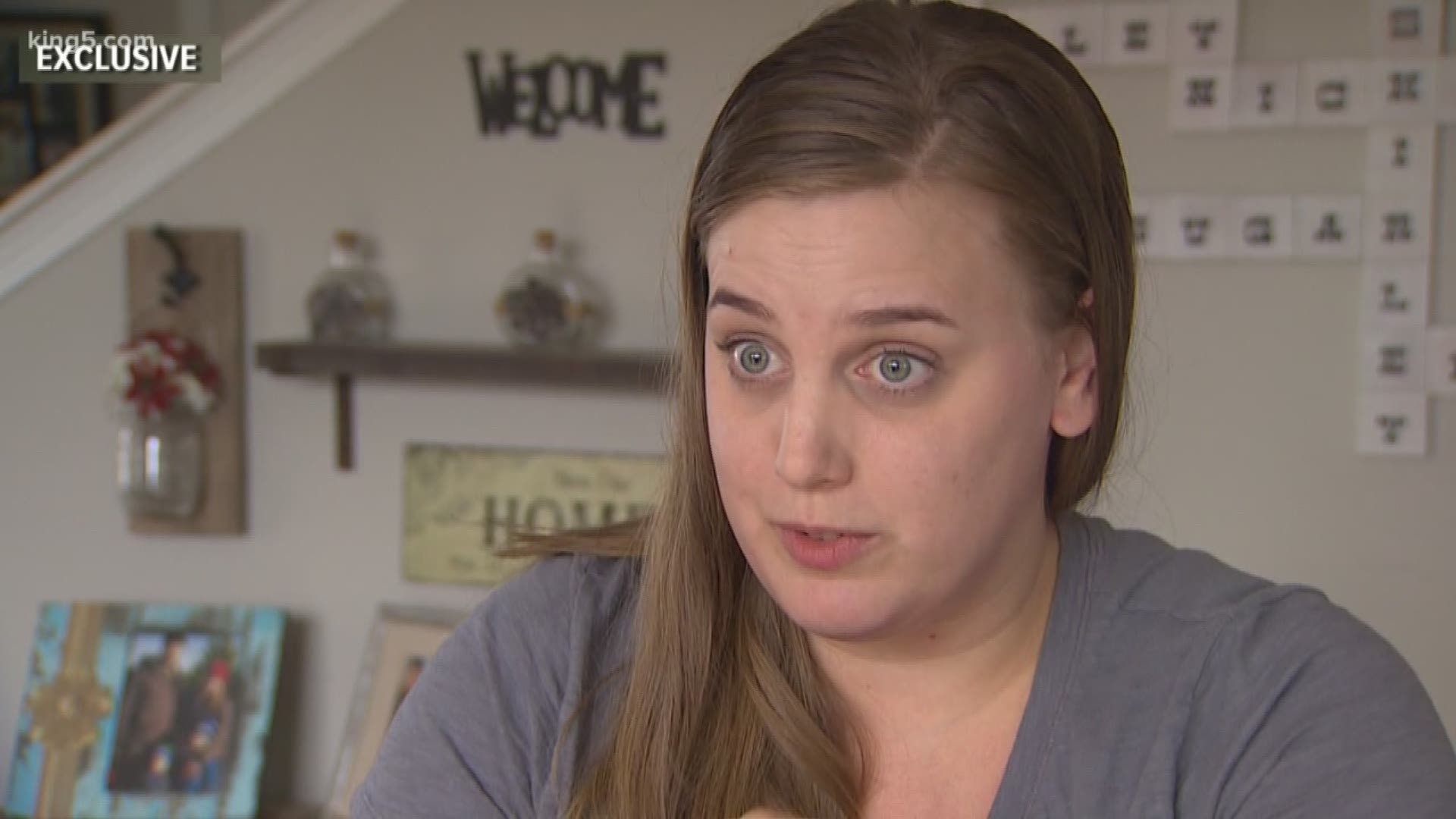 The Orting School District has re-opened an investigation into alleged sexual abuse by a teacher 12 years ago. Two former students claim the same teacher assaulted them between 2004 and 2007.

On Wednesday night, the school district announced the teacher is now on administrative leave.

One of the accusers, Sheridan Mack, said the staff member assaulted her in 2007 while she was visiting the high school after she graduated.

Police interviewed the educator in question and concluded with the city attorney the incident was beyond the statute of limitations, which was two years.

The other former student, Megan Hughes, said she sent emails in August and March to employees of the Orting School District alleging sexual abuse by the same teacher from 2004-2006.

Hughes spoke about her story that launched the investigation.

"It's been over a decade but I still feel that like it happened yesterday," Hughes said. "I was a teenage girl. The person who was abusing me was in power."

Hughes said the abuse started the summer after eighth grade when the teacher started getting involved at her church, and she started babysitting for his family.

"That's when the tickling started [and] wrestling after babysitting at his house," she said. "Little things. You know you feel uncomfortable but you don't know if it's anything that you should share with your parents."

Hughes said when she moved on to high school, the teacher moved up too and began coaching basketball.

"I joined the girls basketball team and he offered private lessons in the morning."

She said the tickling continued and eventually escalated to touching her thighs and leaving bruises. She said the teacher even put his hands on her genitals.

"It does feel like a sacrifice to share something that is so personal. I honestly believe that investigation wouldn't have been relaunched if I didn't make this public," Hughes said.

She hopes her story empowers other women who have experienced something similar to come forward and report it.

Orting Superintendent Marci Shepard sent a letter to parents Tuesday that says, “due to new information,” the district would reexamine the allegations.

“Although we have a legal obligation to protect the identity of those involved and cannot share details about active investigations or personnel actions, I assure you we take every report seriously,” Shepard wrote in the letter. 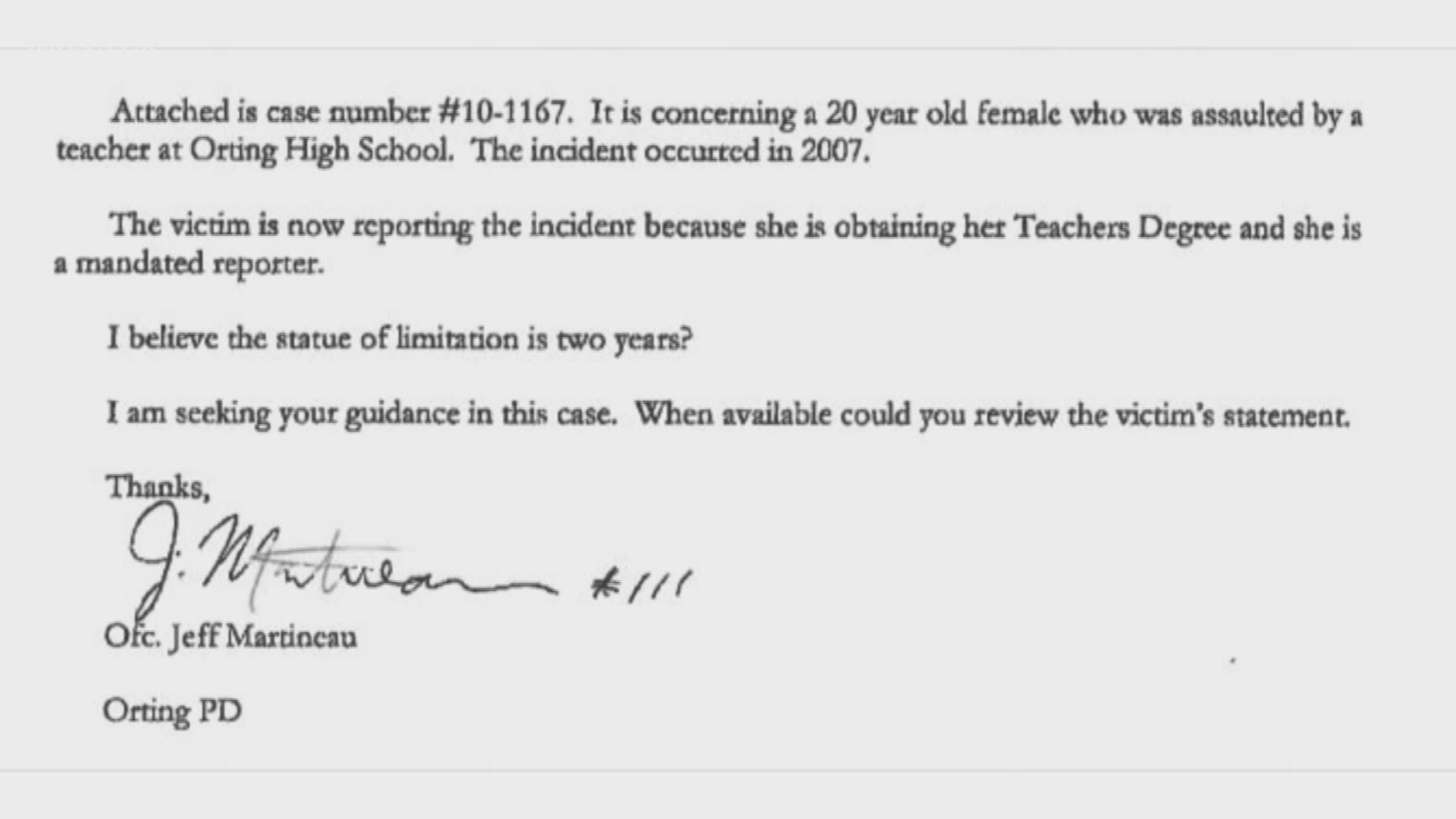 In an initial letter to families Monday, Shepard wrote that the district contacted an attorney and an outside investigator when it learned of the allegations.

“Upon conclusion of the investigation, we were unable to determine on a more likely than not basis that the conduct occurred as alleged,” Shepard wrote.

The district also consulted with police who said they couldn’t move forward due to the amount of time that had elapsed since the alleged abuse, according to Shepard.

One day later, the district decided to reverse course and re-open the investigation.

Orting schools encouraged anyone with a similar experience to report it using their online tool Safe Schools. 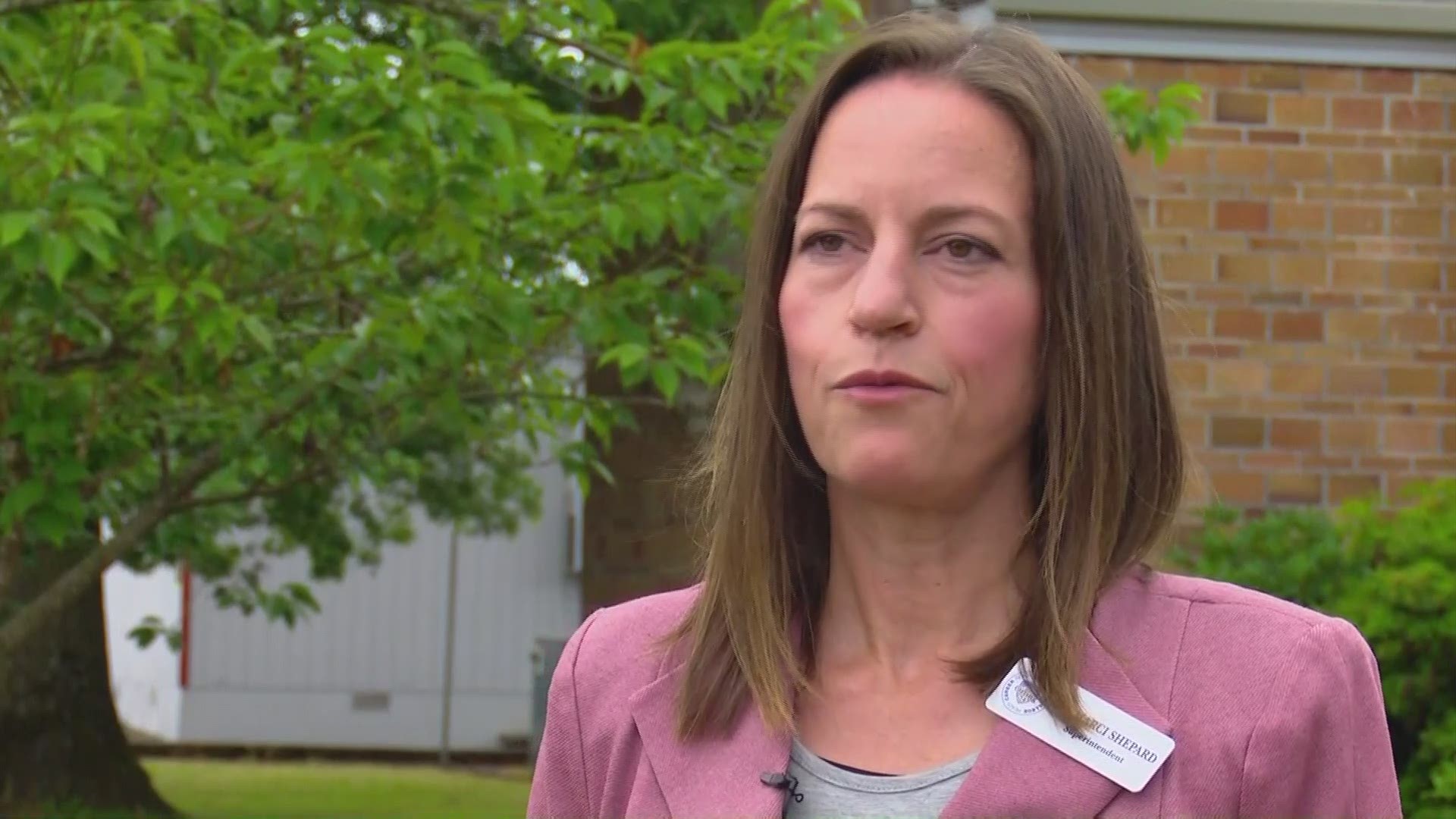