Nolan Cooke, 22, allegedly told FBI officials he went to Washington D.C. because he wanted to be heard. He's accused of posting videos to Snapchat and TikTok. 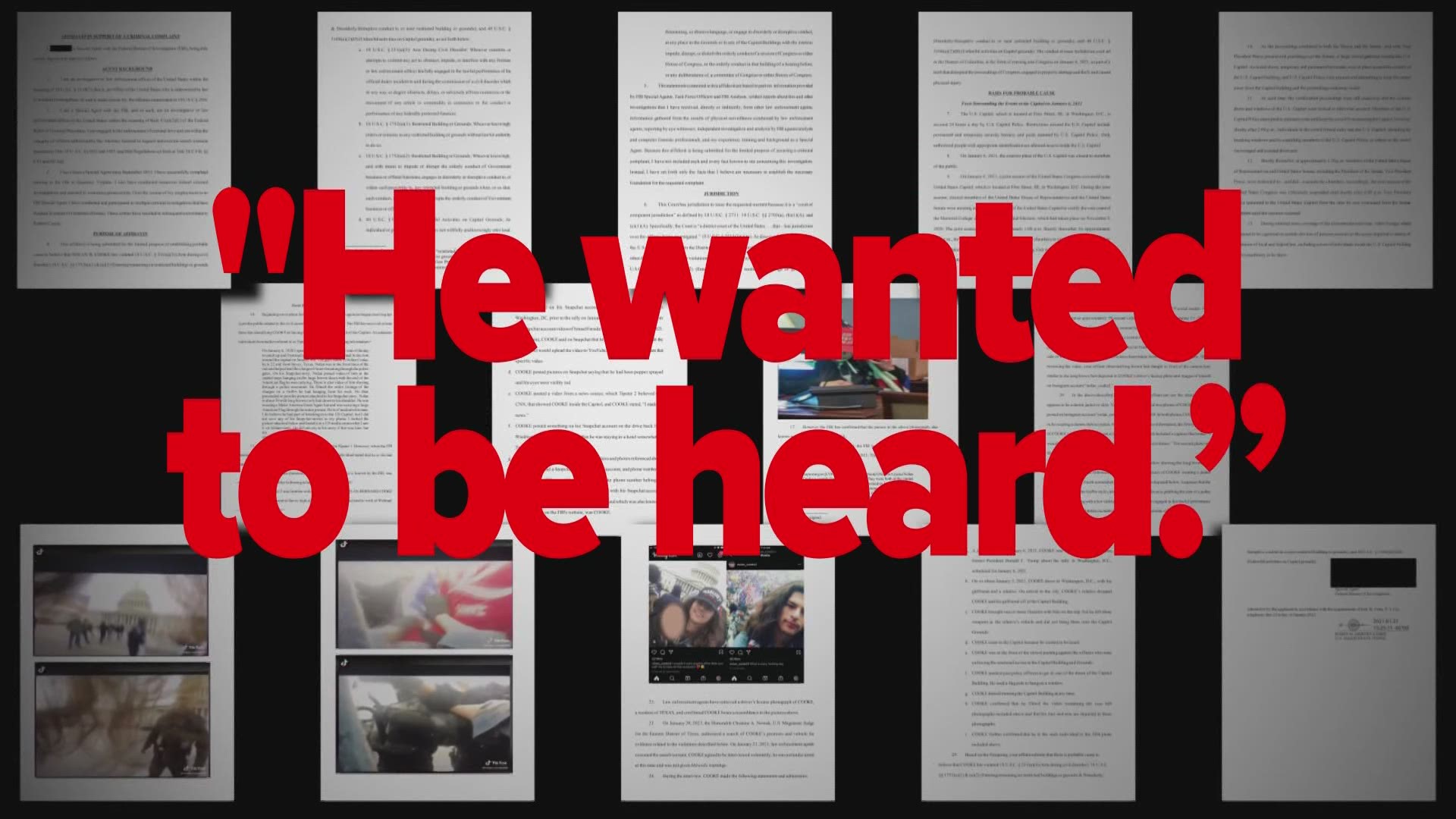 Editor’s note: A photo that previously indicated it was Nolan Cooke has been removed. The FBI confirmed it was not him.

Another North Texas resident has been arrested for allegedly taking part in U.S. Capitol insurrection on Jan. 6, according to a federal affidavit.

The FBI said it received at least three tips from people who saw 22-year-old Nolan Cooke of Savoy, Texas post videos on social media of him at the riot.

Cooke has been charged with three counts in federal court: acts during civil disorder; entering and remaining on restricted buildings or grounds and disorderly disruptive conduct in or near a restricted building on grounds; and unlawful activities on Capitol grounds

According to the affidavit, on Jan. 5. Cooke drove to Washington, D.C. with his girlfriend and a relative after seeing a tweet from former President Donald Trump about a rally.

Upon arriving in D.C., a relative dropped Cooke and his girlfriend off at the Capitol Building.

During an interview with federal authorities on Jan. 21, Cooke allegedly said he went to the Capitol because he wanted to be heard.

He then admitted to being at the front of the crowd pushing against the officers who were enforcing the restricted access to the building, officials said.

The Texan also said he pushed past police officers to get to one of the doors of the Capitol and used a flag pole to bang on a window, officials said.

However, according to federal documents, Cooke denied entering the U.S. Capitol building. FBI officials said during the interview, Cooke admitted to filming a video while at the riot.

One person said Cooke posted a video of him at the Capitol steps banging on the large brown doors with the end of the American flag he was carrying on his Snapchat story.

There was also a video of him shoving through a police encounter. He filmed the entire footage of the charges on a GoPro he had hanging from his neck. Cooke allegedly said he going to post the video to YouTube, the affidavit states.

He was wearing a "Make America Great Again" hat during the riot and was carrying an American flag, according to the affidavit.

Another person said they saw Snapchat videos of Cooke saying he had been pepper-sprayed. At one point he also shared an article of him inside the Capitol while saying, "I made the news."

In addition to the Snapchat videos, FBI officials said Cooke posted about being at the riots on TikTok and Instagram.

Credit: FBI
A screengrab of video that FBI officials said was posted to TikTok.

Federal authorities said Cooke has since deleted all of the Snapchat videos that were described by the tipsters.

The affidavit states that authorities searched Cooke's residence Wednesday. According to jail records, he was taken into custody Thursday and booked at the Fannin County Jail. 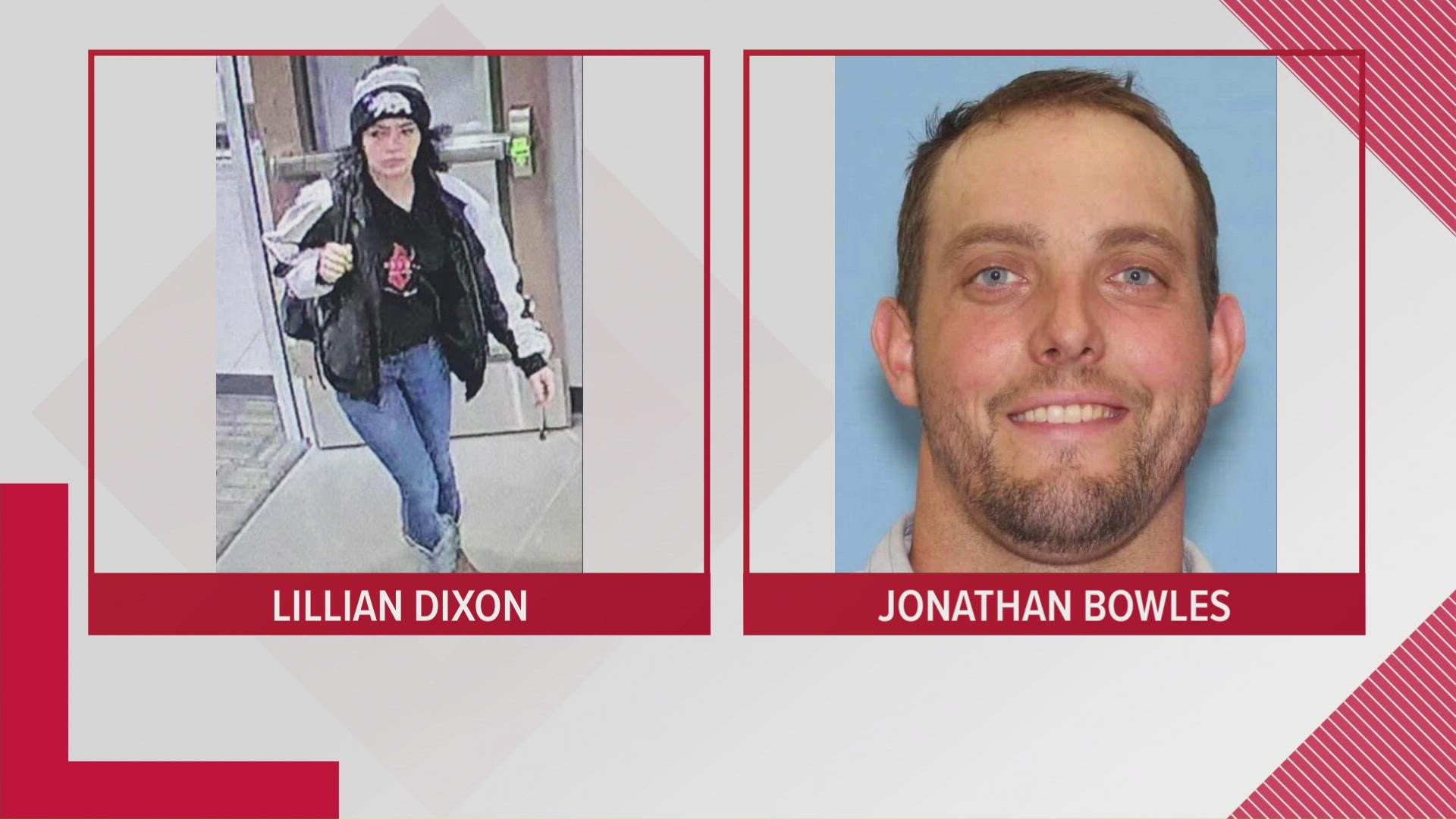