The daughters of Officer Jake Gutierrez, who was killed in 2016, are seeking $21 million for the death of their father. 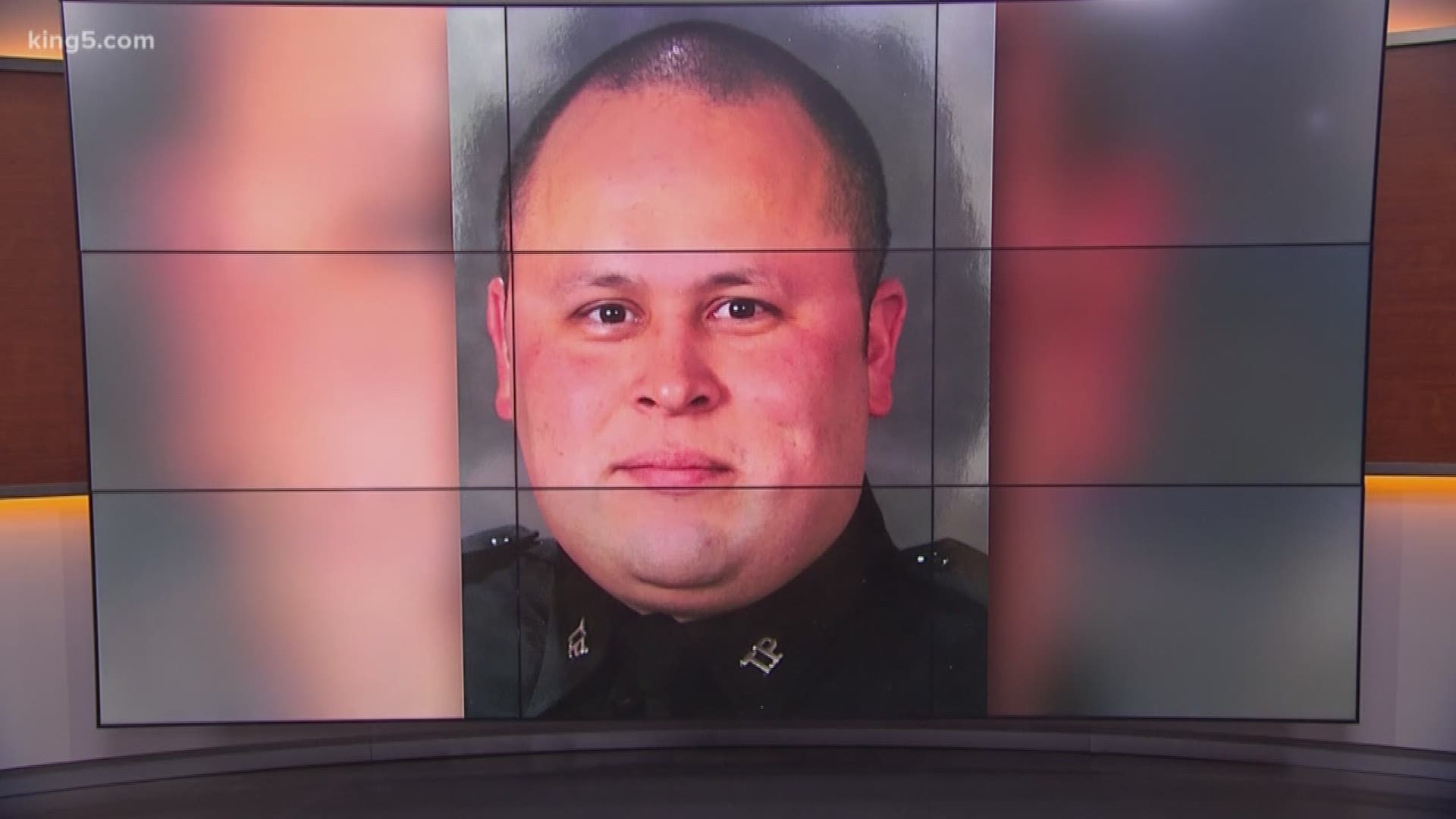 The Tacoma Police Department is facing a multi-million dollar lawsuit stemming from the death of Officer Jake Gutierrez.

Officer Gutierrez was killed with a shotgun while responding to a domestic disturbance in November 2016.

Hours later, a sniper killed 38-year-old Bruce Johnson after a shootout and standoff.

On Wednesday, a lawyer for Gutierrez's daughters filed tort claims on their behalf, blaming the department for not arresting Johnson earlier that month. The claims seek $21 million.

Attorney Loren Cochran says Tacoma police were called to the Tacoma Mall on November 15 because Johnson was seen walking through the mall impersonating an officer. He was wearing a cap with the word "Sheriff" on it, had handcuffs on his belt, and a rifle case over his shoulder. Cochran says Tacoma police confronted Johnson in the parking lot and found a unloaded shotgun in that case.

Johnson reportedly told officers he took his shotgun into the mall because he was headed to the gun range and didn't want to leave it in the car.

Cochran says if officers had run a background check on Johnson they would have found a warrant for his arrest. Instead, officers filed an incident report.

When asked why he was attempting to look like an officer, he reportedly said that he "liked police and wanted essentially to fit in."

Because Washington is an open-carry state, they gave him back his gun and sent him on his way. It was the same gun he used to kill Officer Gutierrez.

Tacoma police declined to comment due to the ongoing litigation.