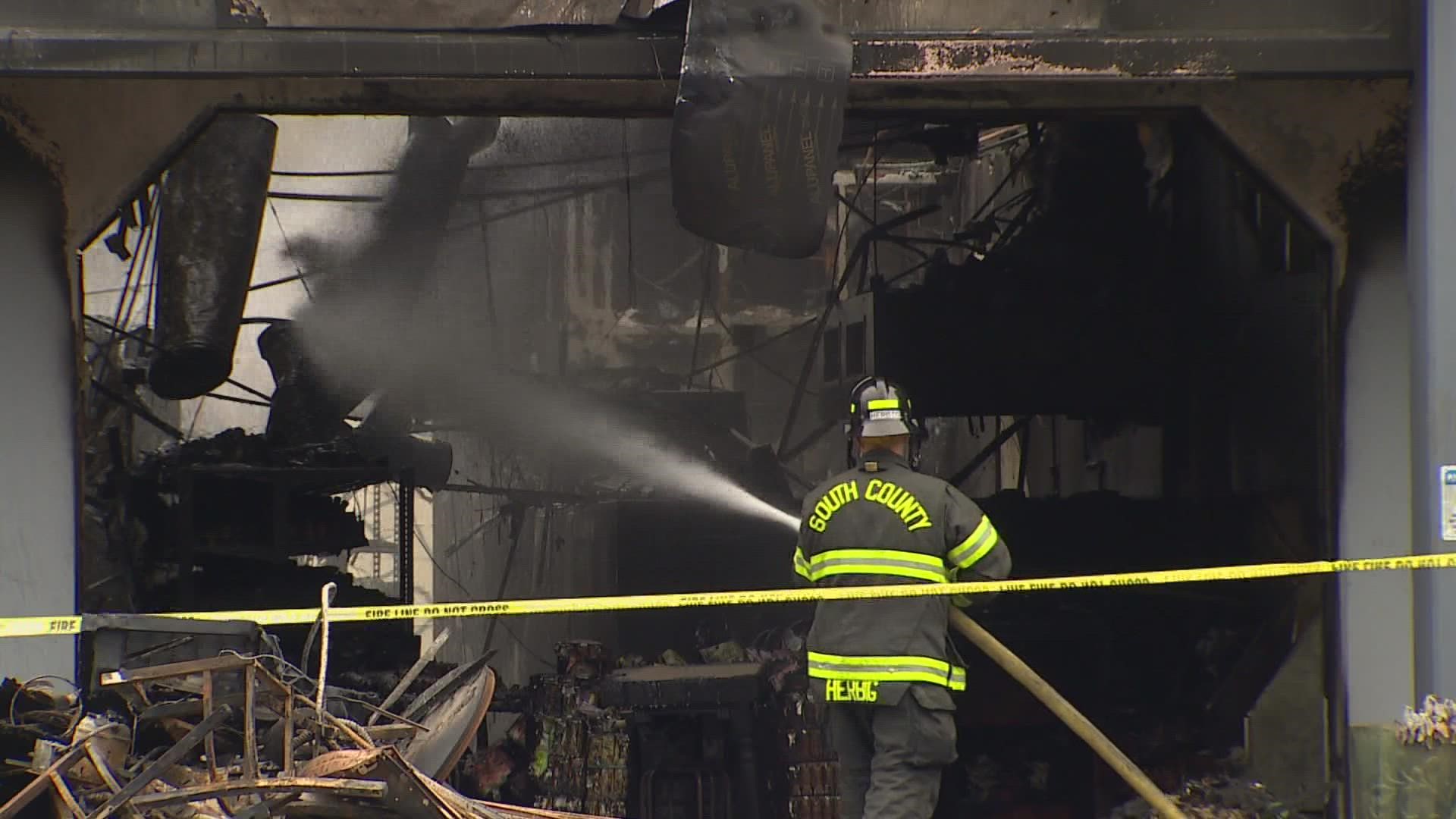 EDMONDS, Wash. — An early Saturday morning blaze that "severely damaged" businesses at the Plum Tree Plaza in Edmonds has been ruled an arson, according to the Edmonds Police Department (EPD).

The incident occurred around 5:30 a.m. Saturday when South County Fire received reports of flames coming from a business in the plaza, located at Highway 99 and 223rd Street SW.

Fire and police personnel were on the scene within minutes of the call.

The three-alarm blaze was eventually contained with the help of multiple fire agencies, totaling about 75 firefighters along with law enforcement personnel.

Investigators found that evidence showed the flames originated in one business, though multiple units were destroyed.

The entire complex, made up of 14 businesses, was damaged in some way whether from the fire, smoke or water.

EPD detectives obtained a search warrant for the property and, with the help of the fire marshal and federal investigators, found clues that suggest the fire was intentionally set.

EPD, South King Fire and agents from the Bureau of Alcohol, Tobacco and Firearms continue to investigate and collect surveillance footage from the area.

Anyone with information about the incident should call 425-771-0212 or email policetips@edmondswa.gov.