Washington state troopers said they are investigating if the driver was impaired during the incident. 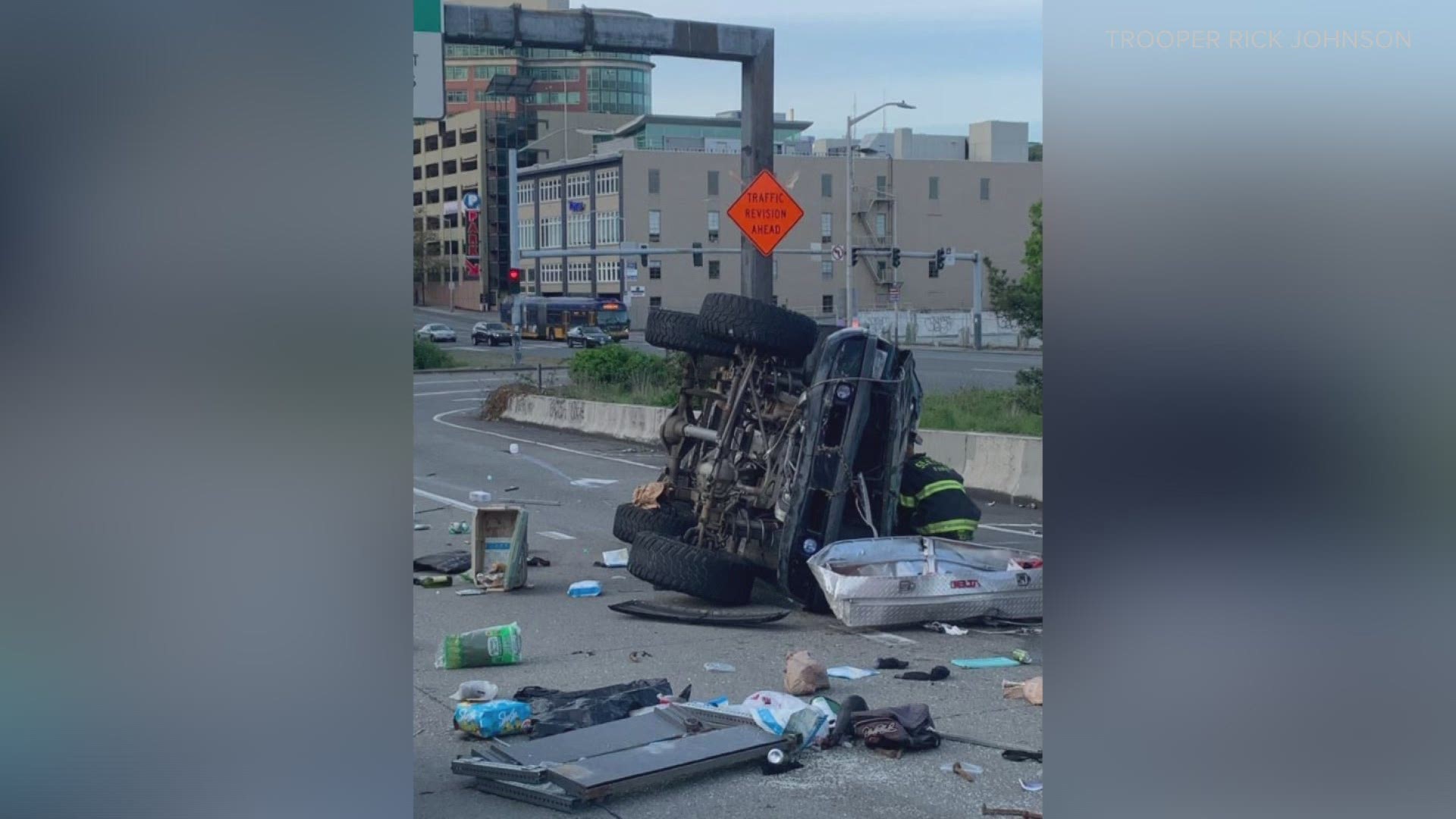 SEATTLE — A driver is in custody after leading Snoqualmie police officers and state troopers on a chase across I-90 Tuesday evening.

Washington State Patrol Trooper Rick Johnson said Snoqualmie police stopped the vehicle Tuesday evening for an unsecured load. The driver told officers he did not have his license and then took off, Johnson said.

State troopers were called in to assist Snoqualmie police with the pursuit, which continued all the way into Seattle.

The driver ended up rolling his vehicle in the area of 4th Avenue S. and S. Royal Brougham Way, according to officials.

The Seattle Fire Department responded to extricate the driver from his vehicle. He had an ankle injury, but was otherwise alert and okay and was taken to the hospital for further evaluation.

Johnson said he will be put in Snoqualmie police custody once he's released from the hospital.

State troopers also said they are investigating if the driver was impaired during the incident.

No one else was hurt.