Video shows a suspect shouting at members and knocking over a statue at the Vietnamese Buddhist Meditation Center in Tacoma. 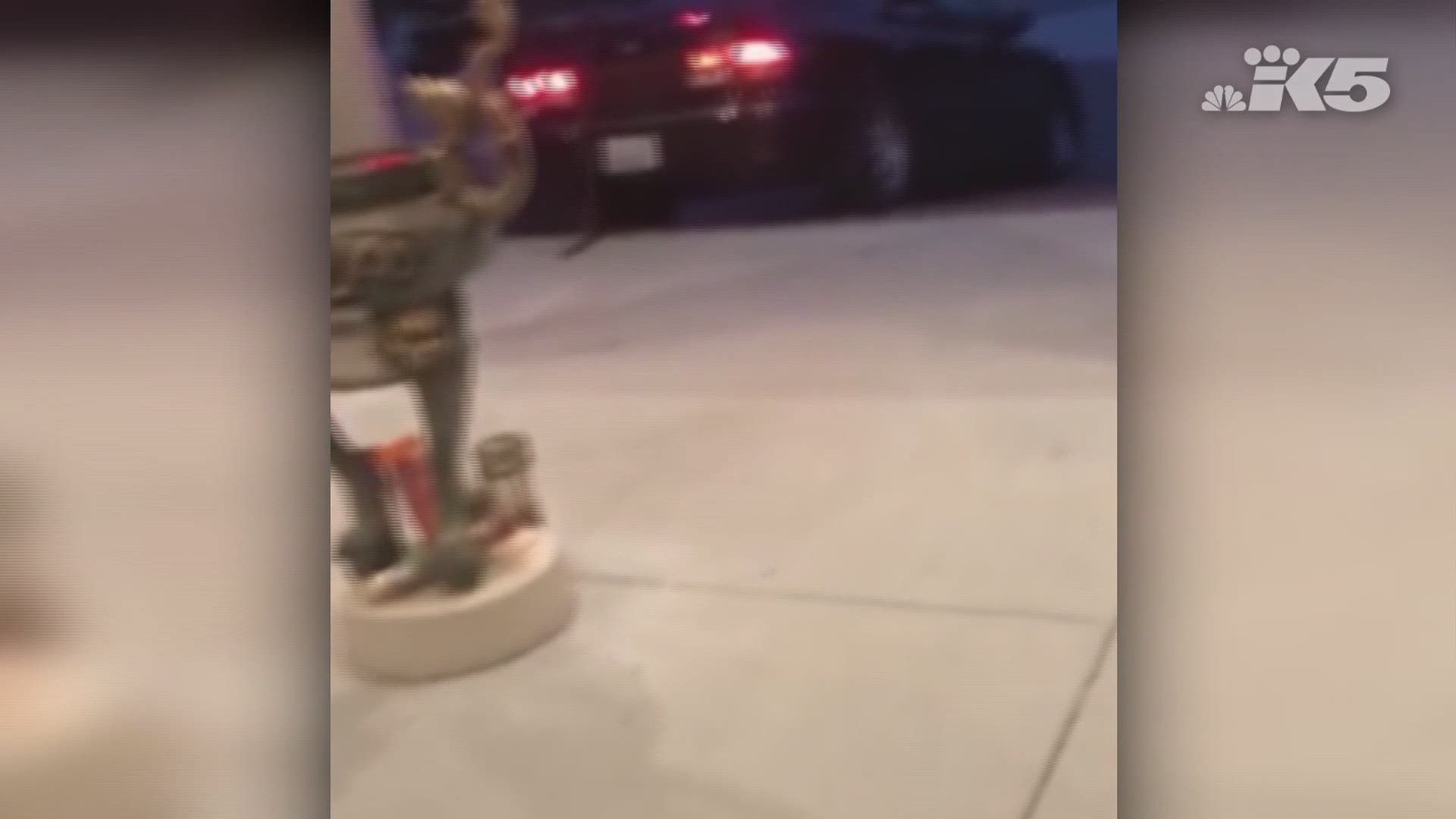 A man is facing charges after he was caught on video damaging a Buddhist temple in Tacoma. Jereme Clarke is charged with second-degree malicious mischief for the June 20 incident

On the video, supplied to KING 5, Clarke appeared to smash a statue near the door of the Vietnamese Buddhist Meditation Center before the recording began, members said he followed nuns and tried to pull a support pillar down with his car. He also repeatedly called the members “devil worshippers.”

Clarke told investigators “God called him” and that he was “doing His work,” according to court documents.

Renee Meschi works with the Pierce County Conservation District and is close with members of the temple. They asked not to appear on-camera for fear of being targeted but said Meschi could speak for them.

“They’re confused about why this happened, and wondering if the whole community feels this way, or if it’s just one individual,” she said.

Meschi said the damaged statue represented a guardian of the temple and was hand-carved in Vietnam. It’s valued around $3,000, she said.

“It’s just a visceral feeling, like a punch to the stomach,” she said, watching the statue fall to the ground.

“In an emotional sense, it’s definitely priceless,” she added.

Meschi said the members are feeling targeted, and that the temple has had property stolen before and a chronic problem with illegal dumping on the property.

She said there have been other incidents, and that this was just the one caught on tape.

“I think they want to know why,” she said. “And that’s not something we can answer other than hate.”

The video led a group of pastors and religious leaders to sign a letter condemning Clarke’s alleged actions.

“The fact that the person arrested in this case chose to invoke his faith as a Christian as part of his racist and anti-Buddhist attack on our neighbor demands we speak out,” they wrote.

Meschi said members of the temple would like to see Clarke charged with a hate crime, to send a message that the behavior is not tolerated.

A Call to Rise Against Hate in Pierce County