Clallam County Sheriff’s Office is asking for the public’s help after a group of people confronted a multiracial family accusing them of being members of Antifa. 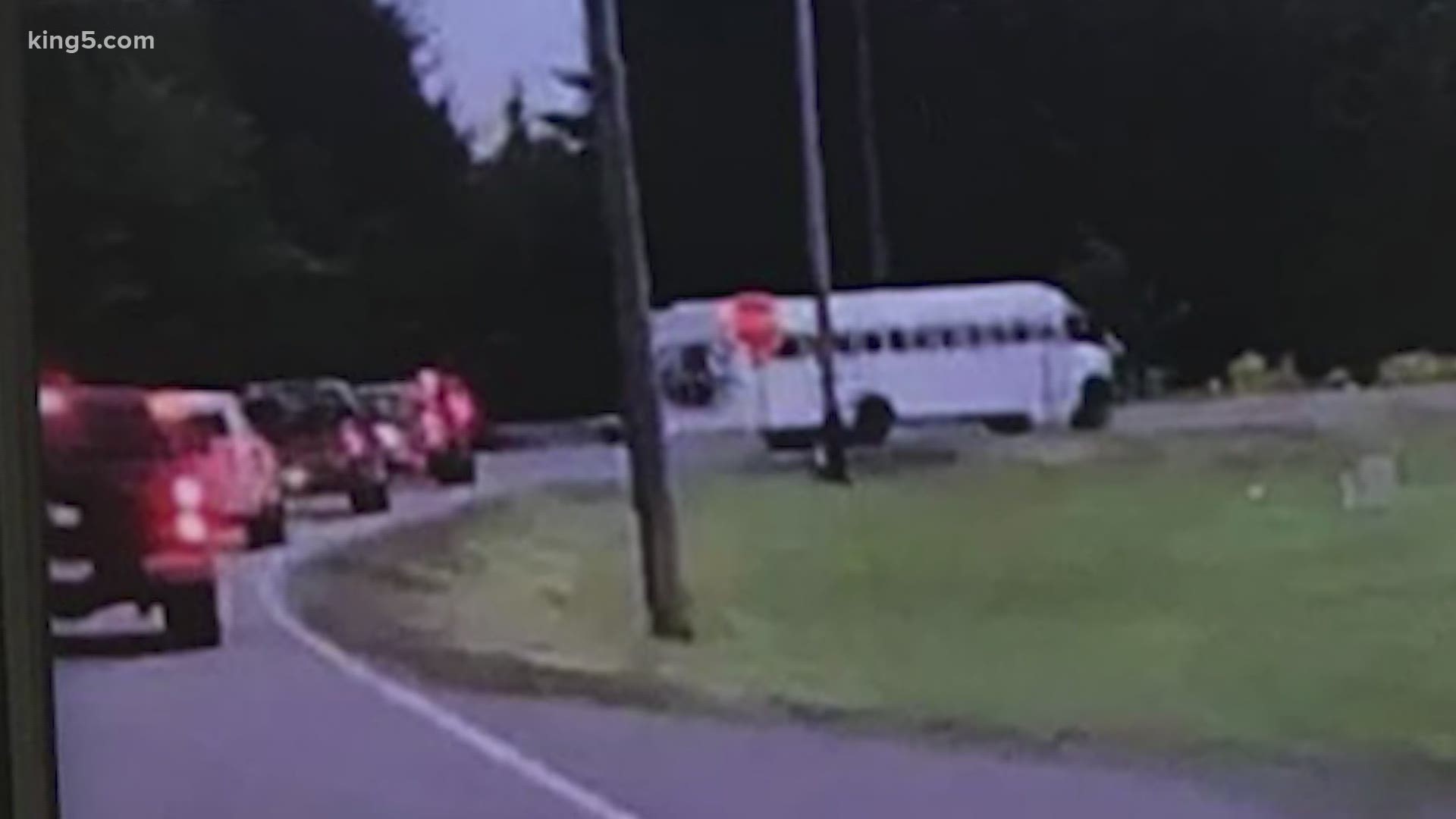 FORKS, Wash. — The Clallam County Sheriff’s Office is asking for the public’s help identifying a group of people who appeared to harass and intimidate a multiracial family in Forks, Washington. The group accused the family of being members of Antifa, a political protest movement opposing fascism and other extreme right-wing ideology, notorious as violent counter-protesters.

The sheriff’s office said the family of four arrived in Forks from Spokane on June 3. The family went to a local store to get camping supplies where they were confronted by "seven or eight car-loads of people" in the parking lot.

Surveillance video released by Clallam County Sheriff’s Office shows a white bus that the family was riding in for a camping trip. About 10 minutes into the video, you can see a crowd begin to form in the parking lot.

The family of four, which consisted of a husband and wife, their 16-year-old daughter, and the husband's mother, told deputies they were approached by a crowd of people that repeatedly asked them if they were members of Antifa. The family said they repeatedly answered no, and that’s when the crowd started to form.

“I’m sad for the town of Forks because it’s really not representative of how we welcome thousands and thousands of people here every year,” said Forks Chamber of Commerce Executive Director Lissy Andros.

The Forks Chamber of Commerce among a growing group speaking out against the alleged behavior of the townspeople.

“It’s heartbreaking,” said Andros. “I mean we work very hard to bring people from all over the world to Forks, so for something like this to happen it’s just it’s heartbreaking.”

According to the sheriff’s office, the family was followed for about 3.5 miles north of Forks to their campsite. A photo posted on the Clallam County Sheriff’s Office Facebook page shows a line of vehicles behind the white bus the family was driving.

“We are seeking information in regards to who the vehicles are associated with and who may have been in the vehicles at the time this photograph was taken,” the post reads.

Clallam County Sheriff's Office
The Clallam County Sheriff's Office is currently seeking information... regarding the procession of vehicles following the family from Spokane, who were mistakenly believed to be members of ANTIFA, on the evening of June 3, 2020. We are seeking information in regards to who the vehicles are associated with and who may have been in the vehicles at the time this photograph was taken.

The family eventually made it to their campsite off of Sitkum Sol Duc Road (locally known as the A Road) and set up their camp. But officials said the family became concerned for their safety after hearing gunshots and power saws down the road from where they were camping, so they decided to pack up and leave.

As they drove down the road, the family discovered someone had fell trees across the road, preventing them from leaving.

The family called 911 for help and law enforcement escorted them back to the sheriff’s department, and eventually helped them continue their travels. The sheriff’s office said they were contacted by four high school students who volunteered to clear the trees from the roadway with their own chainsaws.

Deputies said that though a criminal investigation has been opened, they have no reports of criminal conduct taking place. However, they do call the actions “morally reprehensible.”

Anyone with information is asked to call the Clallam County Sheriff's Office tip line at 360-417-2540 or leave an anonymous tip on the sheriff's website. 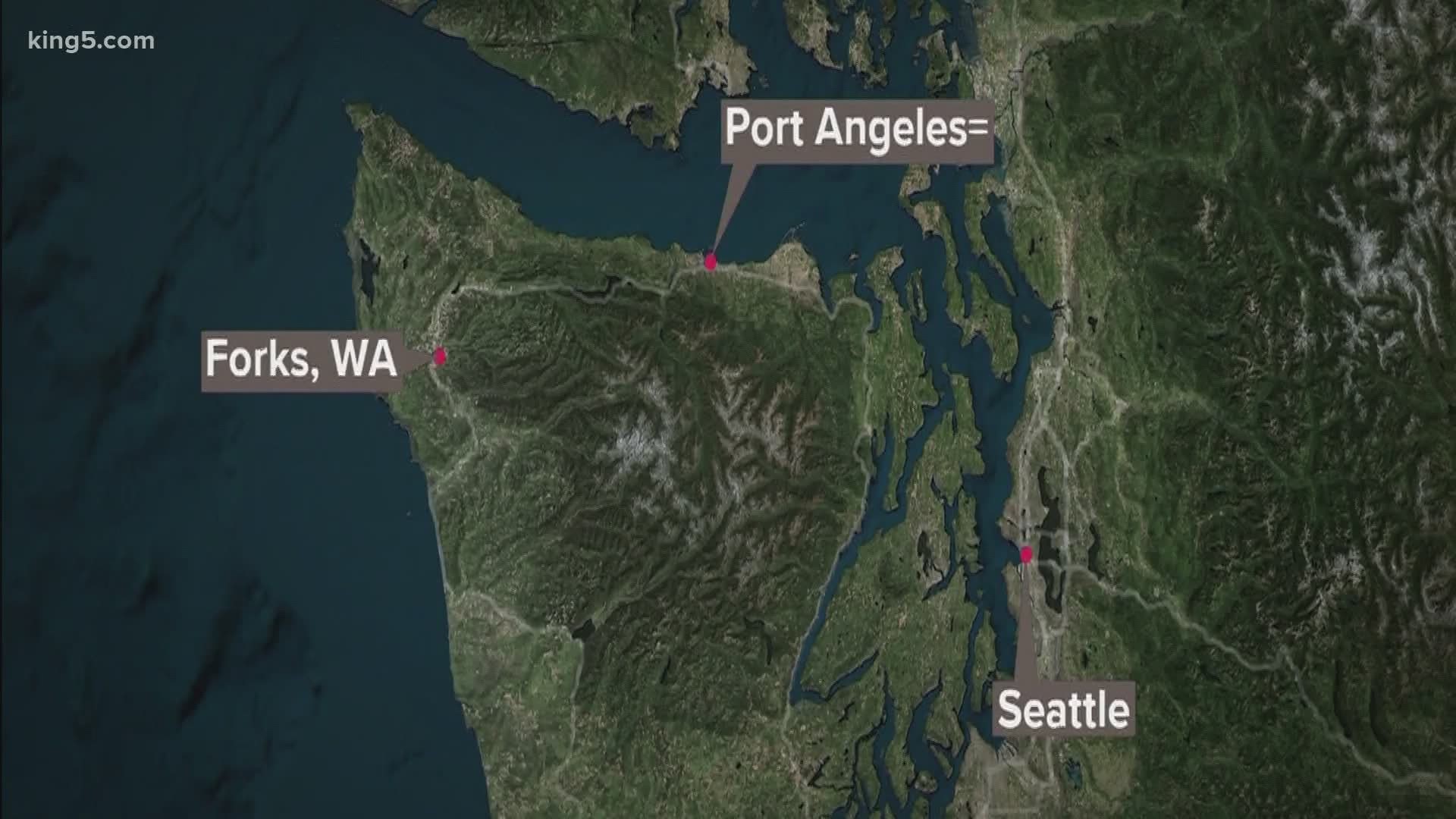