A suspect was arrested Thursday after he attacked an officer with a flaming piece of lumber in South Lake Union. Newly released video sows the moment it happened. 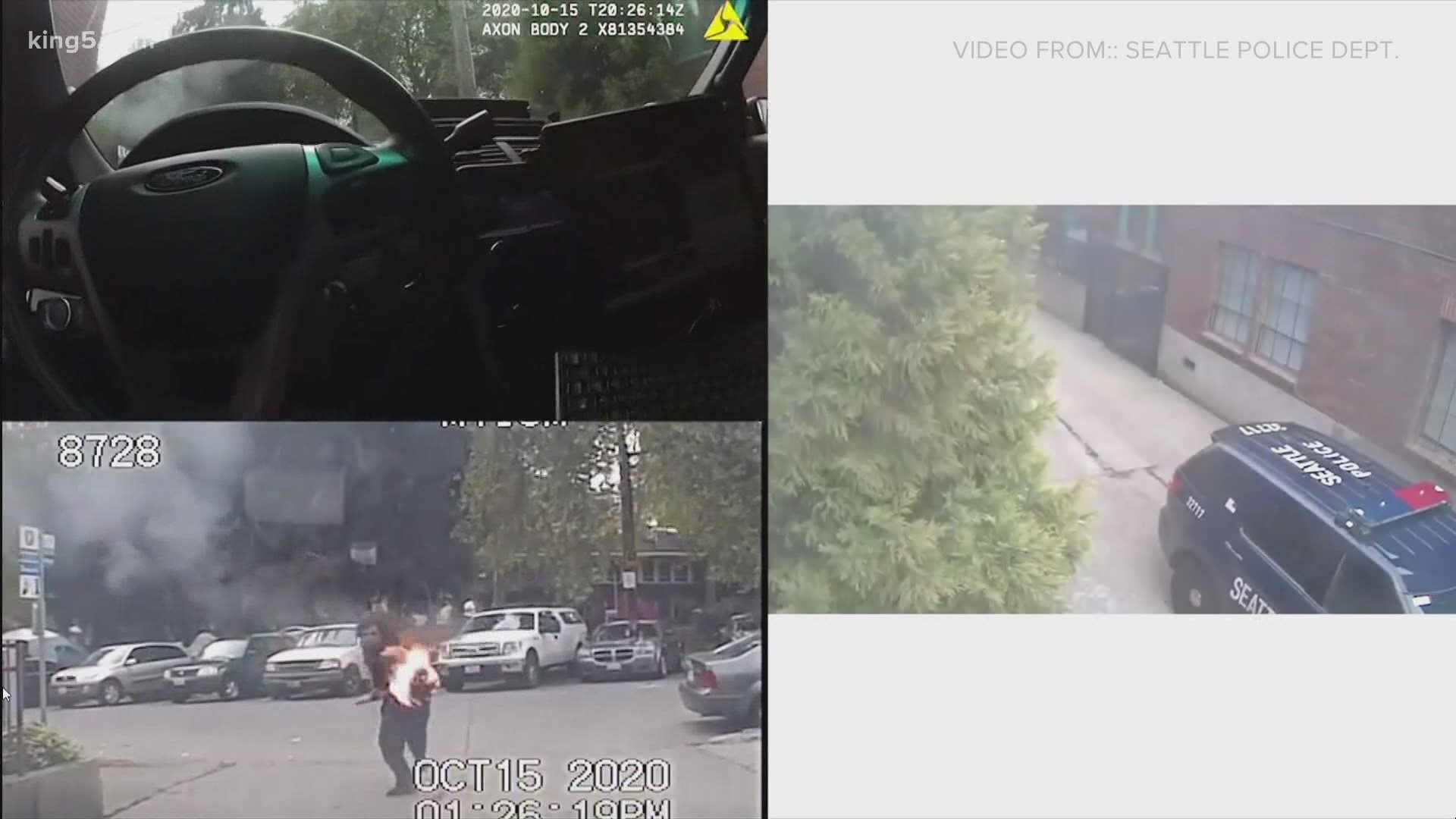 SEATTLE — The Seattle Police Department (SPD) has released video showing the moment a suspect attacked an officer with a flaming piece of lumber while the officer was still in his patrol car.

Seattle police said they responded to the area for a report of a man walking around with a flaming piece of lumber, later found out to be a 2x2.

When the officer found the suspect, the suspect ran up to the officer's patrol car and stuck the flaming piece of wood into the driver's side window, as shown in body-worn, dashcam, and surveillance video released by SPD on Friday.

The officer then fired his weapon at the suspect, who started running away. The suspect was not injured.

Other responding officers were able to take the 37-year-old suspect into custody in a nearby parking garage. He was booked into the King County Jail Thursday evening.

The officer sustained non-life threatening injuries. He was treated at a local hospital and is now on paid administrative leave, which is department policy for officer-involved shootings. The officer has been with the department for one year, police said. 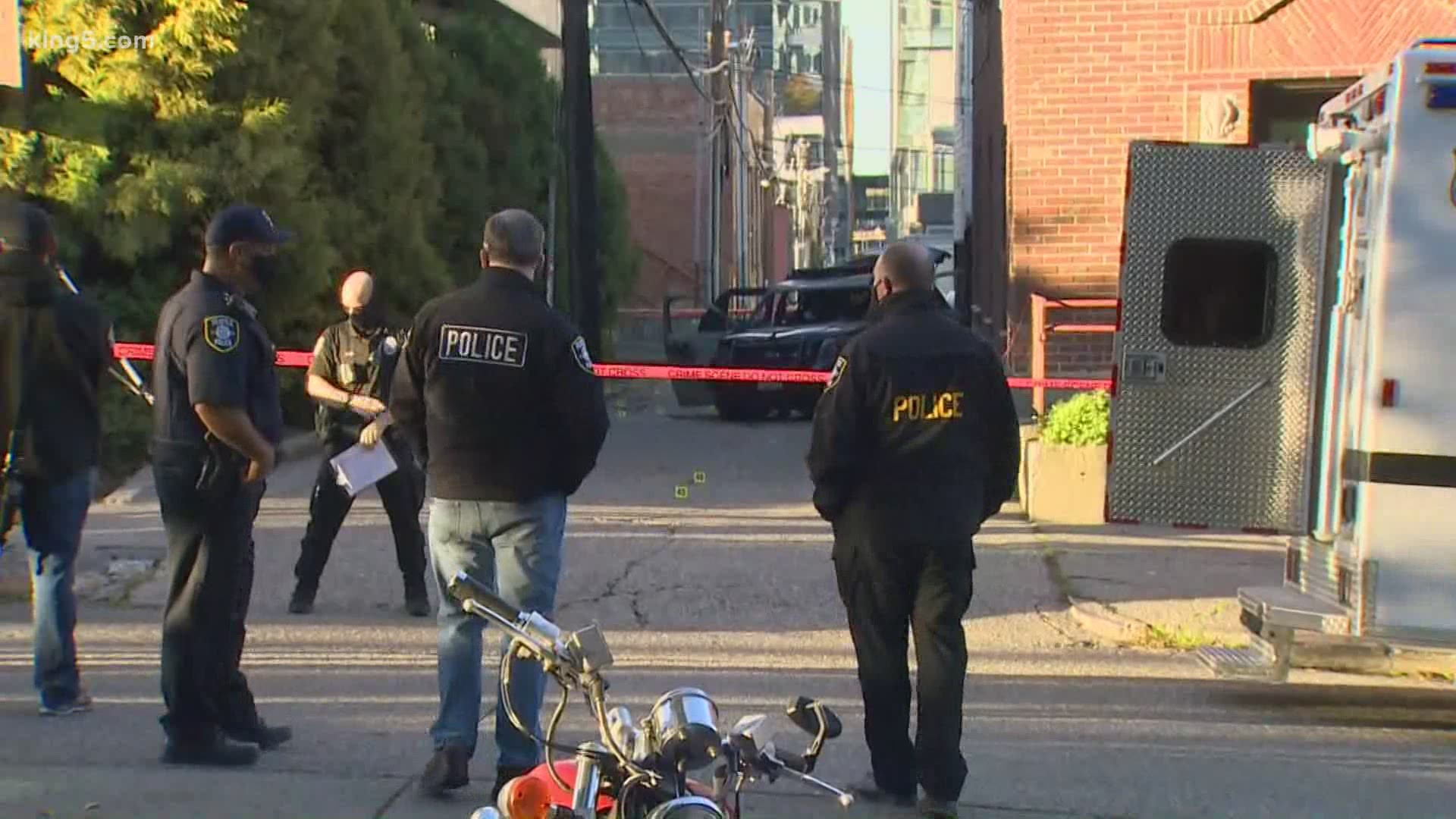