Guillermo Raya Leon was arrested Sunday in Salem. He faces charges of first-degree aggravated murder and possession of a stolen firearm. 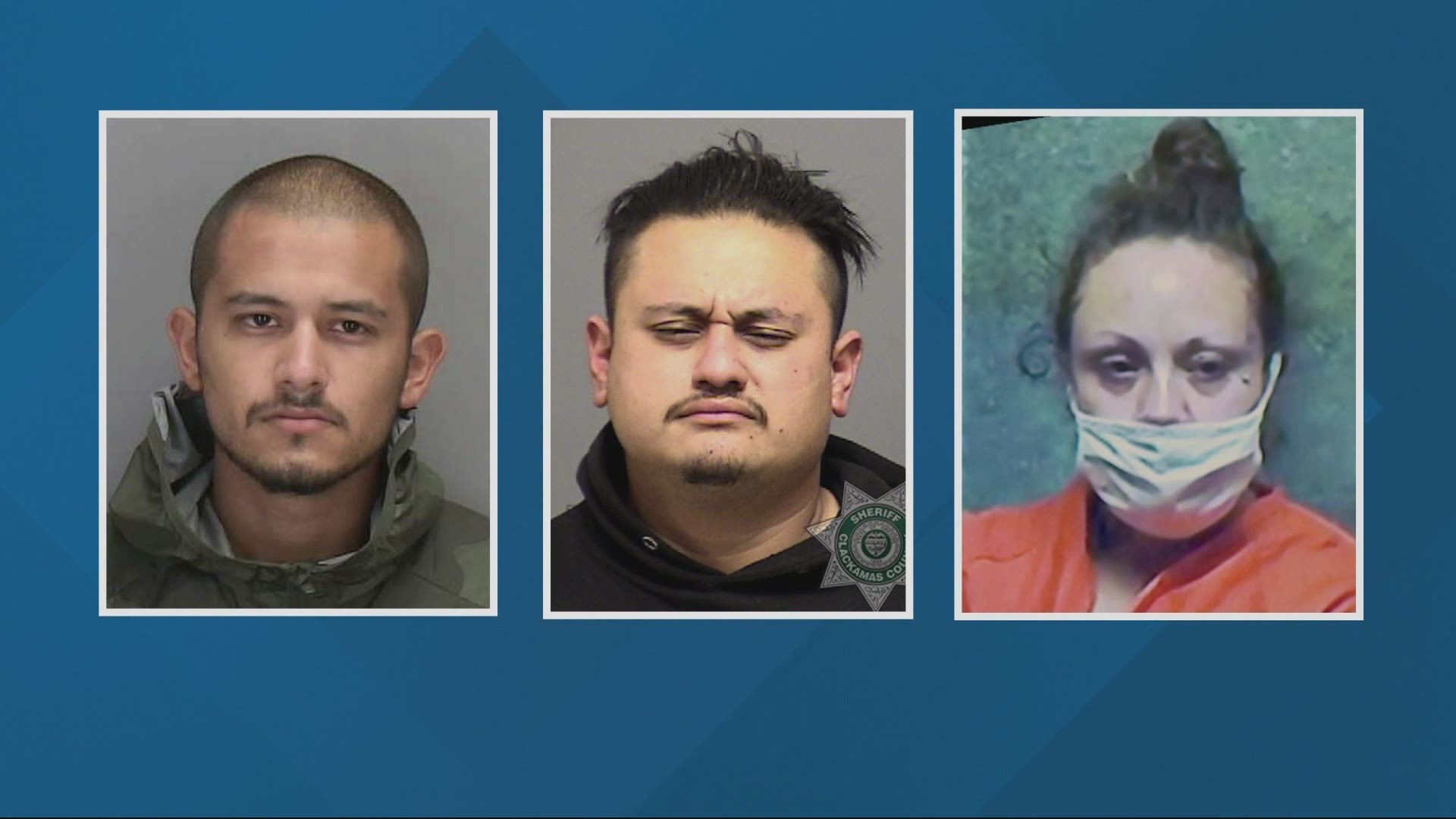 VANCOUVER, Wash. — Guillermo Raya Leon, the suspect in Friday's fatal shooting of Clark County Det. Sgt. Jeremy Brown, frantically told companions on multiple occasions before Brown was shot that he thought he was being followed and watched by police, according to court documents.

Raya Leon was arrested in Salem on Sunday. He's currently being held at the Marion County Jail and will be extradited to Washington state. Court documents show that he will be charged with first-degree aggravated murder and possession of a stolen firearm.

Misty Raya and her husband, Abran Raya Leon, the other two people arrested after Friday's shooting, spoke to law enforcement investigators about what led up to the fatal shooting.

The Clark County Sheriff's Office had a warrant to arrest Misty Raya, 35, in connection with a string of burglaries from June 1-3 at a Public Storage on Northeast 5th Avenue in Vancouver. Misty was alleged to have participated in the break-in in which approximately 30 firearms, including an AK-47, and up to 30,000 rounds of ammunition, among other items, were stolen. Guillermo Raya was also identified as an accomplice in the break-in by another man accused of participating in the burglary, according to court documents.

Several other people were involved, including a man named Brian Clement, who allegedly helped Raya steal a safe containing weapons from the storage unit and unlock it. Clement told investigators Raya told him it would be "lucrative" for him to help open the safe. Clement said he was paid for his services with multiple guns.

Brown was conducting surveillance of Raya and two other men in relation to this break-in on the day he was shot.

Misty and Abran said Raya Leon told them multiple times before Friday's shooting that he was afraid "they were being followed" by police, mentioning that he'd seen unmarked vehicles wherever they went.

Misty said she watched Raya Leon after he left. She said he didn't walk directly to the Jeep but took an alternate route to get there. She then saw him speaking with the person inside the Jeep from the driver's side window. Shortly after, she said she heard several gunshots. Other witnesses who spoke to law enforcement said they heard one shot, a pause and then several more gunshots. Some said they heard as many as five shots.

Abran told law enforcement he didn't see Raya Leon at the Jeep or hear gunshots, but he said sometime after Raya Leon left the apartment, he returned and said they needed to leave immediately. They got in a silver Toyota SUV and started to drive away, stopping briefly so Misty could get in.

After investigators heard gunshots, they saw the silver SUV speeding away, with two men and one woman inside. They followed the SUV and tried to communicate with Brown via police radio but got no answer. Residents of the complex found Brown inside his vehicle and said he'd been shot once in the chest. Brown later died at the hospital.

The driver of the silver SUV eventually crashed near Interstate 205 and Padden Parkway. The three occupants abandoned the SUV and ran. After a search, law enforcement found Misty and Abran in a backyard and took them into custody.

Misty and Abran both told police they noticed that Raya Leon had a large, silver revolver. They said Raya Leon told them that Brown shot at him first and that he shot back twice but Brown ducked down and wasn't hit. Misty told police that Raya Leon still had the revolver when they drove away in the silver SUV and after they got out of the crashed SUV and ran.

After Misty and Abran were taken into custody in a backyard, investigators found a large, silver revolver in the backyard. The revolver was "found to have one spent (fired) shell casing in the cylinder underneath the firing pin," the probable cause affidavit reads. Police said a serial number check on the revolver revealed that it was stolen.

“One of the guns that was stolen in this case by the defendant and her co-defendants, the state has compelling evidence at this time that one of those guns was the gun that was used to kill Detective Jeremy Brown,” said Clark County Prosecutor Tony Golik.

READ: Declaration of Probable Cause for Misty Raya