A felon attempting to buy a gun will likely be stopped by the required criminal background check. Here's how a Stanwood man got around it. 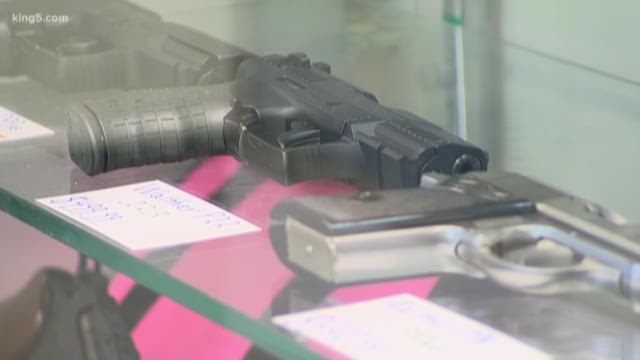 A Stanwood man with a lengthy criminal record faces more prison time after a federal jury in Seattle convicted him of possessing firearms and a silencer.

The case of Robert Stanard highlights a common way that criminals get guns: through the use of a “straw” purchaser.

Assistant United States Attorney Andrew Friedman, who prosecuted Stanard, explains: “Felons and other people with a criminal record who aren’t allowed to have guns who are looking for a straw purchaser will find someone with a clean record who will be able to find a gun; presumably someone they know, someone they’ve agreed to pay. Someone who is a friend.”

A felon attempting to buy a gun will likely be stopped by the required criminal background check.

Snohomish County sheriff’s deputies were called to Stanard’s Stanwood home in late 2016 for a domestic violence incident in which Stanard said “…he would have a shootout with them,” according to Friedman

Stanard’s wife led deputies to a gun case in a shed and an AR-15 rifle and piles of ammunition inside. They also found a bulletproof vest and a silencer.

Stanard is prohibited from owning all those things because of multiple convictions, including a 2001 plot to blow up a man at Port Angeles motel.

Stanard’s wife, Anna, admitted that she purchased the rifle. She was the straw purchaser.

Texts messages between husband and wife showed that Stanard goaded her into making the purchase.

“Why the hell do you need an ar 15” asked one text from Anna.

But Anna Stanard wasn’t charged in the case.

“She testified about the facts that led her to buy a gun for her husband. She was truthful and cooperated with the investigation,” Friedman said.

Robert Stanard will be sentenced in April.