Because of the potential for serious injury and the fact that someone is tampering with the public power supply, the FBI is now assisting in the investigation. 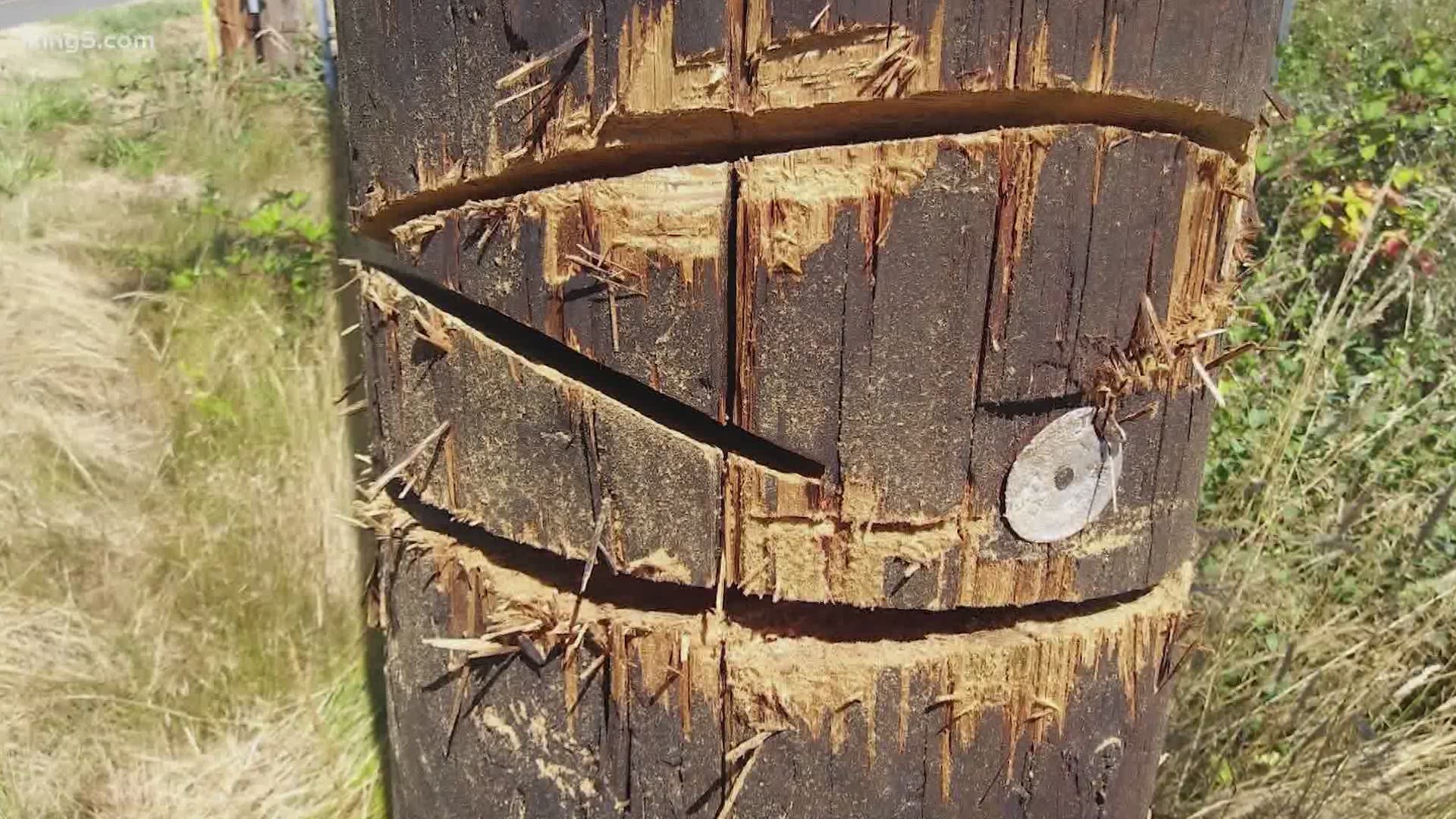 LYNNWOOD, Wash. — Several power poles in Snohomish County have been vandalized with a chainsaw. Now local authorities and the FBI are searching for a suspect and motive.

It started in the middle of the night last Wednesday with a power outage reported near Maple Road and Butternut Road, just outside Lynnwood city limits.

Someone had cut through the pole with a chainsaw, leaving it dangling from high voltage wires overhead, near a substation and in the middle of a neighborhood.

Lynnwood Police Commander Sean Doty said that case is especially unsettling considering the lines carry more than 12,000 volts. They are so powerful, you wouldn't even have to touch them to get electrocuted.

"That could've been a fatal situation for whoever was standing nearby," said Doty. "Just due to the proximity to the substation that's there and the current they're carrying. Very dangerous."

As if that weren't enough, it appears the same person tried to cut down four more poles between the popular Interurban Trail and I-5 near the Alderwood Mall.

"It doesn't take a lot of imagination to understand how dangerous this could've been if those poles had actually come down," said the PUD's Thompson.

Both police and the PUD are increasing patrols along the power lines.

Doty said he is especially concerned because this doesn't appear to be the work of a random vandal.

"It's scary," he said. "The determination that was shown, first being successful one day and then coming back and trying four more, that says to me it's more than just kids vandalizing. It's more serious."

Because of the potential for serious injury and the fact that someone is tampering with the public power supply, the FBI is now assisting in the investigation.

Lynnwood police have no suspects at this point and are still searching for a motive. 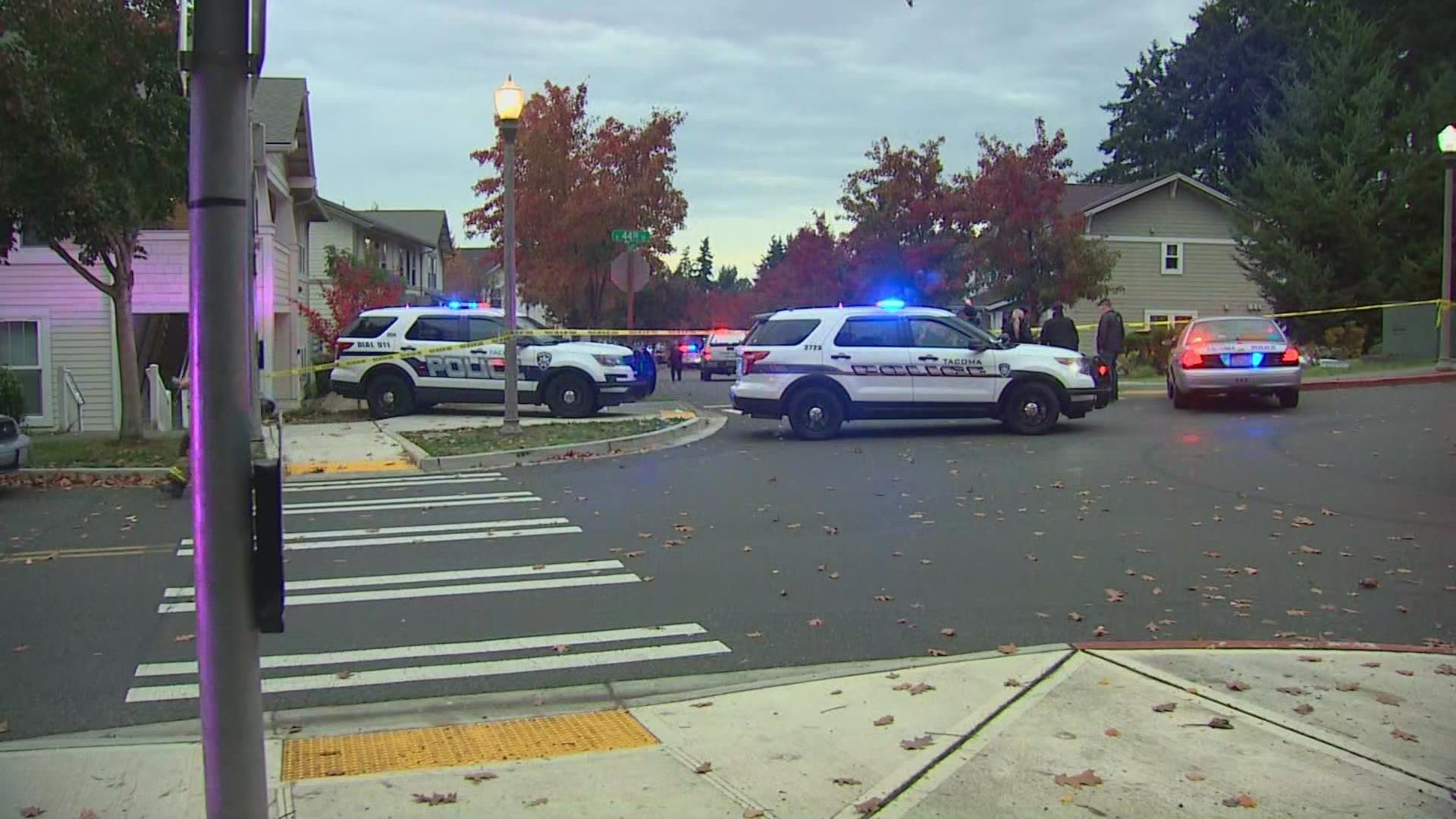