Ex-Seahawk Chad Wheeler pleads not guilty to assault of girlfriend

Offensive lineman Chad Wheeler, who is no longer with the Seahawks, plead not guilty Monday to a charge of domestic violence assault. 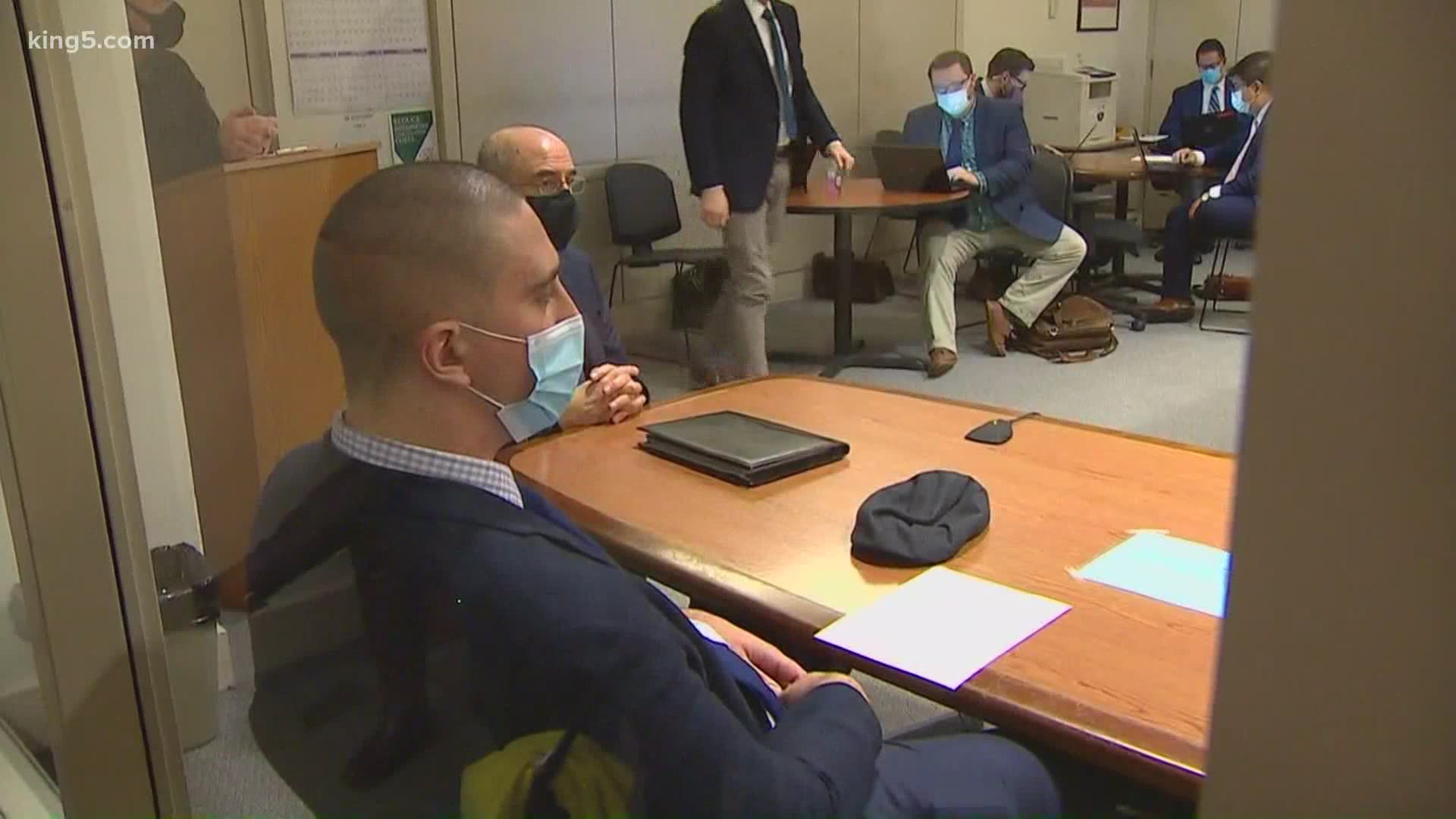 Wheeler's bail was set at $400,000. He was ordered to remain in the King County area while on electronic home detention.

Wheeler's girlfriend had a statement read on her behalf during his arraignment Monday, where she objected to him being out of jail, saying she does not feel safe.

"This current status places my safety at risk, and I do not believe that a protective order or a condition of release is sufficient to keep me safe," said the statement.

On the night of Jan. 22, Kent police were called to an apartment around 9:40 p.m. for a domestic dispute. A friend of Wheeler's girlfriend called 911 to report she was locked in a bathroom after a physical fight, according to a police report.

Wheeler's girlfriend then called 911 and was "heard breathing heavily" as she said "she was being 'killed,'" according to the police report.

In the court statement, Wheeler's girlfriend described the abuse allegedly inflicted by Wheeler.

"When Chad attacked me, he first sat on top of me, choked me, stuffed his fingers down my throat and covered my nose and mouth with his hands. I begged him to stop. When I tried to get away, he broke and dislocated my arm," the statement said.

When officers arrived, they could hear a female screaming. They forced their way into the apartment - and then the bathroom - to find Wheeler and his girlfriend there. Police pulled Wheeler's girlfriend out of the bathroom and eventually detained Wheeler after he "did not comply," according to the police report.

After being detained, Wheeler was "yelling 'Sorry!' repeatedly and heard crying out, 'I don't beat women!'" according to the police report.

Wheeler's girlfriend said she is still undergoing medical treatment for her injuries.

Following Wheeler's arrest, the Seahawks cut him from the team. Wheeler then apologized on Twitter for the "pain and suffering" he caused and said the events "transpired from a manic episode."

"It is time for me to walk away from football and get the help I need to never again pose a threat to another," Wheeler tweeted. "I cannot express my sorrow or remorse enough. I am truly ashamed."