SPD said the man told the victims, who are both Asian, that “it’s all your fault," blaming them for the coronavirus. 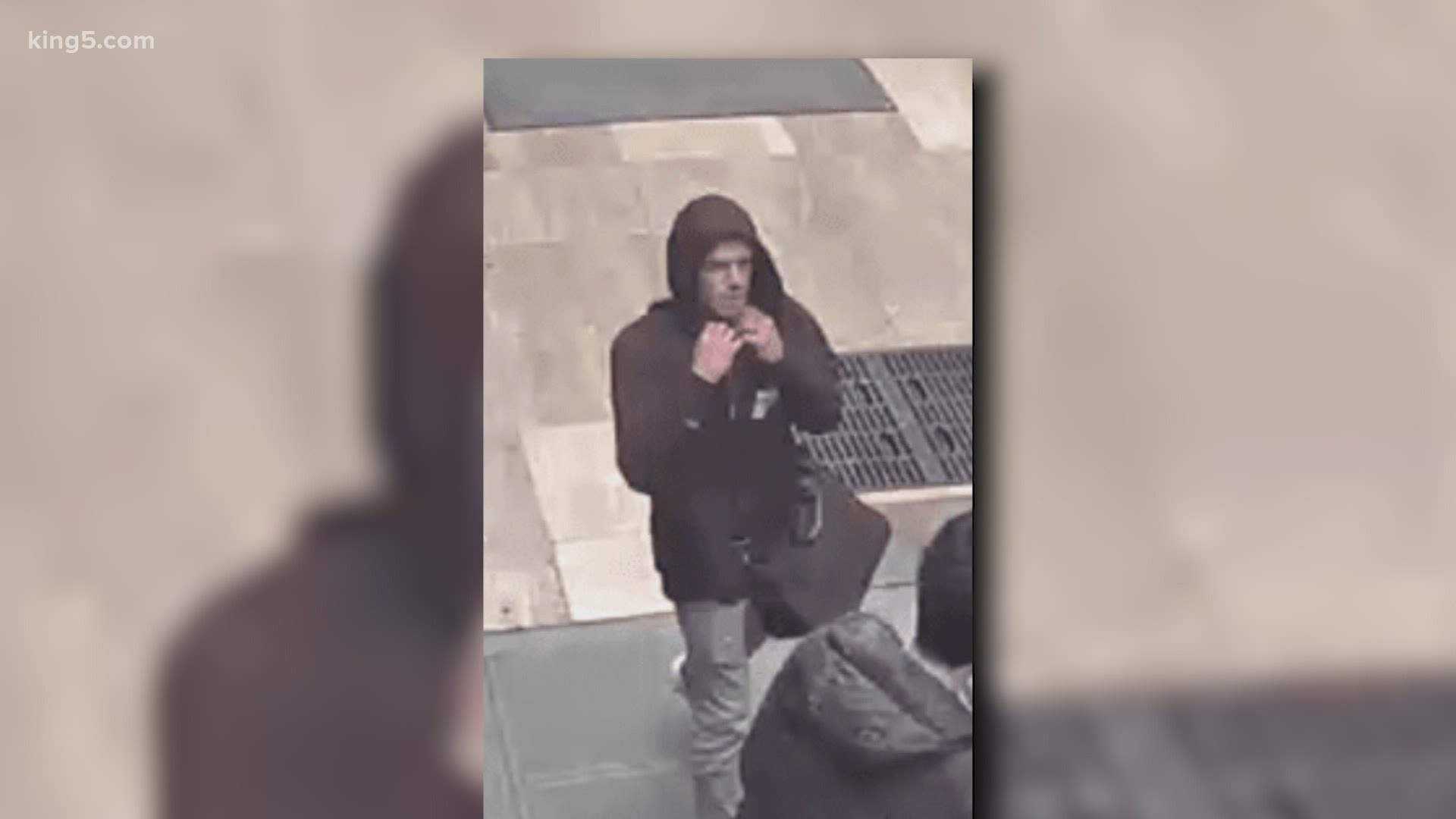 SEATTLE — The Seattle Police Department's Bias Crimes Unit is looking to identify a man who attacked and spat on an Asian couple who were walking in downtown Seattle.

The couple was walking near 3rd Avenue and Stewart Street around 4:15 p.m. on May 16 when the suspect, caught on video, can be seen shoving a man in the face, slapping at his face mask and knocking off his glasses.

The suspect told the victims, “it’s all your fault.”

In the video, the man is seen lingering after the initial assault and appears to exchange words with the victim.

The couple walked into the West Precinct and made a report.

Officers called for a medical unit to check on the male victim, who had minor injuries to his hand during the incident.

SPD said they did not have resources available to provide an officer for comment to KING 5.

The assault on the couple is just one of dozens of incidents reported recently during the coronavirus pandemic.

SPD’s Bias Crimes Unit is investigating the case and is asking anyone who can identify the suspect to call 206-233-5000. 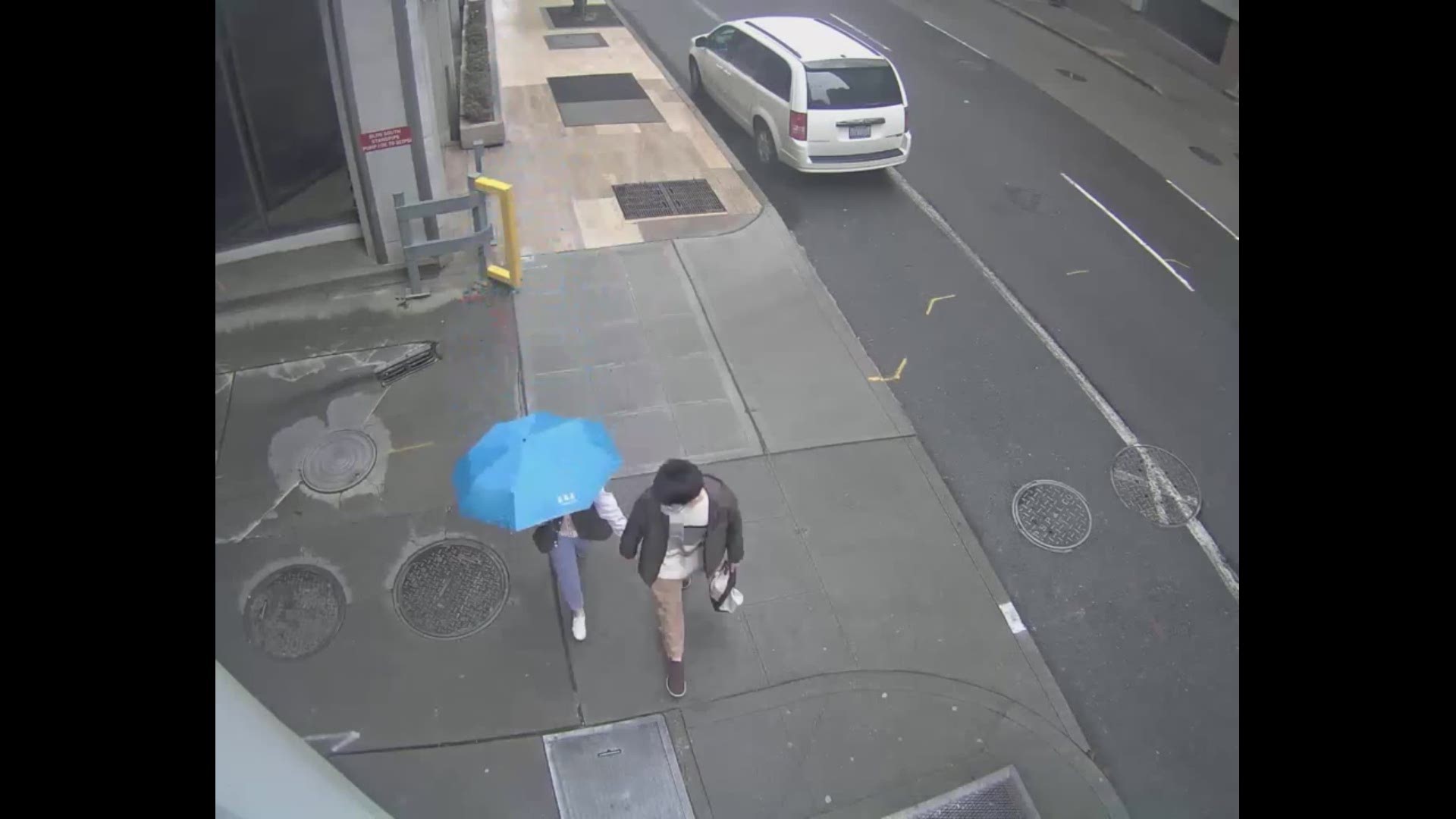