Bothell teacher lied about being assaulted at school, police say

Cal Pygott said he was attacked from behind in his classroom last spring. 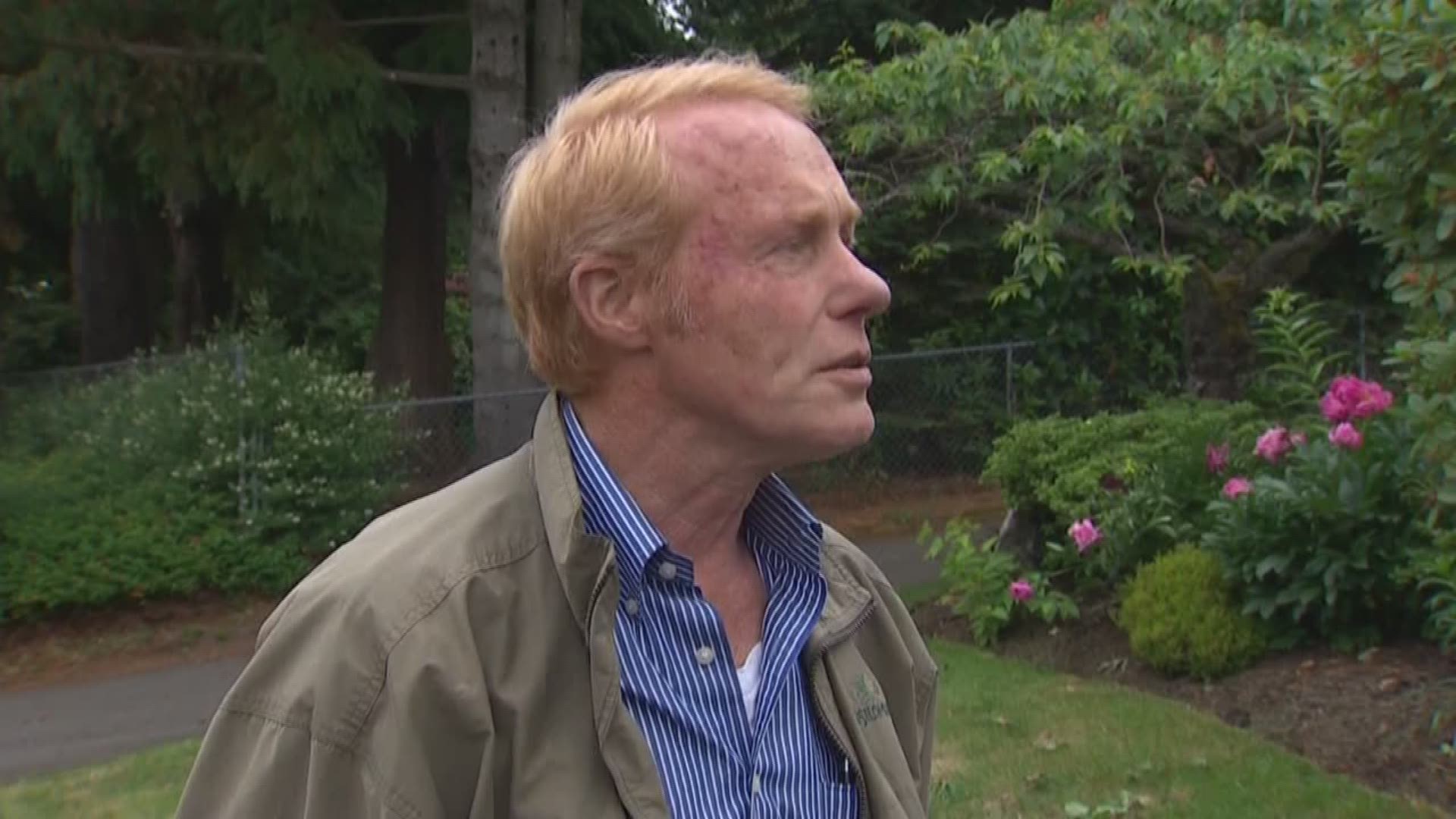 BOTHELL, Wash. -- Police said Thursday a Bothell High School teacher who said he was assaulted from behind in his woodshop classroom last May staged the attack himself.

Cal Pygott said he was working on a loud machine in his classroom and wearing ear muffs May 19 when someone came from behind and hit him hard enough that it knocked him out. He said he woke up with a zip tie around his neck, and the attack left his face red and swollen.

Another staff member found Pygott stumbling outside the classroom, removed the zip tie and called 911. Pygott was taken to Harborview Medical Center. Police said he did not sustain serious injuries.

Police said Thursday evidence, including a hammer, the zip tie, blood, and a piece of butcher paper with the words "This man is not God" written on it, and fingerprints were collected from the scene. Detectives also conducted several interviews.

"Throughout the investigation, inconsistencies were apparent between Mr. Pygott's statement and the evidence observed and collected," said Sgt. Ken Seuberlich, Bothell Police Department. He added that surveillance video from the school showed no signs of a suspect.

Detectives gave Pygott a chance to change his story, but he did not according to Seuberlich. He agreed to take a polygraph test, which showed he was deceptive, Seuberlich said.

When Pygott was confronted with the evidence and the results of the test, he confessed that he staged the assault, Seuberlich said. But Seuberlich would not reveal why Pygott said he did it.

KING 5 reached Pygott by phone Thursday, but he did not comment.

It will be up to prosecutors to determine what charges Pygott will face for making up the story.

Students and staff were shaken up after the alleged assault. Classes were canceled for one day as a precaution.

“It was challenging, but it was an anomaly. This is not anything that is normal in the life of a school. From the beginning, it was odd, it was strange, it was difficult. But we worked through it,” said Bothell High School principal Bob Stewart.

The district said Pygott is now on paid administrative leave for the time being.

“We don’t support the actions or the decisions Mr. Pygott made, but we do support him as a human being. And he clearly made a mistake, and the mistake has huge consequences,” said Dr. Michelle Reid, Northshore School District Superintendent.

Reid said counseling will be available for students and staff at Bothell High School. Classes are scheduled to start Sept. 6.