A porch theft suspect seen falling and injuring herself appeared in court in a wheelchair. 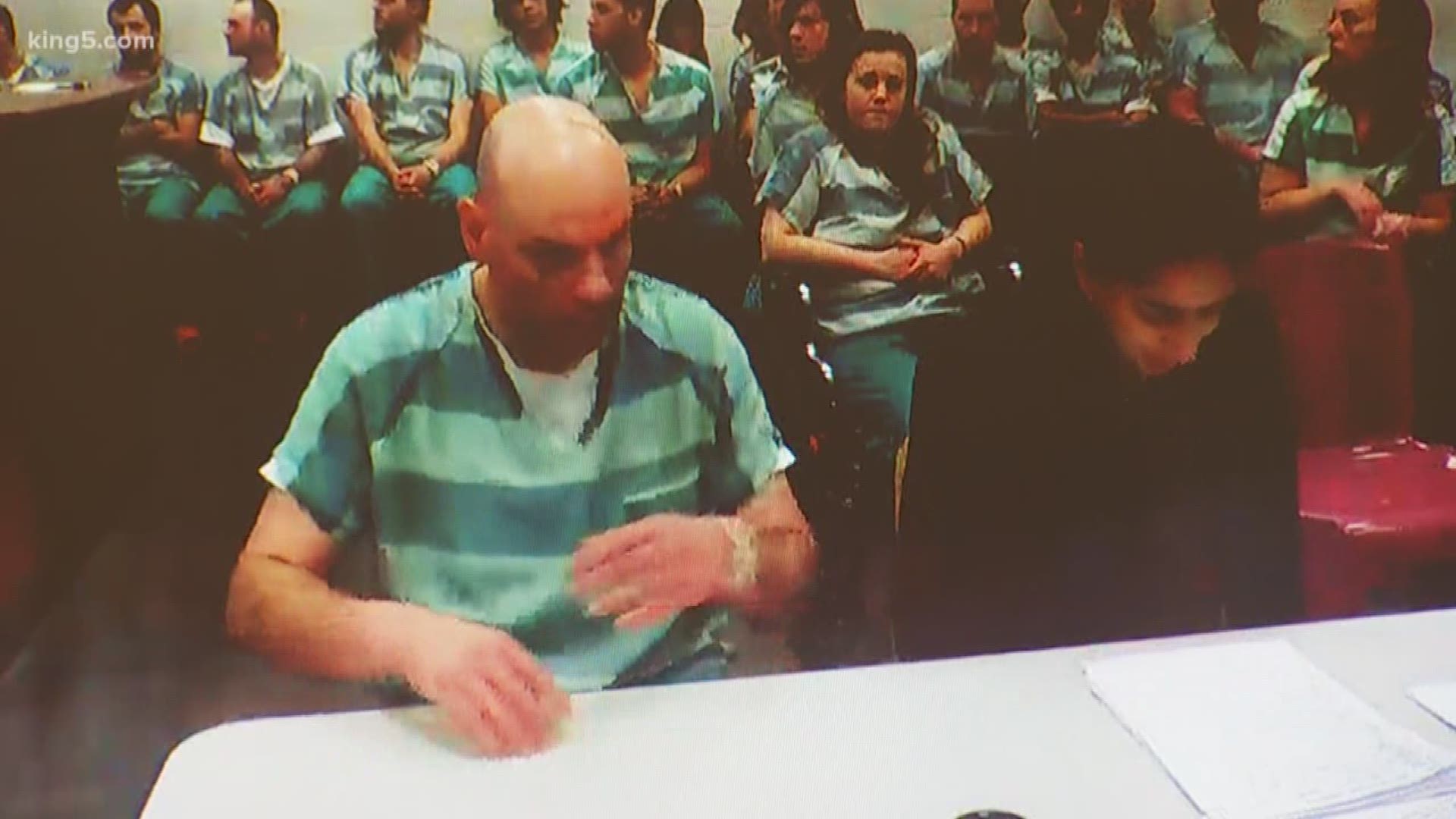 Two people caught on surveillance video appeared in court Wednesday to face theft charges. Alicia Treat and Brian Devere are accused of taking packages from a porch in Bothell.

Video of the pair went viral after the woman is seen falling and injuring herself after grabbing packages from a porch. The getaway driver carries her off before returning to retrieve the packages.

Treat attended court in a wheelchair.

See the original footage below

The Bothell homeowners say theft has happened to them before, so they set up precautions to protect their packages. They get text alerts from UPS and installed the camera system that captured this incident.

The homeowner is frustrated by the loss and says one box contained a special medication. Insurance pays for some of it, but it doesn't cover replacements.

The homeowner says it’s worth more than $5,000 and he doesn't feel any sympathy for the woman who fell.

This is the original report before the suspects were arrested: 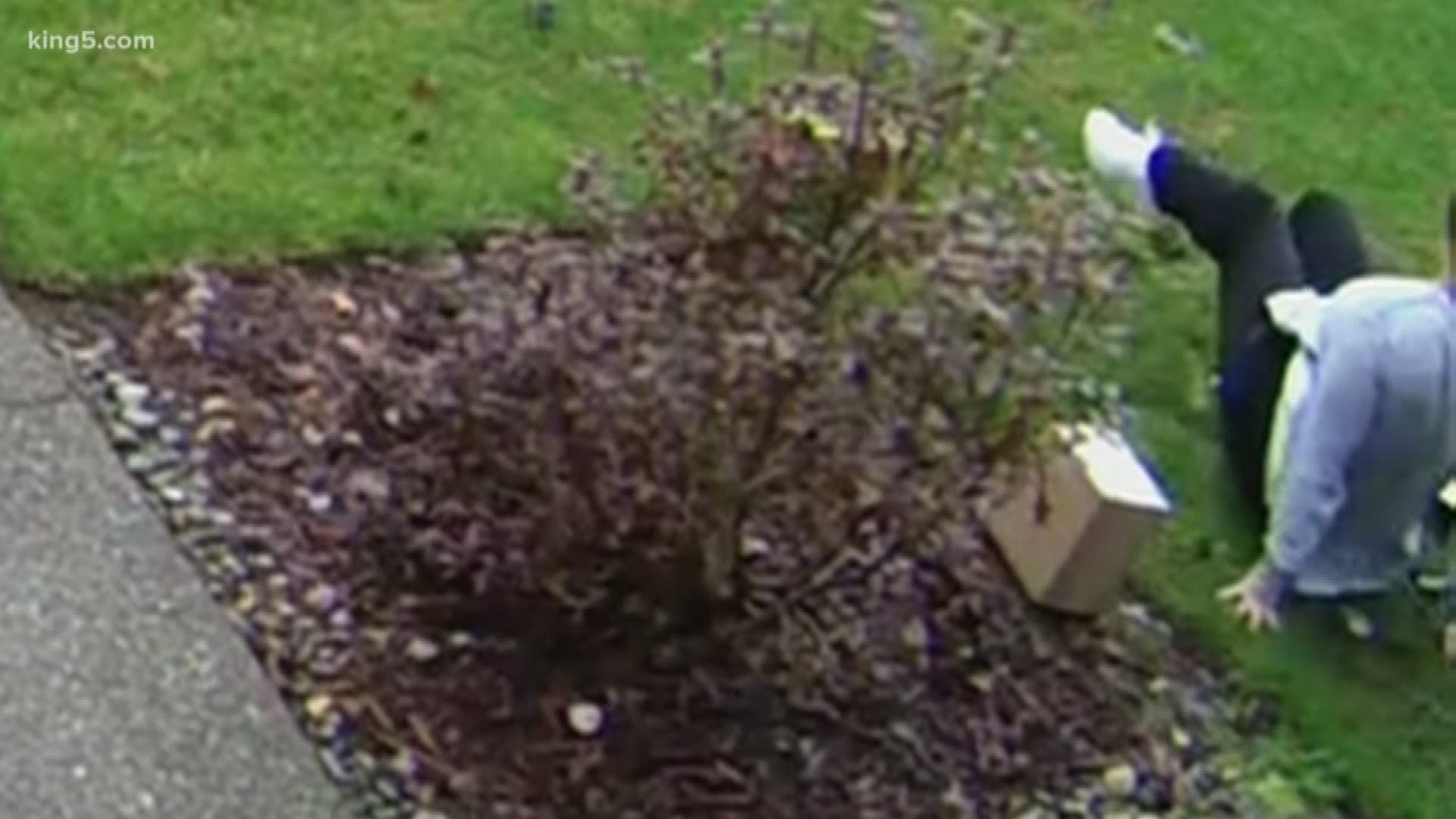