Bothell officers were shot inside their patrol car; suspect held without bail

Bothell Police Officer Jonathan Shoop died at the scene. His partner survived the shooting. The suspect is being held in jail without bail. 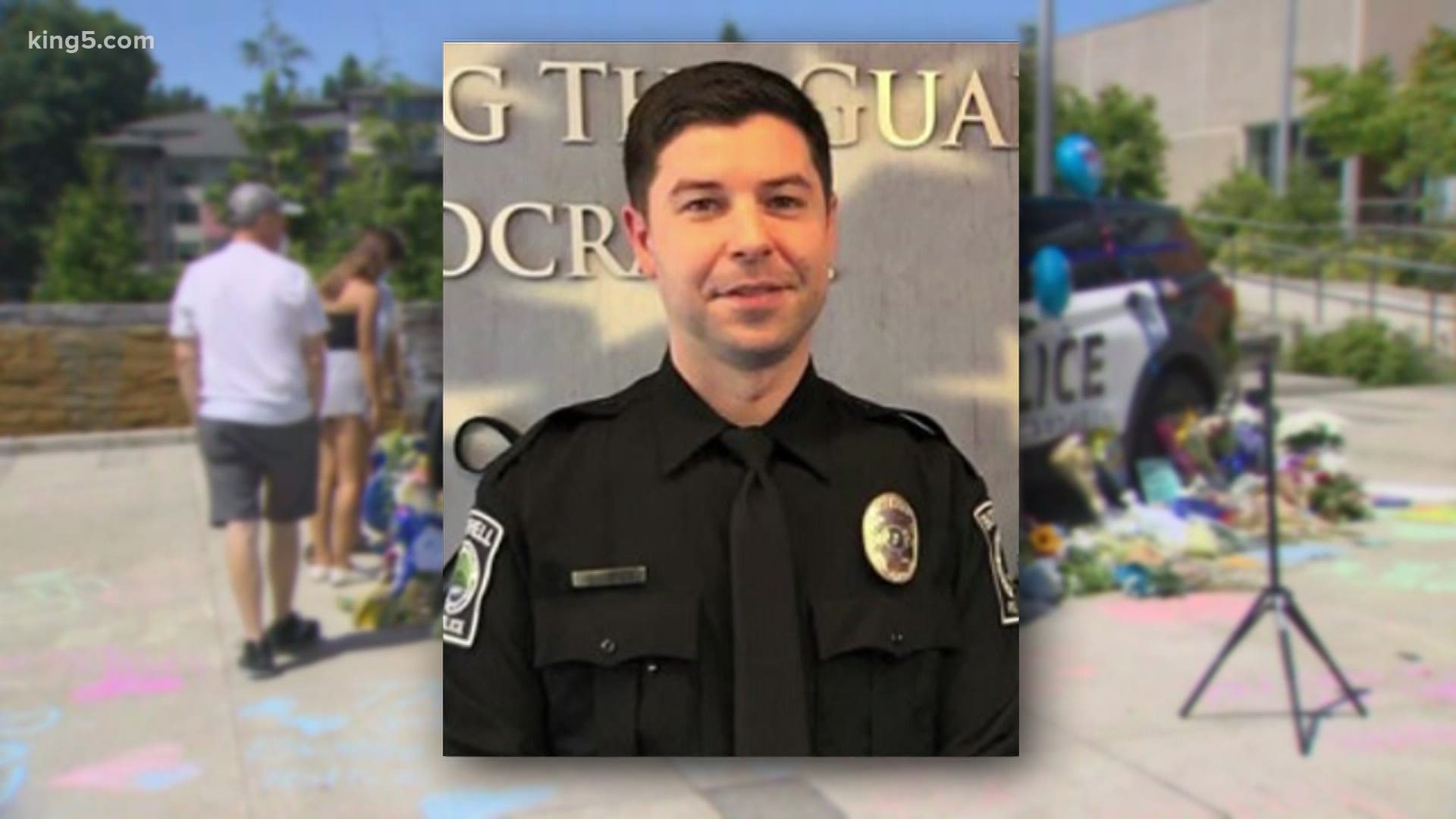 Shoop had been on the force barely a year when he was gunned down in the line of duty Monday night, during what started as a routine traffic stop.

Through his grief, Seuberlich revealed both Shoop and his partner were still in their patrol car when they were shot.

He said the alleged gunman opened fire so quickly, the officers hardly had time to react.

"The officers did everything they could at the scene," said Seuberlich. "We're very fortunate we didn't lose two. It was very close. A fraction of an inch and we probably would be having two funerals."

When asked if he believed the suspect was out to kill a cop, the chief replied, "I don't know what was in his heart. I do know we have a dead officer. I've got a fiancée who doesn't have the person that she loves. I've got a couple brothers that don't have a brother."

On Wednesday, a judge ordered the suspect to be held without bail. A charging decision is expected Friday, according to the King County Prosecutor's Office.

Shoop's partner was grazed in the head by a bullet and has been released from Seattle's Harborview Medical Center. 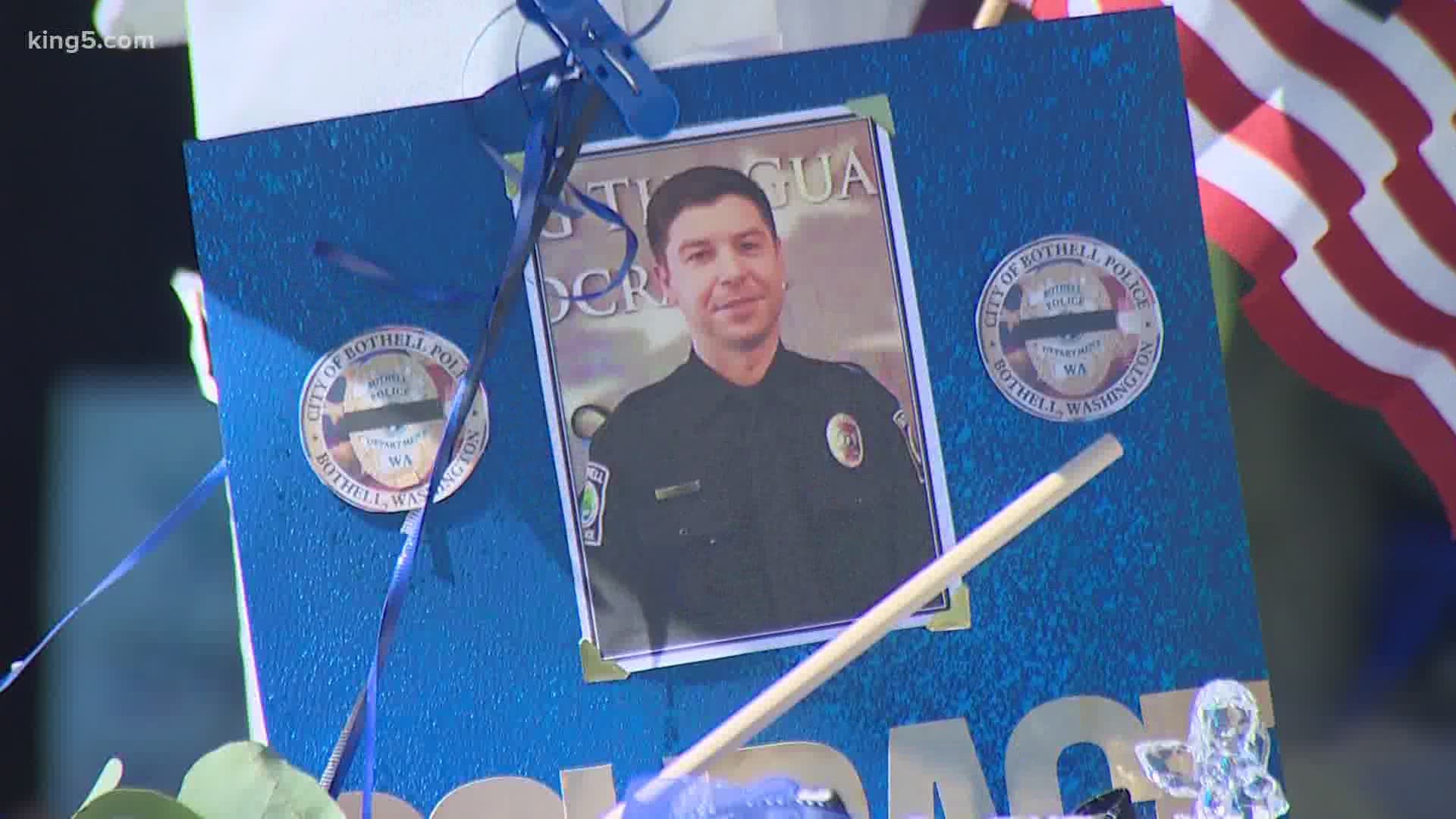 Officer Shoop, 32, served in the U.S. Coast Guard and also worked at Amazon at one point.

But Chief Seuberlich said the officer's heart was in giving back to others.

1 / 12
Vanessa Misciagna / KING 5
A memorial, as seen on July 14, 2020, outside Bothell City Hall honors slain officer Jonathan Shoop, who was killed in the line of duty.

Law enforcement from all across western Washington have been coming to the memorial to honor the fallen officer.

Among them Wednesday was Alvin Little, who served 35 years with the Seattle Police Department.

Little, an African-American, described himself as "black and blue."

Despite all the current divisiveness between police and Black Lives Matter protesters, Little said he hopes everyone can understand we all bleed the same color.

"Let's figure this out. Let's all get together. Let's make it better," Little said.

"He wanted to do something where he felt like he was making a difference in the community. And he was." 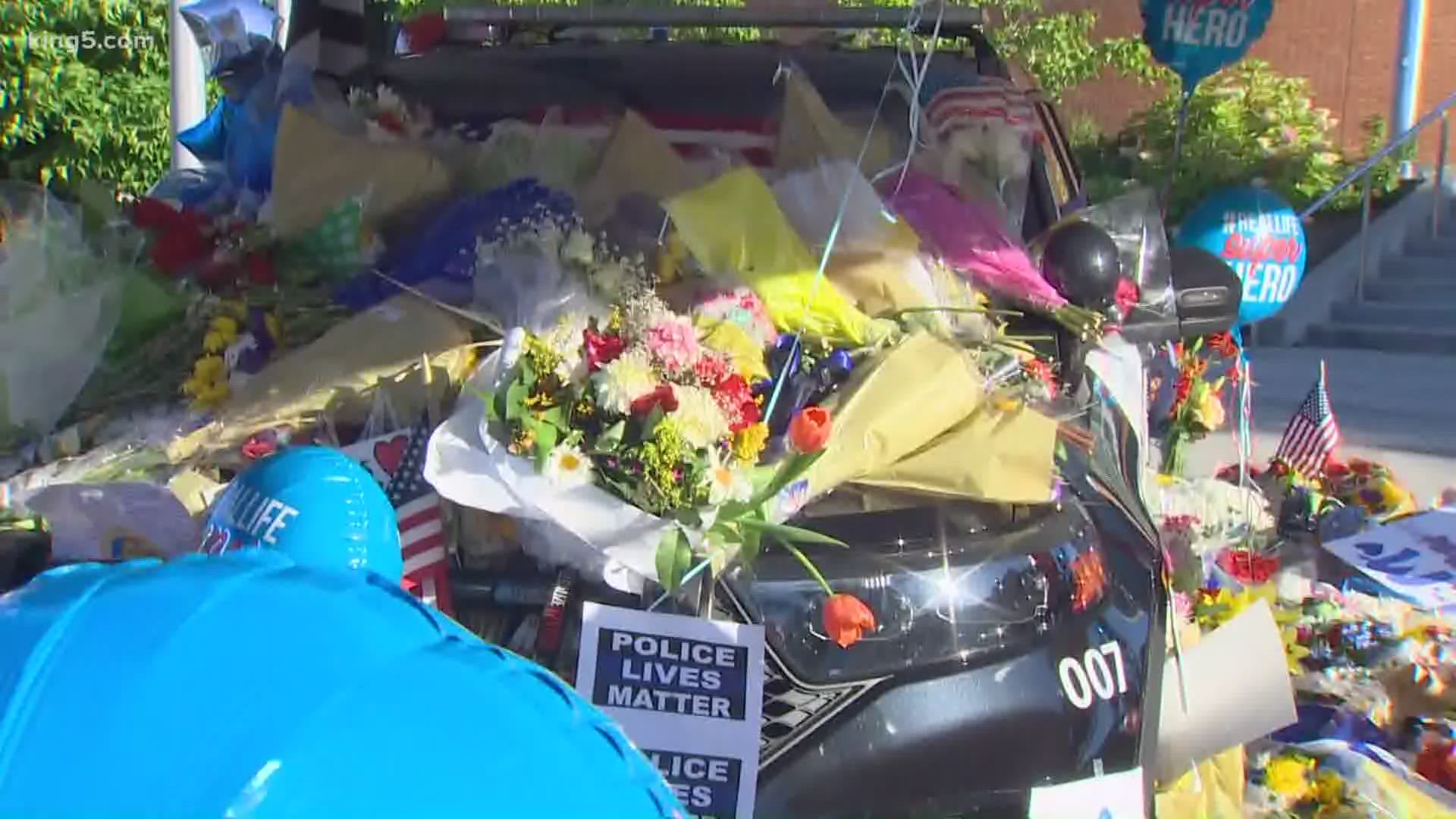