Dozens of people have been arrested or charged after allegedly looting downtown Bellevue businesses during George Floyd protests in May. 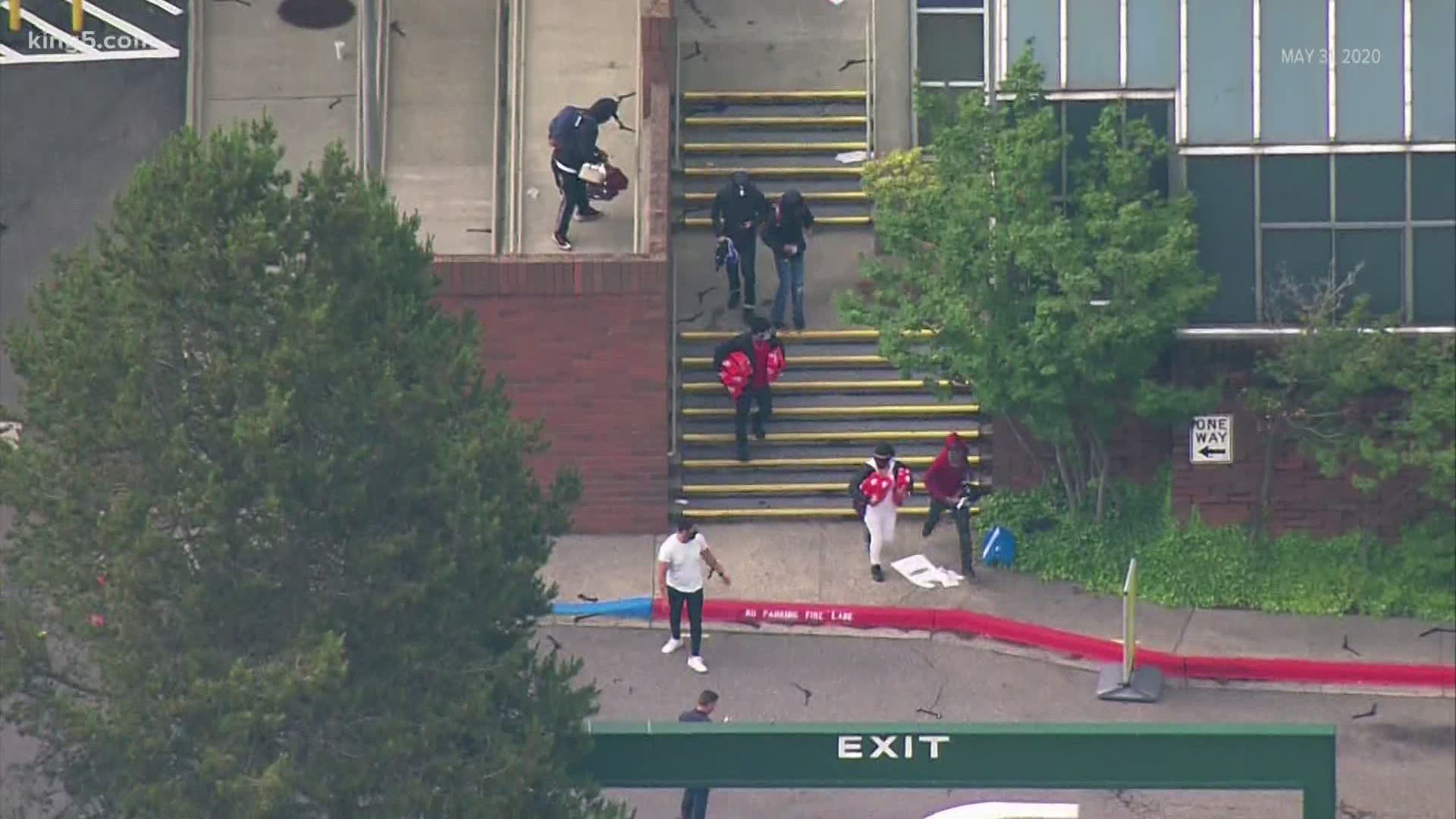 BELLEVUE, Wash. — Forty-six people have been arrested or had charges referred for looting during protests in downtown Bellevue in May, according to Bellevue police.

Dozens of looters broke into Bellevue Square mall and other downtown businesses while demonstrators protested the death of George Floyd nearby on May 31. Bellevue Police Chief Steve Mylett previously called the looting “a well-organized plan” and did not believe the looters were there to protest Floyd’s death.

Most of the suspects face charges of burglary 2, possession of stolen property or malicious mischief, Bellevue police said Thursday.

Bellevue police say detectives looked through 10,000 pieces of video evidence from security cameras or the public to find the suspects.

“It’s a tedious and time-consuming process, but an important one,” Major Travess Forbush said in a statement. “We will continue to investigate, identify, and hold those responsible for the destruction in downtown Bellevue.”

In June, Bellevue police said 23 people had been arrested, and they had identified about 100 others for questioning. Police recovered tens of thousands of dollars in merchandise after the lootings.

Bellevue police also released photos Thursday of two suspects they are trying to identify. One suspect has curly red hair, and the other has a large tattoo on their forearm, according to police.

Suspects in May 31 looting in downtown Bellevue

1 / 4
Courtesy of Bellevue Police
Bellevue police ask for the public's help in identifying two suspects in downtown Bellevue looting on May 31, 2020.