According to probable cause documents, Michael Ross Giordano, 23, admitted to detectives that he picked the victim, Jennifer Ayers, based on cars outside her Lake City home. 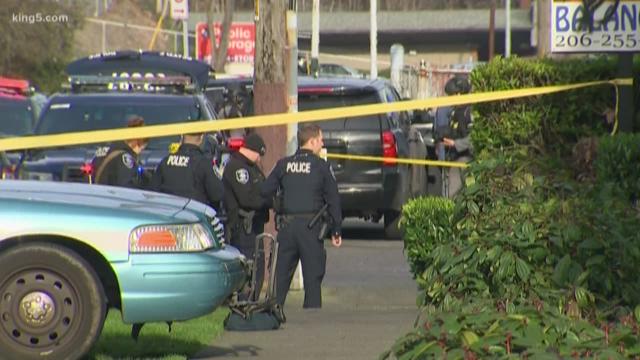 A Bellevue man was charged Wednesday with aggravated first-degree murder in the brutal death of a woman in Seattle's Lake City neighborhood Monday.

According to probable cause documents, Michael Ross Giordano, 23, admitted to detectives that he picked the victim, Jennifer Ayers, at random based on the cars outside her house.

Giordano allegedly told detectives he sneaked in through an unlocked door, tied Ayers up, raped, stabbed, and killed her. Then, according to the documents, Giordano admitted setting Ayers on fire to cover up evidence of the rape.

He also admitted to writing on Ayers' wall with blood to make police believe someone with satanic beliefs was responsible, according to the documents.

Police say they were able to make the connection between Giordano and Ayers after a series of other events through the day.

Sometime after the murder occurred, someone in Lake City spotted Giordano standing in the street with blood on his hands, according to police. He allegedly said he had been mugged. Paramedics responded but determined he was OK. It was later that the person who called 911 about that called again to report seeing Giordano tossing items onto the street and into bushes. Officers discovered the cards belonged to Ayers.

Giordano was picked up Monday afternoon after reports of an assault in downtown Seattle. After interviewing him there for 30 minutes, he allegedly admitted to the killing, according to the documents.