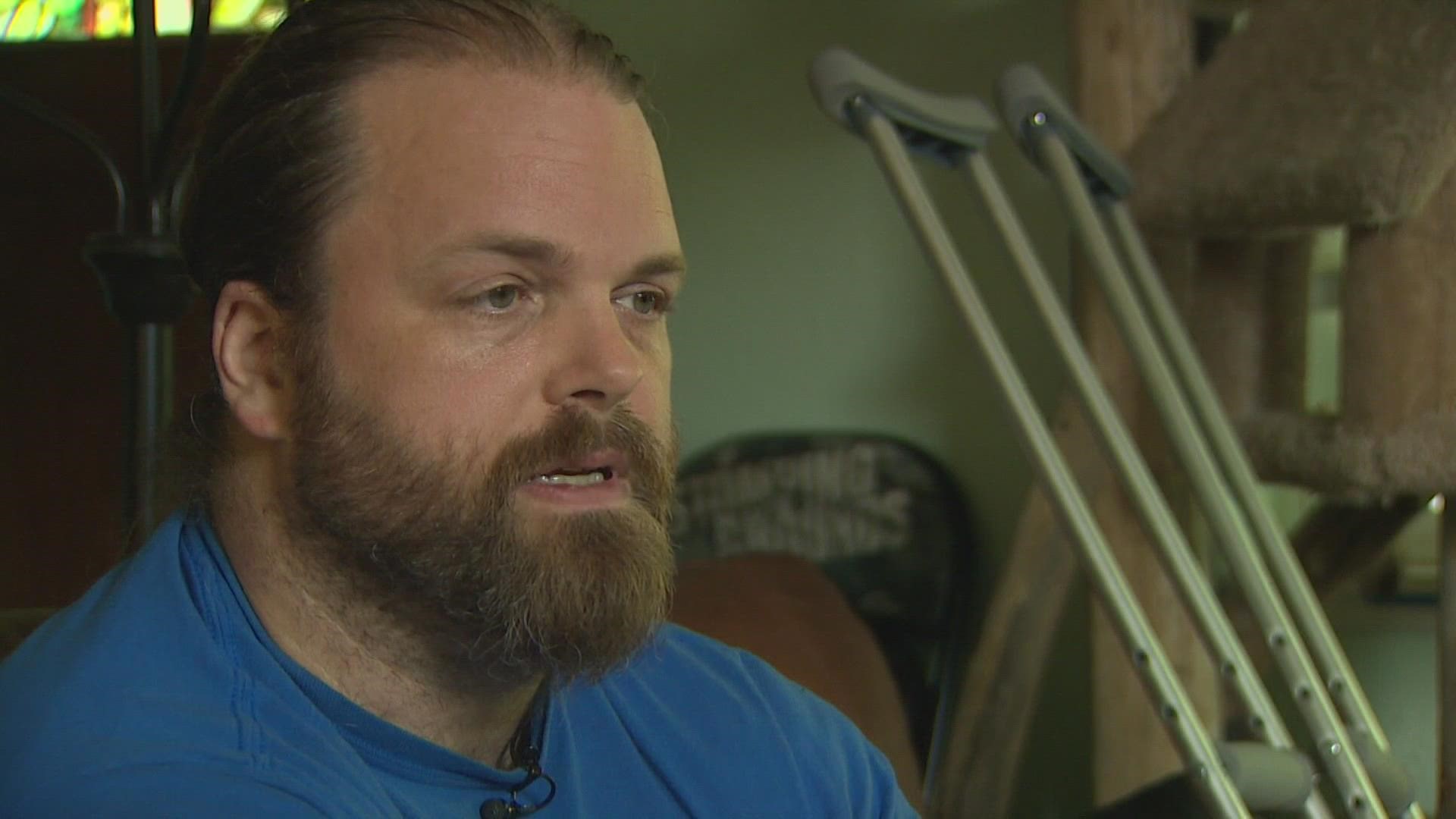 BOISE, Idaho — Darin Wall had his eye on Ethan Byrd as soon as Byrd showed up at The Shredder music venue south of downtown Boise early Sunday morning after the show was over.

Then, according to Wall, who is the bassist for Seattle-based heavy metal band Greyhawk, Byrd pointed at the crowd and pretended to shoot people with finger guns.

"I don't know if anyone else saw it," Wall said. "I got a weird feeling right away. Sometimes you confront really wasted people, or really drunk, they're really angry and they're shouting and they're belligerent. This guy was really cold, I would say."

Wall told KTVB that he and a member from another band were keeping Byrd outside the venue. At that point, Byrd walked back to his car and returned with a gun, according to Wall.

"I saw him reach behind his back and grab the gun. That's when I moved in," Wall recalled. "No other options went through my head."

Wall kicked Byrd on the inside of his leg and the two began to wrestle with each other, he said.

Wall fell to the ground as Byrd ran away from the scene. The Shredder owner Justin Cantrell said the police responded quickly.

Wall received treatment at Saint Alphonsus hospital, according to the band's Facebook page. He told KTVB that he is now back home in Seattle recovering.

"I did get lucky with the location of the shot. It's in a place that's not damaging anything that's gonna be permanent, we don't think," Wall said.

While this wasn't how Wall envisioned the day would end, he's just happy no one else got hurt.

"The show, up until everything went down, was just an incredibly good time full of joy, full of love. It was a big party, and it was awesome," Wall said. "Hug your family members, hug your friends. Tomorrow is never guaranteed, so be good to each other."

Wall said this event is not an accurate reflection of the music scene in Boise, The Shredder, or even the city at large. Wall plans to come back to Boise soon and said his band plans to play at The Shredder again when they return.

In court Tuesday, Byrd's bond was set at $500,000 and he was ordered to have no contact with Wall.

Prosecutor Brett Judd told a judge that police found a .22 handgun and a  9-millimeter handgun with a drum magazine containing 29 rounds, plus two additional loaded magazines, on the suspect after the shooting.

"This is a stranger case. The defendant is not known to the victim or anyone involved," Judd said. "I think a $1 million bond with those conditions is appropriate."