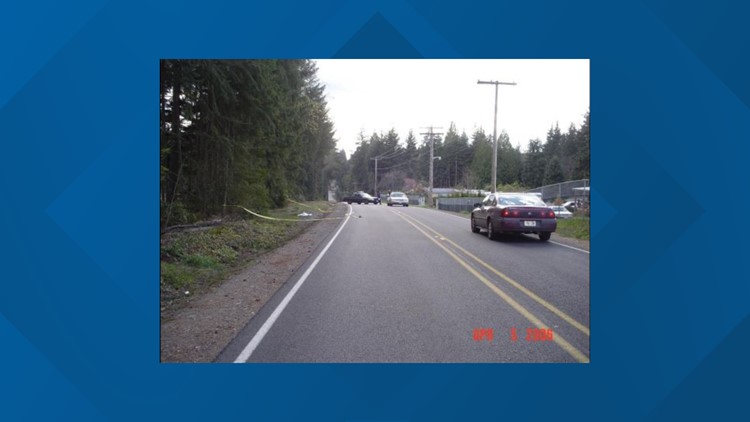 KITSAP COUNTY, Wash. — The now-deceased mother of a newborn baby who was found dead and abandoned along a South Kitsap County road almost 14 years ago has been identified.

The Kitsap County Sheriff’s Office said the lifeless body of the baby girl was found in the afternoon of April 5, 2006. Her body was in a plastic bag in the 3300 block of SE Bielmeier Road. An autopsy determined the child was born alive and at full term and survived approximately 24 hours, sheriff officials said.

Investigators received tips in the early days of the investigation that pointed to two women as possibly being the biological mother of the child, but DNA samples did not match either of them.

The case went cold until it was reopened last year as part of the sheriff’s office efforts to re-examine cold cases with the use of new technology.

Investigators reanalyzed some of the DNA samples and came back with a match to a 32-year-old woman who lived in Flathead County, Mont. The Washington State Patrol Crime Laboratory confirmed the DNA sample from the woman matched the DNA profile from the baby girl.

The woman died in 2019, however, so no charges can be filed against her for the crime and therefore, sheriff officials are not releasing her name.

Detectives said the infant girl was originally listed as “Baby Jane Doe,” but was informally named “Dawn” later by the then Kitsap County Coroner Greg Sandstrom because she only survived long enough to see the dawning of the day.

The coroner’s office arranged for “Dawn” to be properly buried a year later on April 12, 2007, in Sunset Lane Cemetery, Port Orchard. Her burial plot was donated by the Rill Chapel, Pendleton-Gilchrist Funeral Home.