The robber was armed with a handgun, according to the U.S. Postal Inspection Service. 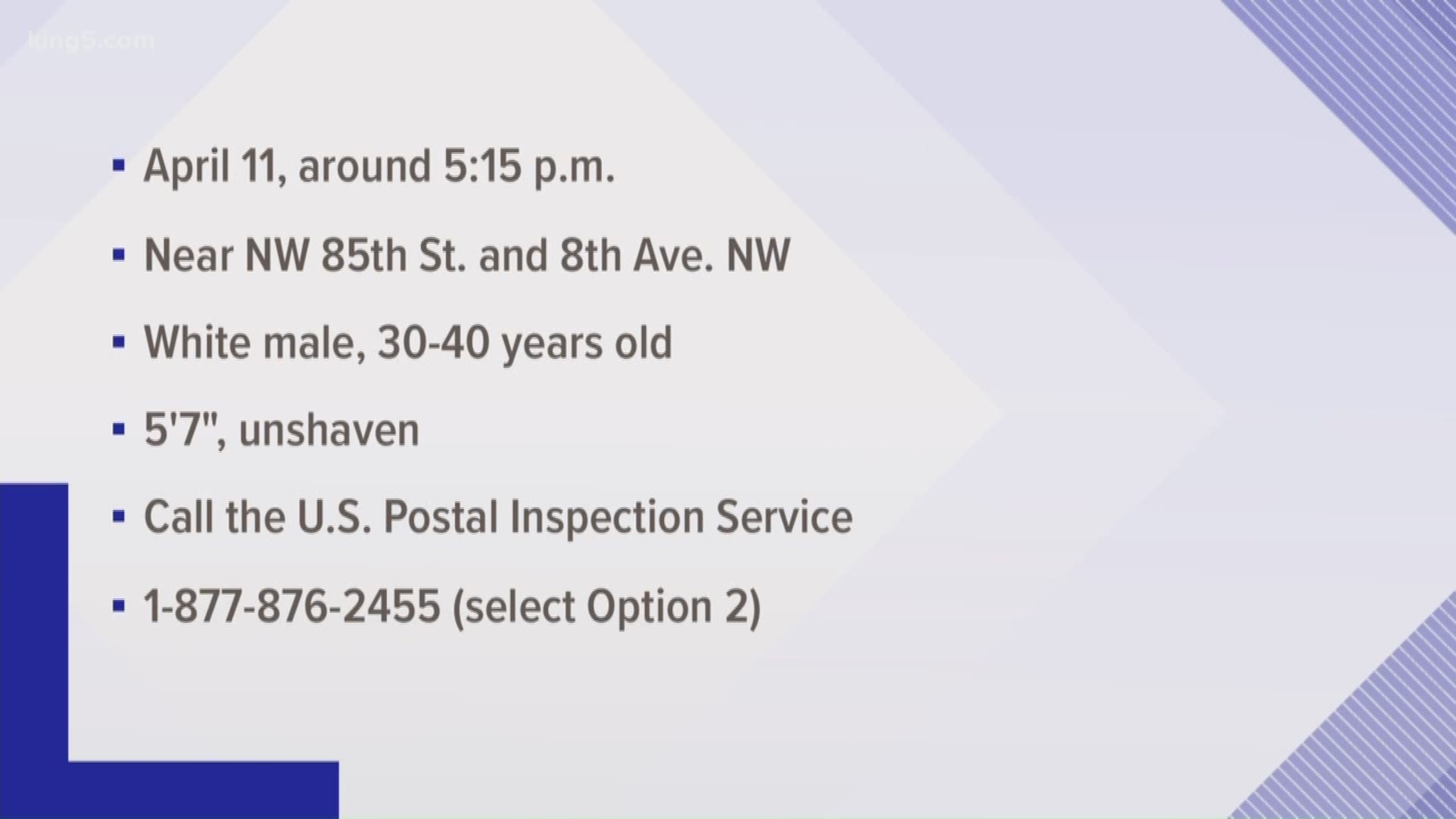 A $50,000 reward was offered after a Seattle city mail carrier was robbed Wednesday evening.

The armed robber confronted the carrier while he was making delivering in the 8500 block of 8th Avenue in Seattle.

No postal assets, including mail, were taken during the robbery, according to the U.S. Postal Inspection Service.

The suspect is described as a white male between 30 and 40 years old. He is about 5-foot-7, and was unshaven during the attack. He was wearing a Seahawks sweatshirt, tan pants, and white shoes.

The service said they are following several leads.