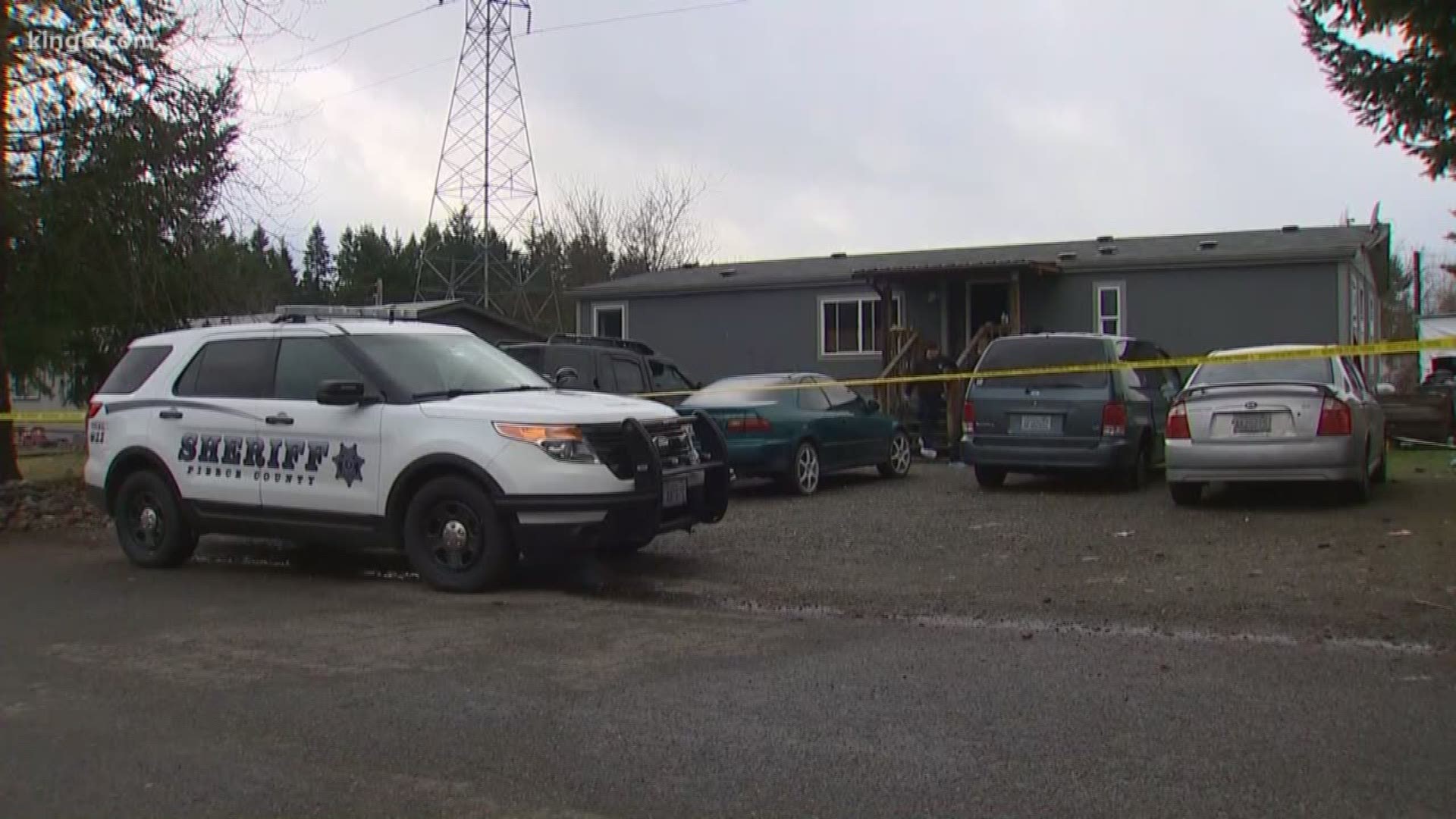 A third suspect was arrested Tuesday morning after a Pierce County sheriff's deputy was shot responding to a robbery call Sunday near Spanaway. One suspect made his first appearance in court Tuesday and another was killed at the scene.

A 52-year-old woman was arrested about 2:30 a.m. in East Pierce County on Tuesday for rendering criminal assistance.

The woman is accused of driving a getaway car to the house where Deputy Daniel McCartney of Yelm responded to a burglary call just after 11:30 p.m.

McCartney responded to a 911 call for an intruder reported in a house on 200th Street East in the Frederickson area, the sheriff's department said. McCartney was the first person to arrive on scene. He began to chase a suspect on foot and shots were fired at McCartney, striking him.

McCartney was transported to St. Joseph Medical Center in Tacoma where he died.

Related: How to help after a death in the line of duty 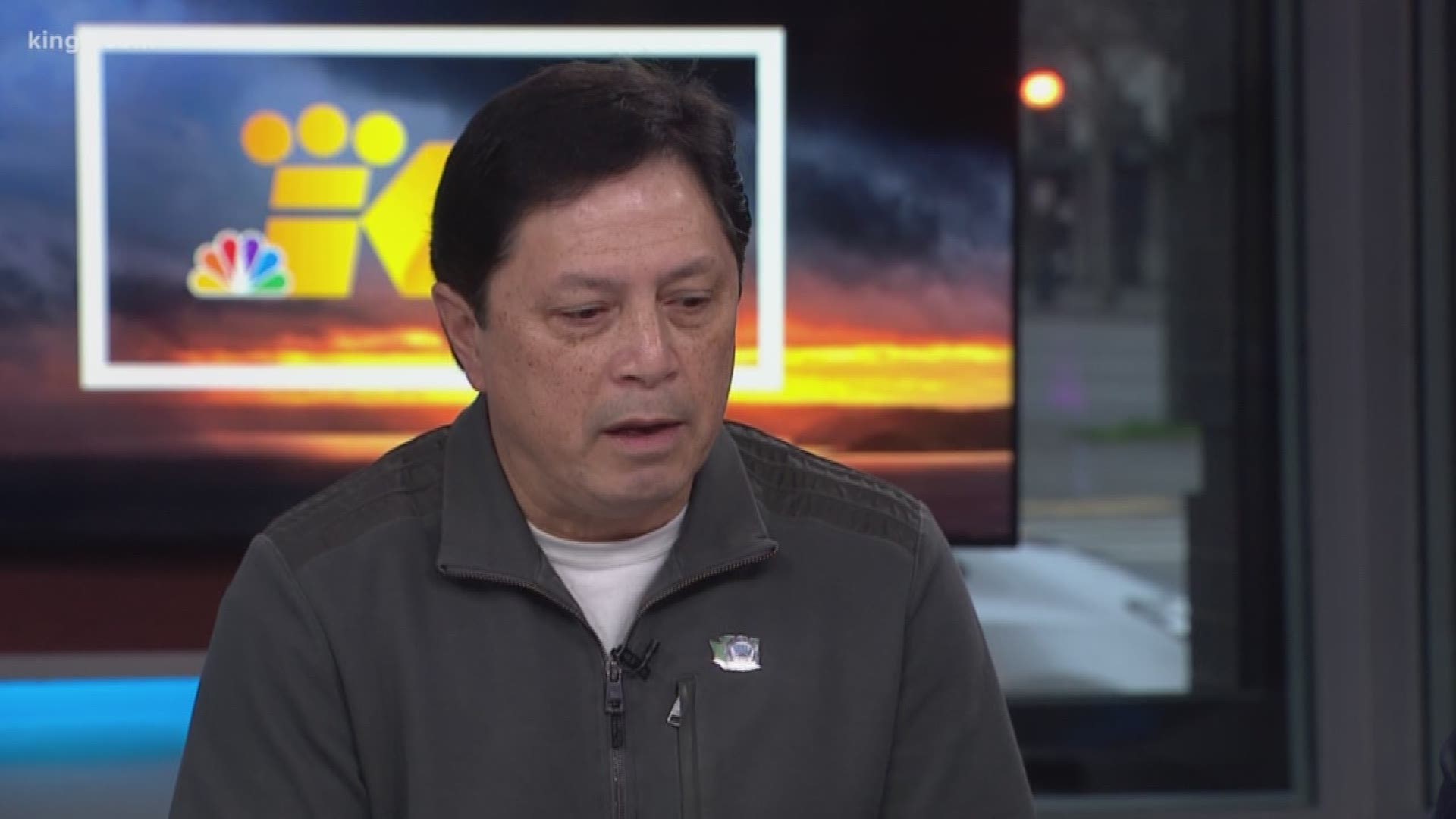 The Sheriff's Department says one suspect was found dead at the scene. He was later identified as Henry Carden, 35. Carden has a history of domestic violence and assault. 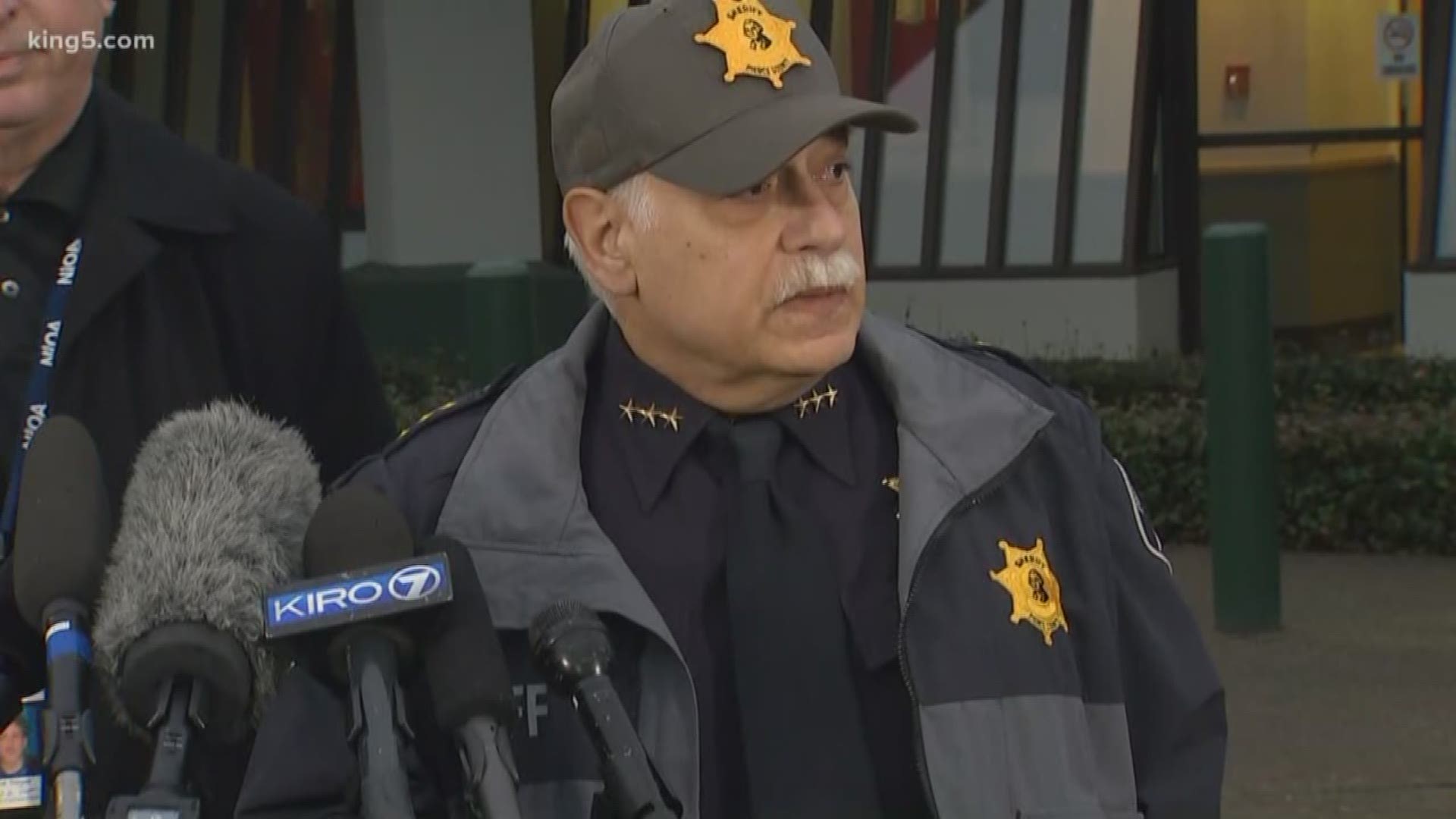 The second suspect was taken into custody Monday morning. 32-year-old Frank Pawul has convictions for burglary, drugs, and ID theft.

"This morning an alert trooper found the subject out in the area. He didn't match our original description, and he gave us a fake name," said sheriff's department spokesman Detective Ed Troyer. "After we started talking to him, he was booked on felony warrants out of Shelton."

"He wasn't cooperative," Troyer said of Pawul. "We didn't get any information from him other than lies."

Tuesday, a court commissioner ordered Pawul be held without bail for 72 hours to give prosecutors time to determine charges.

Law enforcement recovered two of the suspects' weapons from the scene. Police believe one of them was used to shoot McCartney.

Police would not say the motive for the burglary or what the relationship was between the three suspects.

Shannon Russell, who lives next door to the targeted home, was still emotional about what happened.

"I was really shocked," Russell said. "I was scared for the family. There was two young boys next door. They were two and three [years old]. So it's very heartbreaking."

Shannon Russell said the young family had rented out rooms in the home to supplement their income. She believes those tenants are the source of the trouble, and had cameras installed on her house for protection.

"There's been a lot of traffic on the street," she said. "People in and out." 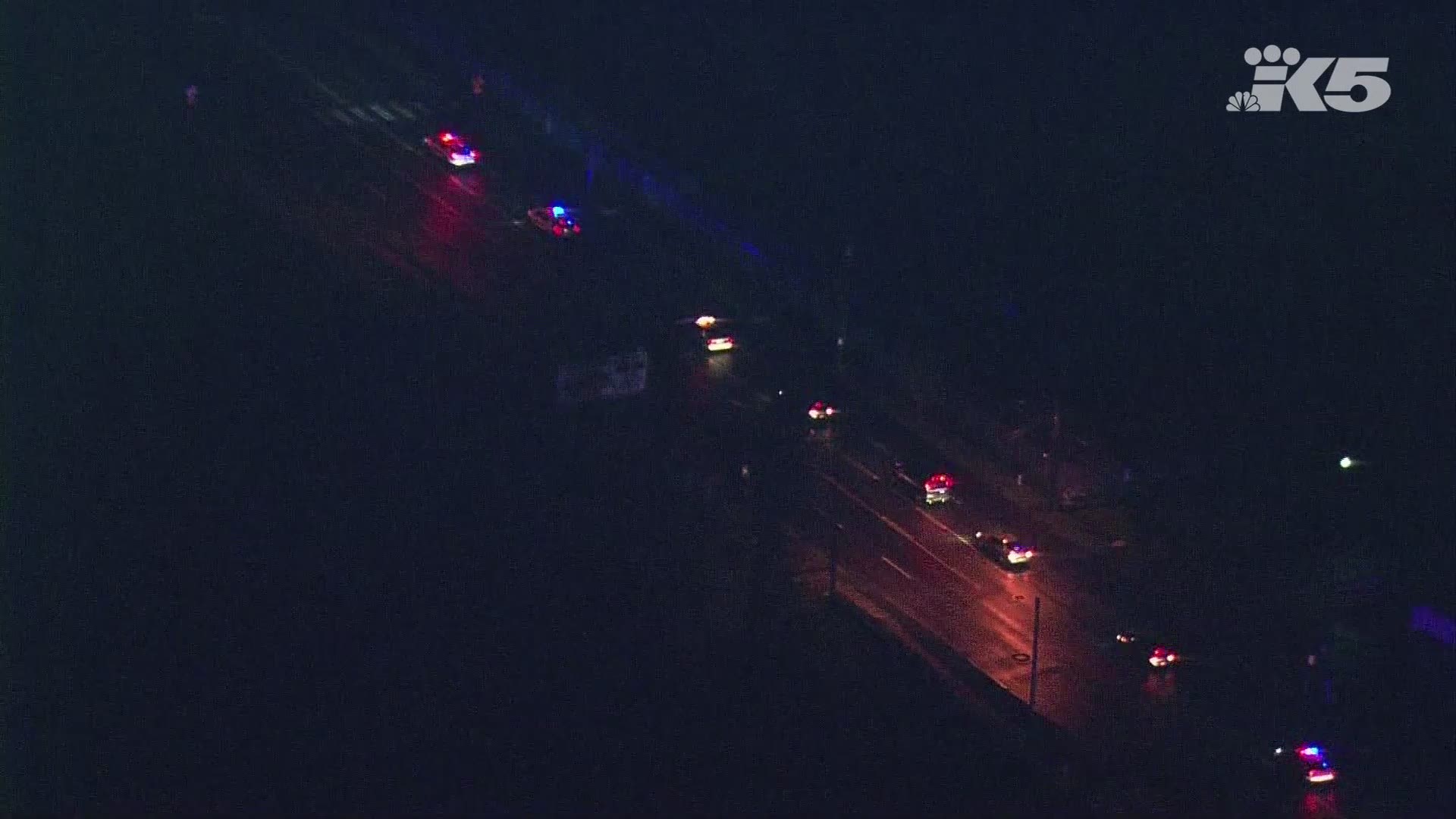 McCartney was a Navy veteran and served the department for three years. He leaves behind a wife and three young boys who are four, six, and nine years old.

In front of South Hill precinct, community members honored McCartney. Sabrina Jones brought her four kids to the memorial so the family could pay their respects.

"My dad is a police officer and has been for the past 34 years, and it really hits home," said Jones.

'He was part of our family': Yelm mourns Deputy McCartney

'Like losing one of your kids:' Fallen deputy remembered for more than patrolling

"It's a tough couple days for everybody," said Pressel. "Dan was a great guy. I mean he really was. He was a devoted family man. Every time we talked, he would talk about his kids and his wife. He loved being a dad, but he loved being a cop and he was really good at it." 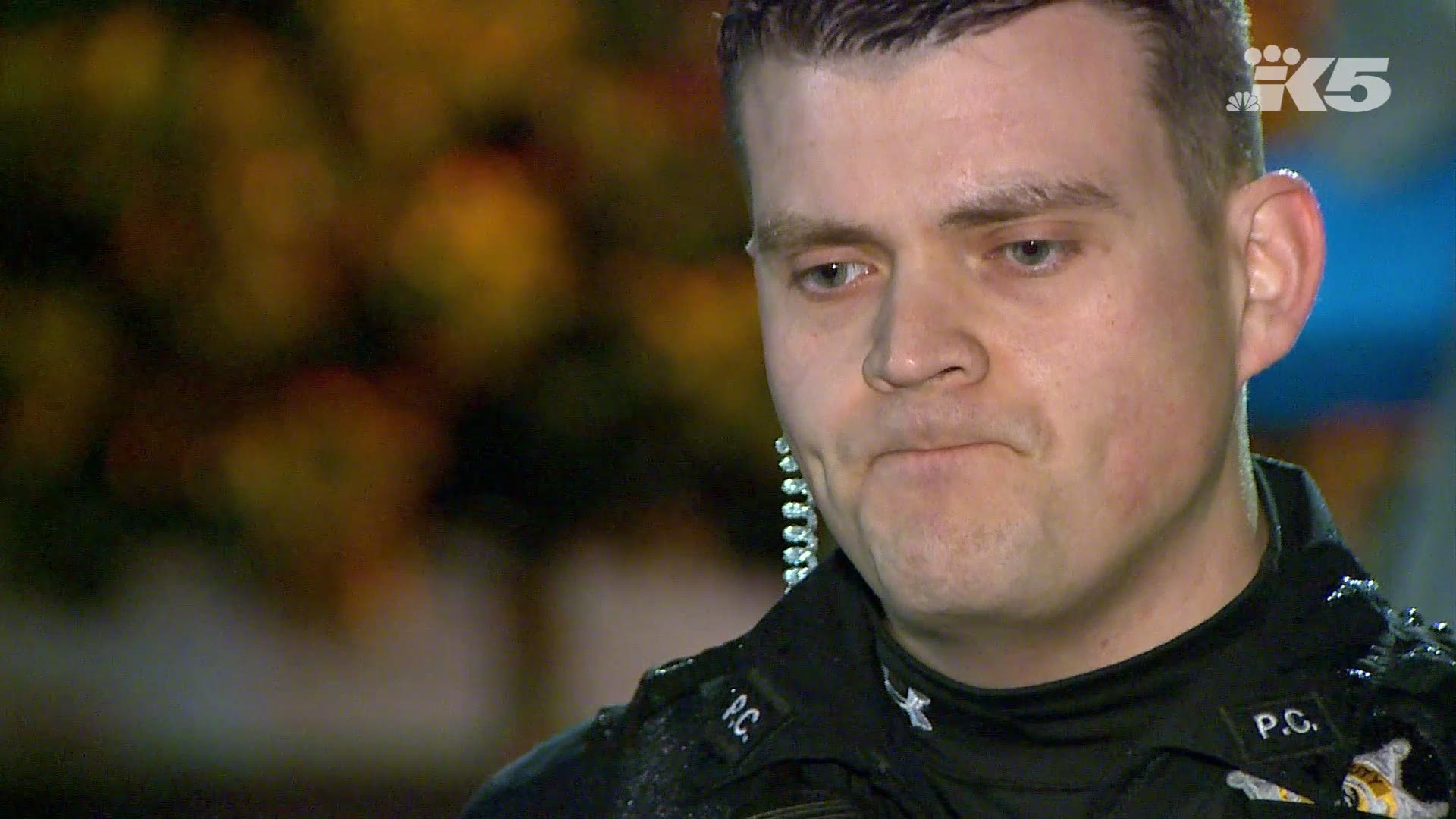 Pierce County Sheriff's Department set up tipline for any information about the fatal shooting of Deputy McCartney. If you have any information, you are asked to call 855-798-8477.