All three were shot in the leg in a parking lot. 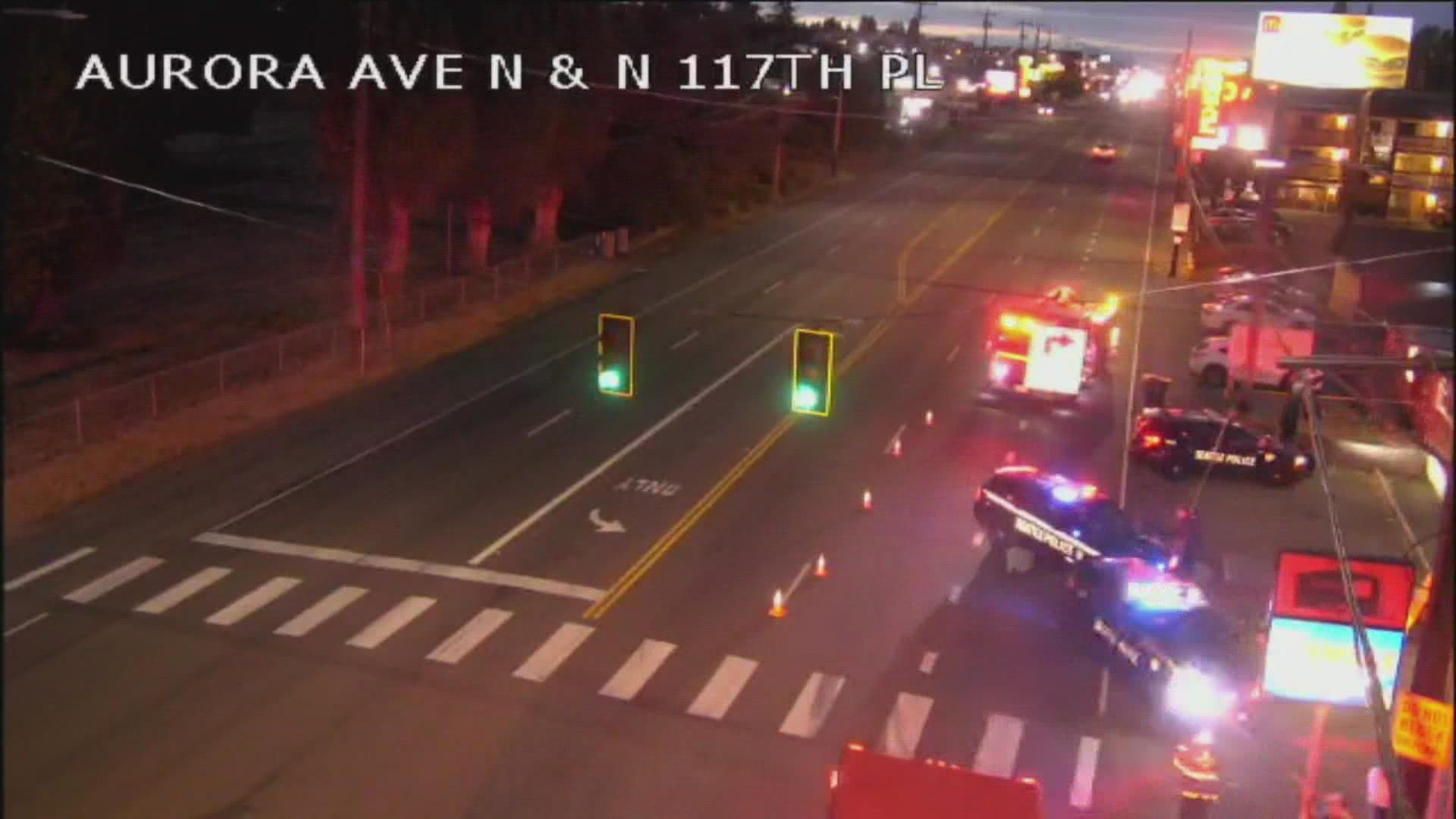 SEATTLE — Detectives are investigating after three men were shot in the leg in north Seattle Sunday evening.

The shooting happened in a parking lot near Aurora Avenue North and North 117th Street around 7:35 p.m., according to the Seattle Police Department.

Officers arrived moments after witnesses called 911 to report the shooting and found three victims with gunshot wounds to the leg. The SPD said the injuries are non-life-threatening.

The victims were unable to describe the suspects, only saying they left in a black car.

Officers found multiple shell casings at the scene. The scene was cleared around 8:30 p.m.

Detectives with the Gun Violence Reduction Unit are investigating. People with information are asked to call 206-233-5000.