Two men are now charged with 1st-degree assault in the attack on a Good Samaritan in Burien this week. 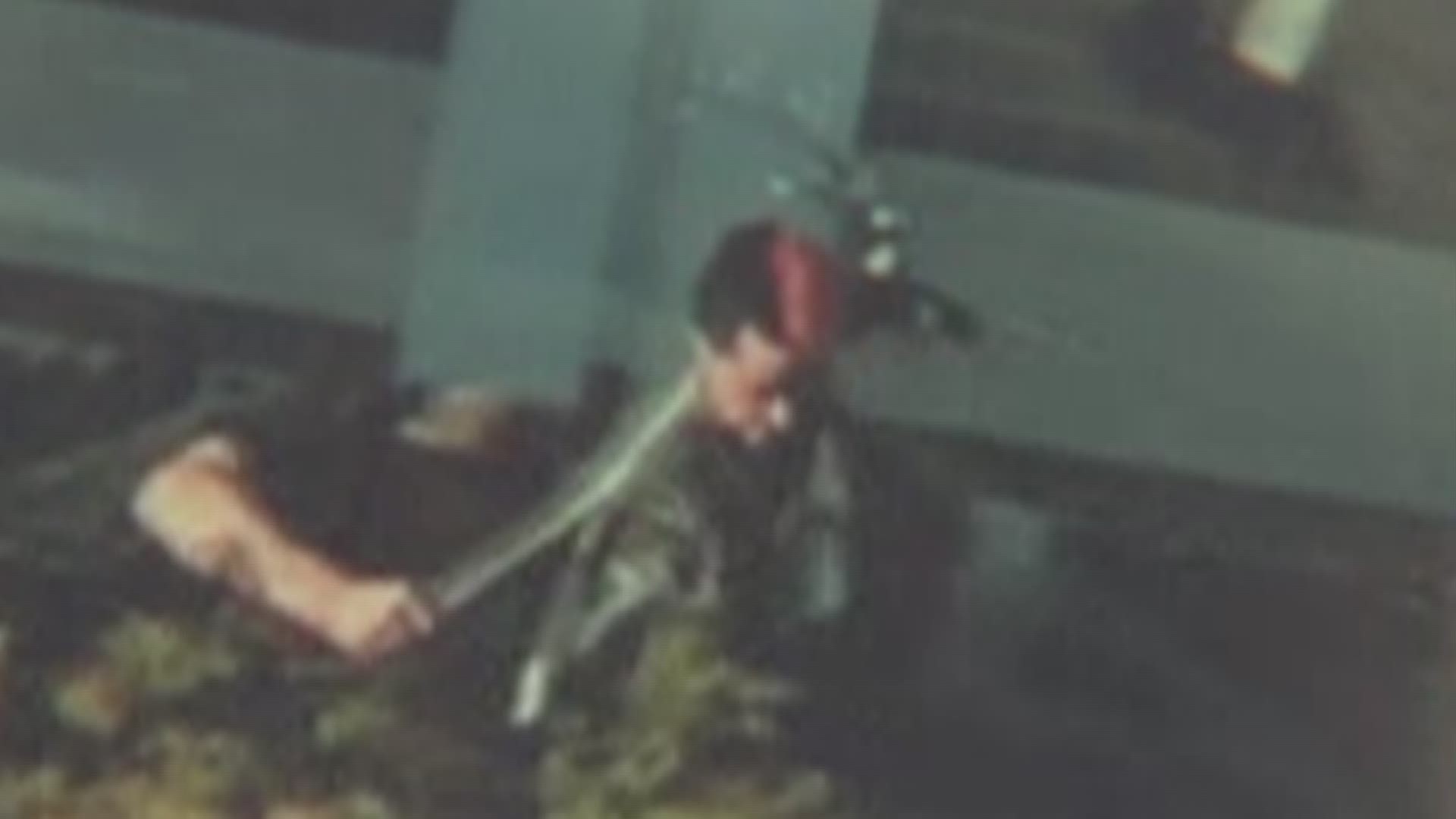 Prosecutors filed 1st-degree assault charges Friday against Ivan Schoolcraft and Timothy Whitmer following the attack on a Good Samaritan in Burien earlier in the week.

Police say the two men were harassing a homeless man when Ryan O'Dell intervened. Schoolcraft and Whitmer then allegedly turned on O'Dell striking him repeatedly with a machete and chains.

Prosecutors are asking for $250,000 bail for the Schoolcraft, who has previous arrests and $20,000 for Whitmer.

O'Dell spoke about the attack on Thursday.

"Physically I'm tired. It hurts. Emotionally, I'm upset," said O'Dell from his hospital bed Thursday. "This is not the first type of incident to go on involving people intentionally going to try to hurt the homeless."

"These two guys come across and try to, with smiles and laughter, to rip his stuff apart and throw it in the street. And he has a little Chihuahua dog named Forehead. My girl was there and she said, 'Hey guys, there's a dog there. Stop that. Knock it off.' And they turned their attention towards her and started talking," O'Dell said. 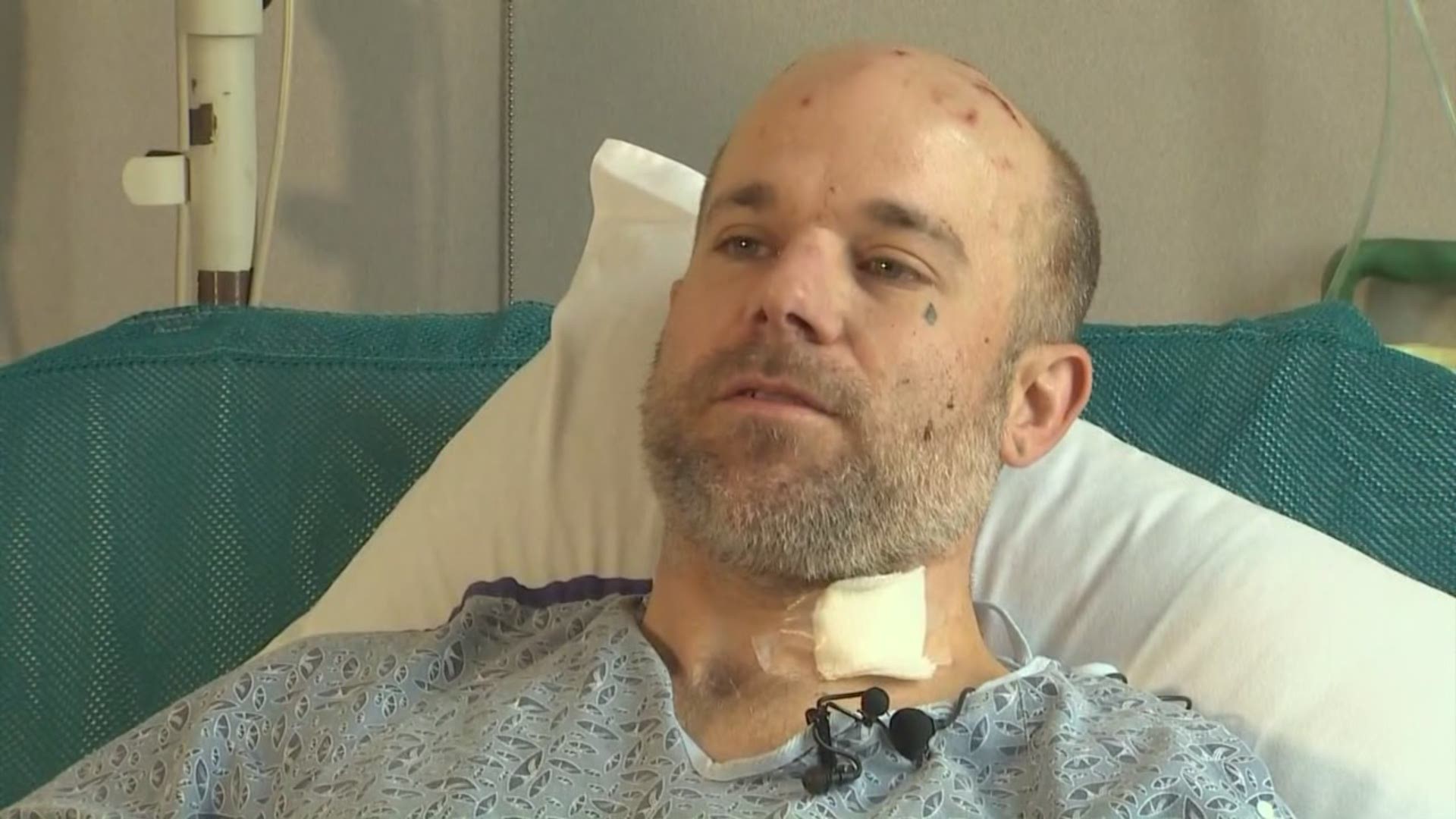 A couple of cooks from the restaurant ran outside and chased down one of the suspects, pinning him down until officers arrived and took him into custody.

O'Dell suffered several deep lacerations and was taken to the hospital in critical condition.

"I had to have surgery on my knee and my left elbow. The tricep is actually severed in half. There's nothing they can do to fix that," said O'Dell. "Basically the gash in the back of my arm, which is like one of three in the elbow area there, you can fit a baseball in it."

Officers located and arrested the second suspect. Both were taken to King County Jail to face charges.

Meanwhile, O'Dell's fiance has set up a Go Fund Me to help raise money for his medical care for his injuries.

Burien city leaders met with community members Thursday night to talk about ways to make the city safer after the recent uptick in crime. Officials sid they will create a new task force and released their action plan for addressing the crime. The city also has hired a new police chief, and council members are meeting in their districts to talk about the issues. 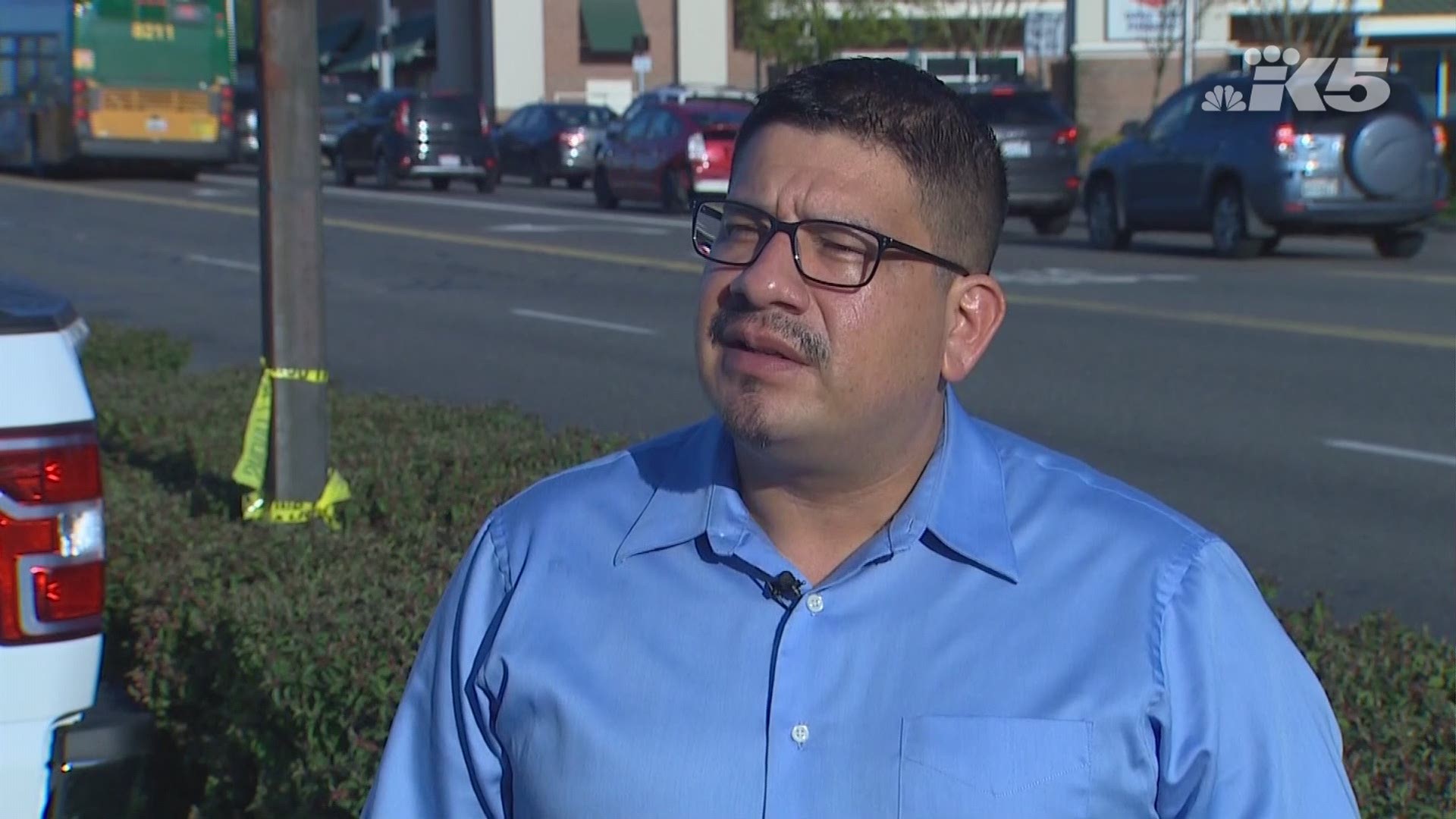 "We're becoming an urban city from a small bedroom community, and that's the side effect we're going to have as we move forward, and we have to have a plan in place to make sure our community is safe," said Matta. "We're not going to tolerate criminals at the same time. We have to make sure we have programs in place for everyone."

If you have been paying attention to local news, you've heard about the recent uptick in violent activity in Burien; the two young women killed in suspected gang activity in March, the road rage incident off of 1st and SW 124th, a shooting near Dottie Harper Park, and most recently, the shot fired near a 13-year old boy in the Five Corners area, and an attack against a homeless individual that led to a Good Samaritan being hospitalized.

The City Manager, working with the Burien Police Department, has initiated a directed patrol emphasis. This effort will begin this afternoon. This plan increases police staffing levels with the goal of enhancing community safety and address resident and business concerns regarding community safety. The plan includes:

- Emphasis on the enforcement of criminal and criminal traffic violations.

- Enhanced visible police presence within the City of Burien.

- Social contacts, intelligence gathering, and relationship building in the community.

This emphasis will be reviewed on a weekly basis with adjustments made given identified needs of residents and businesses as well as the Burien Police Department and the City of Burien.

Here is some of what is being done:

We have authorized the creation of a Task Force to address this problem, and City Staff are working diligently on getting it running. This task force has never been in place before, and I am excited to see what comes of it.

We just hired Capt. Ted Boe as our new Chief of Police, an officer who was soundly endorsed by his colleagues and is currently the head of the Violent Crimes unit. That hiring was done intentionally, and with great care by our City Manager.

Staff and Council Members are attending regional convenings to address these issues (gang, youth, and violent crimes). That kind of collaboration has not been the norm on the Burien City Council before.

Personally, I am on the Regional Law Safety and Justice Committee as a representative from the Sound Cities Association, and am utilizing that position to ask other members for advice, service options, and help addressing this problem from what their communities have already seen/done.

This Council has been attending every community meeting - including hosting the first town hall in years that Burien has seen - meeting with Highline School District, and engaging with the community in ways that it has not done in years past... which we are hearing from our community members and service organizations directly.

The Mayor brought in counselors and resources from Navos and other organizations to address community members at Alturas after the gang violence there.

I'm sure there is more that I am missing... but is important you know what your city is doing to address this issue.