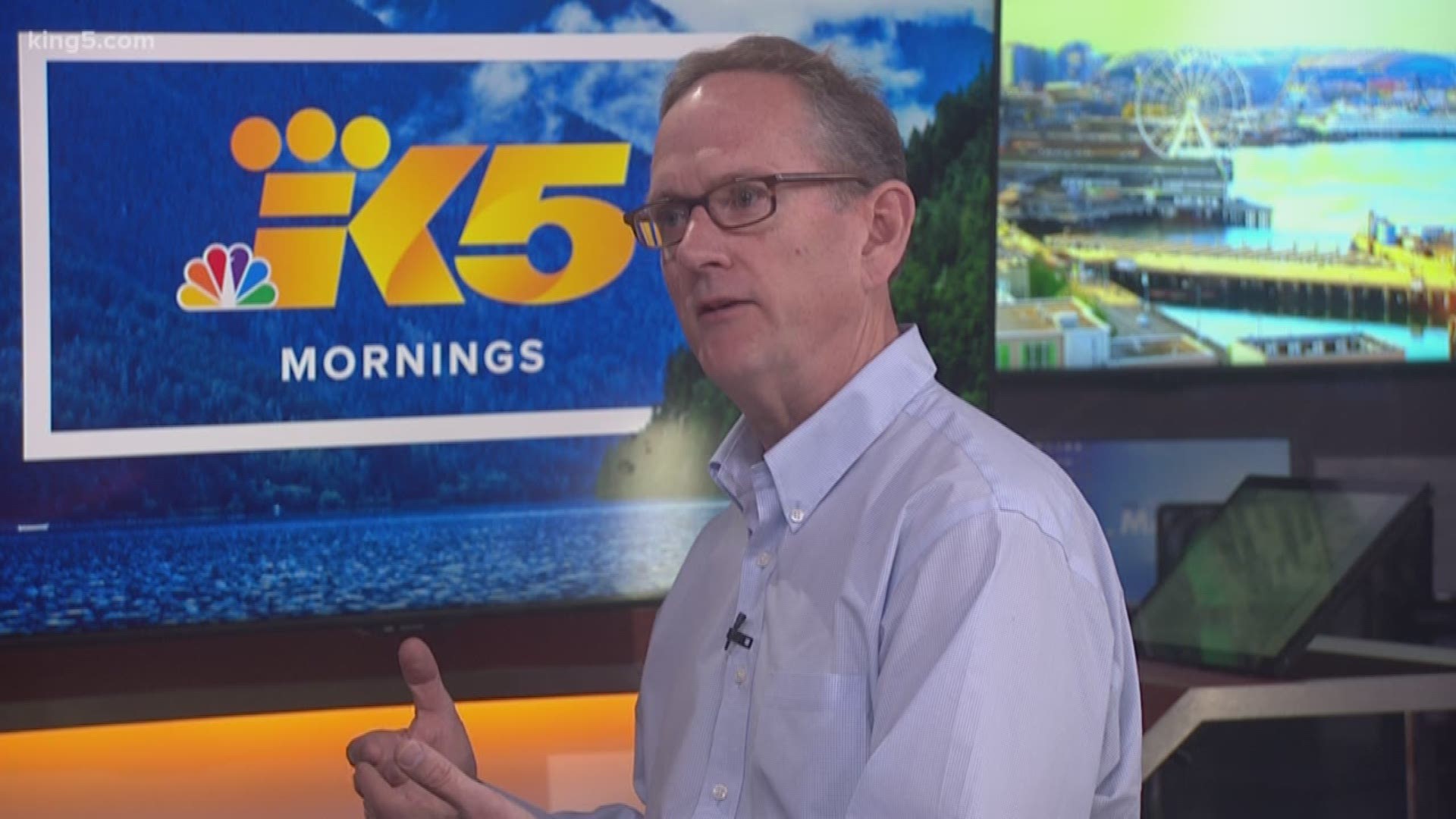 In a neighborhood like South Lake Union that has seen such explosive growth, cranes are a common sight.

On the afternoon of Saturday, April 27, part of a crane being disassembled fell from a future Google building onto several vehicles. The Washington state Department of Labor and Industries is leading an investigation into the cause of the crane collapse. Tim Church, a spokesperson for Labor and Industries, confirmed investigations into four companies: GLY Construction, subcontractors Northwest Tower Crane and Omega Morgan, and Morrow Equipment Company.

McQuaid said the work being done was "very standard procedure" that is done all the time in South Lake Union.

"It's very common place in Seattle and South Lake Union," he said.

Cranes are heavily regulated in Washington state. After a 210-foot tower crane fell in Bellevue, killing an attorney and damaging multiple buildings, then-Governor Christine Gregoire signed into law some of the toughest regulations in the country. That included requiring the Department of Labor and Industries to establish a certificate program for cranes, which requires certified inspectors to sign off on cranes before and after assembly.

Though it's tragic and "makes you think twice," McQuaid said these types of incidents are rare.

Overall, there's a low number of deaths linked to tower cranes. Between 1992 and 2006, there were 18 reported deaths involving tower cranes, according to the Center for Construction Research and Training.

The investigation into the crane collapse could take months. Dozens of experts will investigate the root cause, beginning with the disassembly plan.