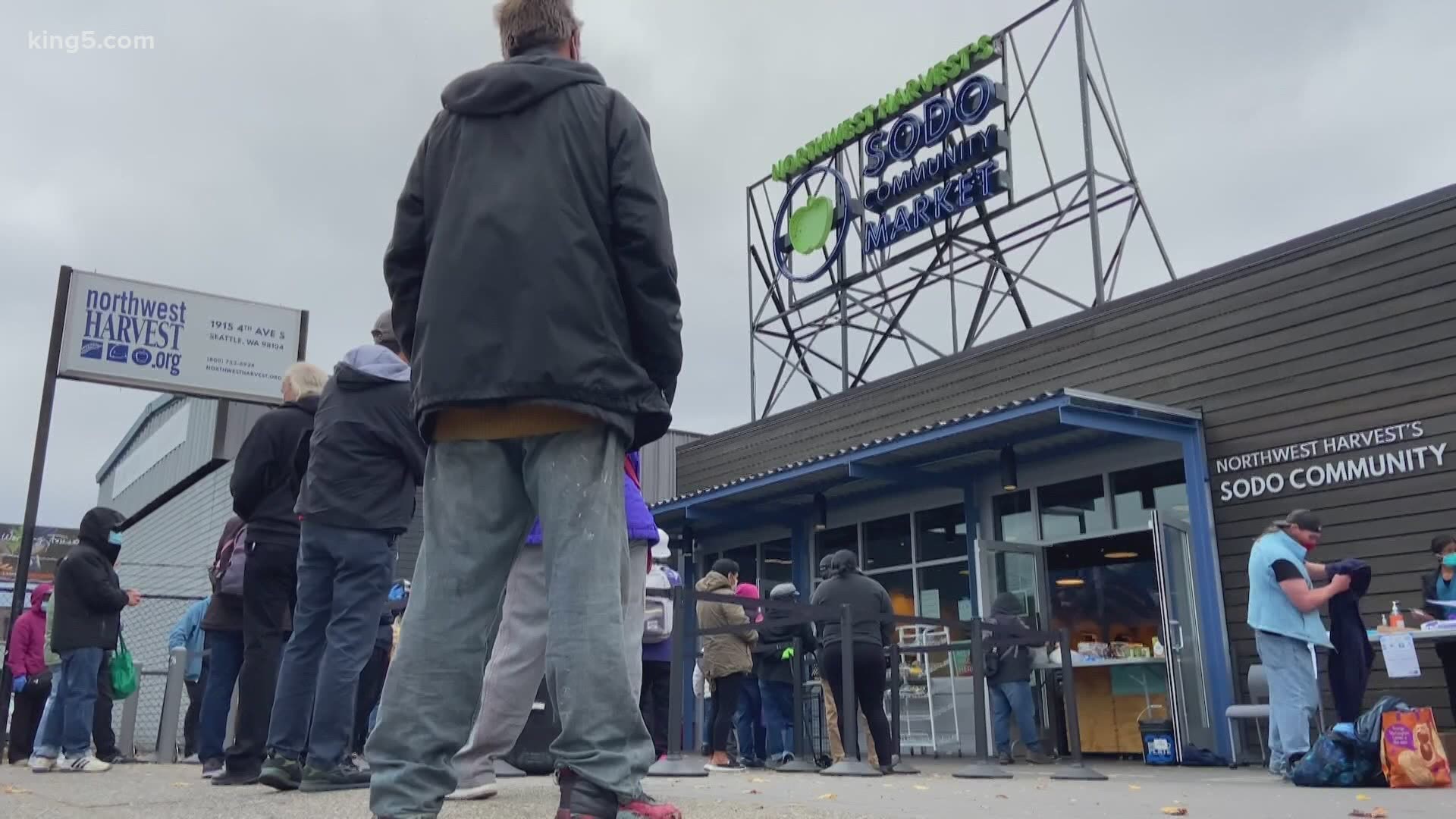 KING 5 and Northwest Harvest collaborated with partners AT&T, Safeway and Albertsons, Swedish and WARM 106.9 from October to December to collect cash and virtual donations. This year’s goal of 20 million was blown away thanks to generous support from the community, making this the largest Home Team Harvest yet.

“We knew Washington families would be facing vast economic impacts due to COVID-19, most notably food insecurity. The work will not be done until food insecurity is eradicated for all,” said KING 5 President and General Manager Jim Rose. “We believe in the mission of Northwest Harvest and want to thank volunteers, donors and community partners for being a force for good at an exceptionally difficult time.”

An estimated 2.2 million Washingtonians are facing food insecurity, more than double the 850,000 residents who identified as food insecure prior to the pandemic. To support those affected by this unprecedented crisis, and to celebrate the 20th year of the Home Team Harvest campaign, the campaign goal was an unprecedented 20 million meals. This year’s campaign went virtual to ensure the safety of all participants. Donations were accepted online, via text and at the check stand at Safeway and Albertsons stores. In lieu of the traditional live broadcast day, KING 5 aired a Home Team Harvest broadcast special which premiered on Saturday, December 5, highlighting the campaign’s efforts and impacts in our community.

Hundreds of food banks and meal programs in Washington state will benefit from the effort. Northwest Harvest has a statewide network of 375 food banks, meal programs and high-need schools. This campaign assures that they can help stock food pantries across the state through the winter and into spring.

“23.5 million meals raised for Home Team Harvest dramatically exceeded our expectations and sadly does not exceed the need we are seeing across Washington,” said Northwest Harvest CEO Thomas Reynolds. “As a community we have to come together to share what we have - this generosity affects me deeply. This is the only way we will make it through these troubling times - by making it through together.”

Home Team Harvest was born out of the emotional and economic trauma that followed 9/11. Twenty years later it is our state’s largest food drive, supporting Northwest Harvest in its mission to end hunger in Washington. In its lifetime, Home Team Harvest has raised over 78 million meals for Washington families.

KING 5 and our partners are committed to supporting Northwest Harvest in 2021 and beyond. The next Home Team Harvest is set for December 4, 2021, but Northwest Harvest accepts donations all year long. Visit their site at www.northwestharvest.org to learn how you can help.