In the viral TikTok video, Tacoma police officer Sam Lopez is seen in uniform being critical of a defund the police protest. The department is now investigating. 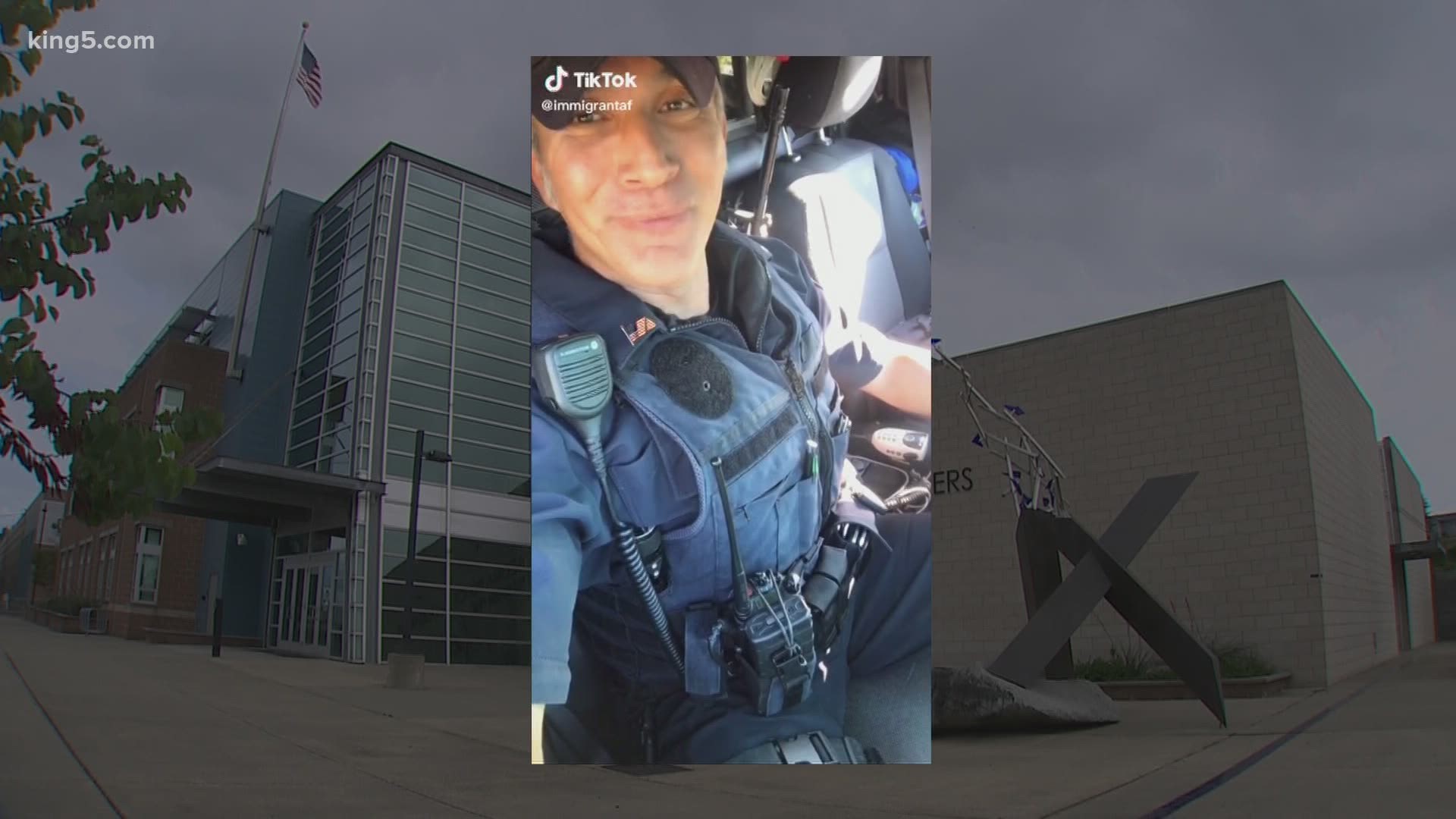 TACOMA, Wash. — Three Tacoma police officers are under investigation by the Tacoma Police Department over their use of TikTok, a video-sharing social networking service.

Officers Sam Lopez, Joshua Avalos and Helen Steiben all have TikTok accounts with large followings where they discuss criticisms of police.

One video posted by Lopez has now gone viral and is drawing harsh criticism from Black community activists.

In the video Lopez is in uniform saying, "So I come in this morning and was informed there’s going to be a protest to defund the police. Well, that’s fine, I like protests, except for they requested a police presence, you know, for their safety, at the defund the police event. I [expletive] you not."

Lopez's TikTok account has over 150,000 followers and that particular video has over 8 million views as of Friday evening.

"Officers act in this way because they feel that there are no consequences for their actions," said Lyle Quasim with the Tacoma Pierce County Black Collective.

"He is using his position as a sworn police officer inappropriately by taking a political position on a movement that derives from the people that he has sworn to protect and serve,” Quasim said.

Tacoma police gave this statement to KING 5 about the TikTok accounts, "Complaints are being investigated regarding videos posted by all three officers. The complaints are still under active investigation."

"There are rules and regulations, there are protocol that establish a prohibition for police officers to use their vehicles, their equipment, anything associated with their duty without authorization. And I’m sure he did not have authorization,” Quasim said.

Quasim said he feels videos like this add to the already strained relationship between Black community members and police officers.

"You selected this as your profession, you’ve gone through the police training commission. Nowhere in the police training protocols does it suggest that you come out with snarky sarcastic videos about difficult issues that we’re trying to overcome as part of our civic engagement,” Quasim told KING 5.