Office of Police Accountability investigated after a Seattle police sergeant drove an SUV onto a sidewalk toward protesters last year. 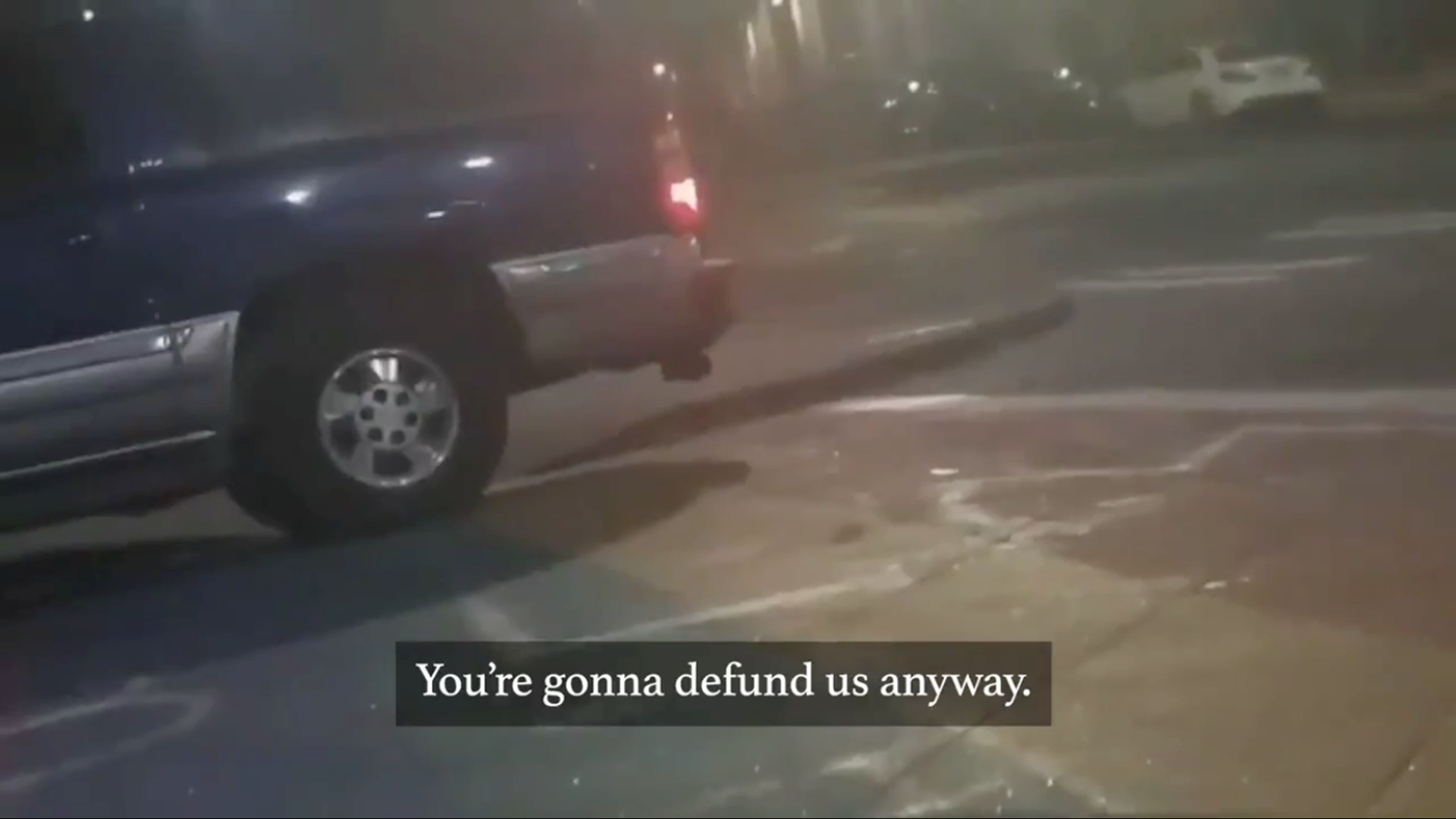 A police watchdog agency released a report saying a Seattle police sergeant who drove an unmarked SUV onto a sidewalk toward protesters during last summer's demonstrations violated department policies to protect life and safety.

The killing of George Floyd by a Minneapolis police officer sparked protests nationwide, including in Seattle.

The Office of Police Accountability received a total of 19,000 complaints involving the demonstrations. In a report released Friday, the agency said the officer's actions were dangerous, ill-advised and undermined public trust in the police department.

Chief Adrian Diaz had not seen the Office of Police Accountability report by Friday afternoon so no decision has been made regarding discipline.