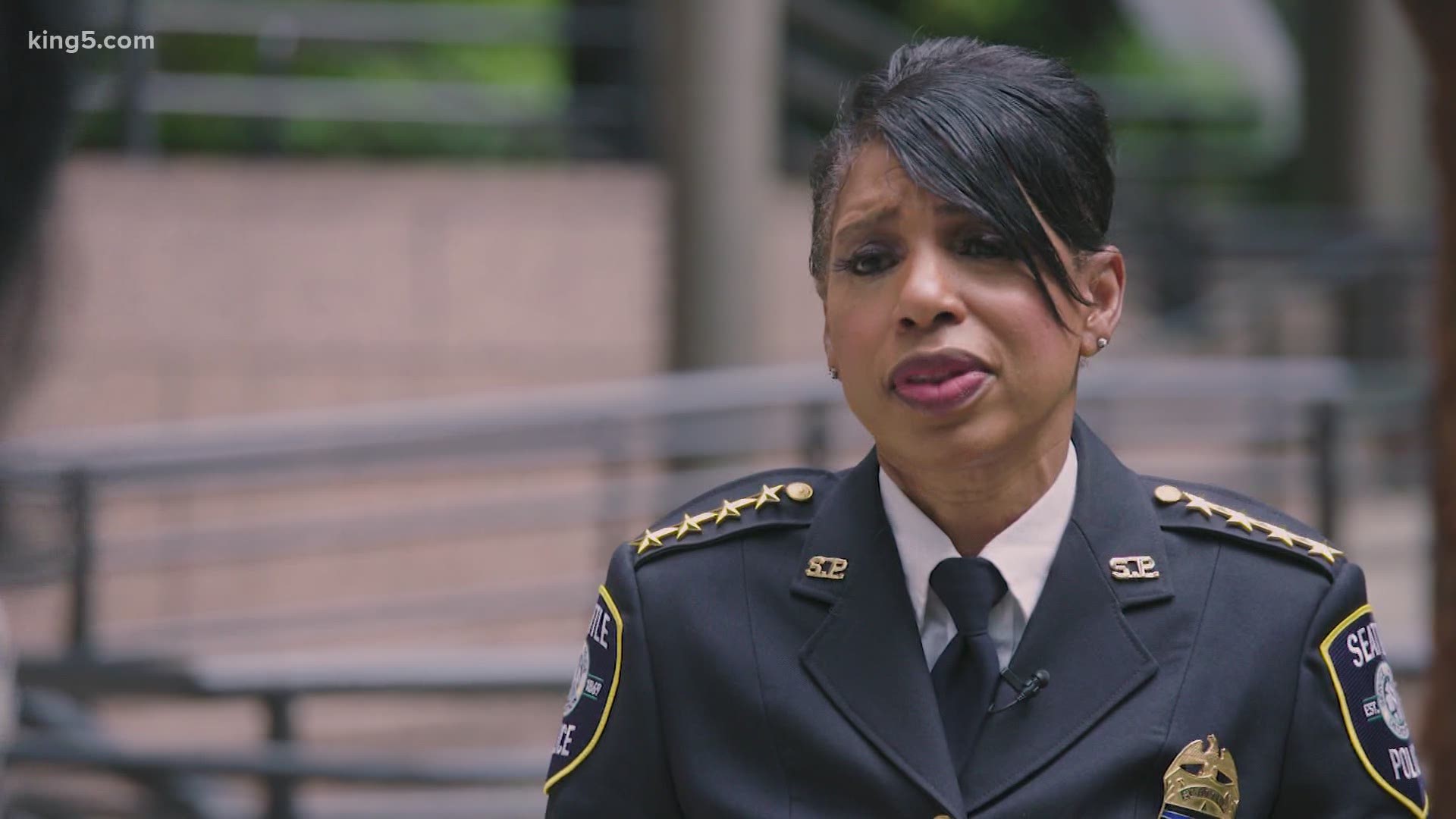 While Seattle city leaders are battling over the police budget, local newsrooms, including KING 5, are fighting a request by the Seattle Police Department.

SPD subpoenaed local television and print outlets for their unaired and unpublished video and photos from protests and riots in downtown Seattle on May 30.

KING 5 and other local media believes the request is a violation of the Washington Shield Law. KING 5 believes the request could put journalists in danger, because people may be lead to believe that KING 5 turns over information to police that goes unreported to the public; something KING 5 does not do.

Best defended the department's decision to take local media to court over the matter.

"We want to get the guns off the street," Best said. "That is what we're trying to do. I think the subpoena, in my view, was really narrow and focused. It covered a very small geographical area for a very short period of time looking specifically for a person who stole a gun, a particular type of gun that was dangerous. And so that's our job."

When asked if the police department had exhausted all other possibilities before submitting the subpoena, which is required under the shield law, Best said, "Well, fortunately for me, I don't need to make that decision. That's in the hands of the judge."

Regarding the topic of protecting journalists, Best said, "I'm not sure that it puts journalists in danger. I just think being out there in the field every day, in these current circumstances, there's some inherent risk that comes with that and I don't think one subpoena from one incident one month ago will be the breaking point either way."

A judge ruled in favor of the Seattle Police Department that outlets must submit some unpublished footage from May 30.

KING 5 and other local media are considering legal options.

RELATED: Judge rules that Seattle media must give unaired protest videos to police