The council president says she's sent an invitation to the mayor and Chief Best to discuss the budget. Best says she hasn't been consulted during the process so far. 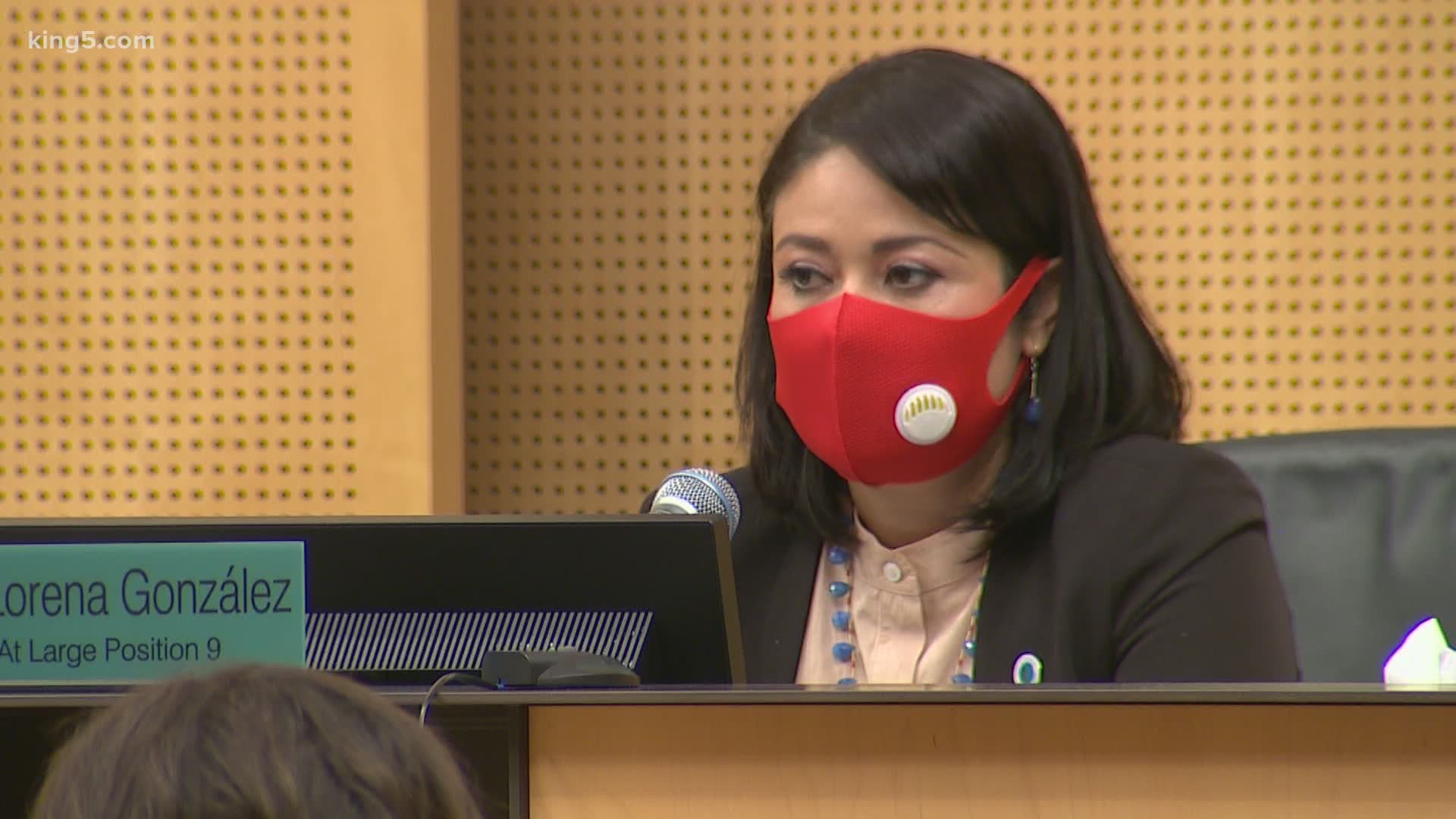 SEATTLE — On Thursday morning, Seattle City Council members discussed their plan to cut the Seattle Police Department (SPD) budget, saying it is about divesting from the police and investing in the community. That is what protesters have been calling for in the uprising that has happened since George Floyd's death in Minneapolis.

When it comes to the council taking action to defund police, there have only been initial votes on a series of amendments. More discussion on the proposals and a full council vote is expected next week.

González said the invitation has been sent "in the last 48 hours with a multitude of dates and times to be able to come together."

KING 5 obtained that invitation. Chief Carmen Best was included in the email about the council president's availability to "discuss any remaining issues related to chart a path forward to reducing the size of the SPD in 2020 and 2021."

Just this week, Chief Best said during the budget process, she has not had a seat at the table to discuss possible cuts.

When asked about how many conversations the council has had with Chief Best about this budget, González said, "in my mind, it was important to develop a unified council position which developed yesterday in our committee."

Chief Best said there have been no conversations. Councilmember Lisa Herbold said that SPD staff, including the department's chief budget officer, have been consulted along the way.

Part of the council's position includes about $3 million in cuts for Seattle police this year. The Council's Select Budget Committee is proposing the Homeless Encampment Navigation Team be eliminated with funds redirected so outreach can keep happening. Cuts to specialized police units and a reduction of 100 police officers are also being proposed.

While three councilmembers were inside city hall talking with reporters this morning, organizers of the Everyday March said they were shut out.

"All of them (council members) have promised us that we would be apart of each conversation when it comes to defunding SPD and reallocating those funds," said Tatii, one of the protesters.

"They have made so many promises, and they are not meeting them," said Sophia, another protester. "We are the Black voices here, and we are not being heard."

Council members said they are proposing a few million dollars worth of cuts this year with a plan to call for more significant cuts next year.

Demonstrators not satisfied by that have marched to the homes of city leaders. In some cases, photos of the vandalism left behind have resulted in criticism about those demonstrations.

"We will continue to call for peaceful tactics in all instances," said Herbold, who expressed concern about what happened at Chief Best's house. "I'm incredibly saddened by the fact that they were met by individuals in that neighborhood with guns."

Councilmember Tammy Morales made the point that there's a long history of people exercising their rights, and holding city leaders accountable in front of their homes. She said the marches are about fighting for the future

The Seattle Police Officers Guild is also planning a demonstration, a rally against defunding the police, for noon on Sunday at City Hall.