About 1,300 people live in Point Roberts, Washington, which is isolated from the rest of Whatcom County due to unique circumstances. 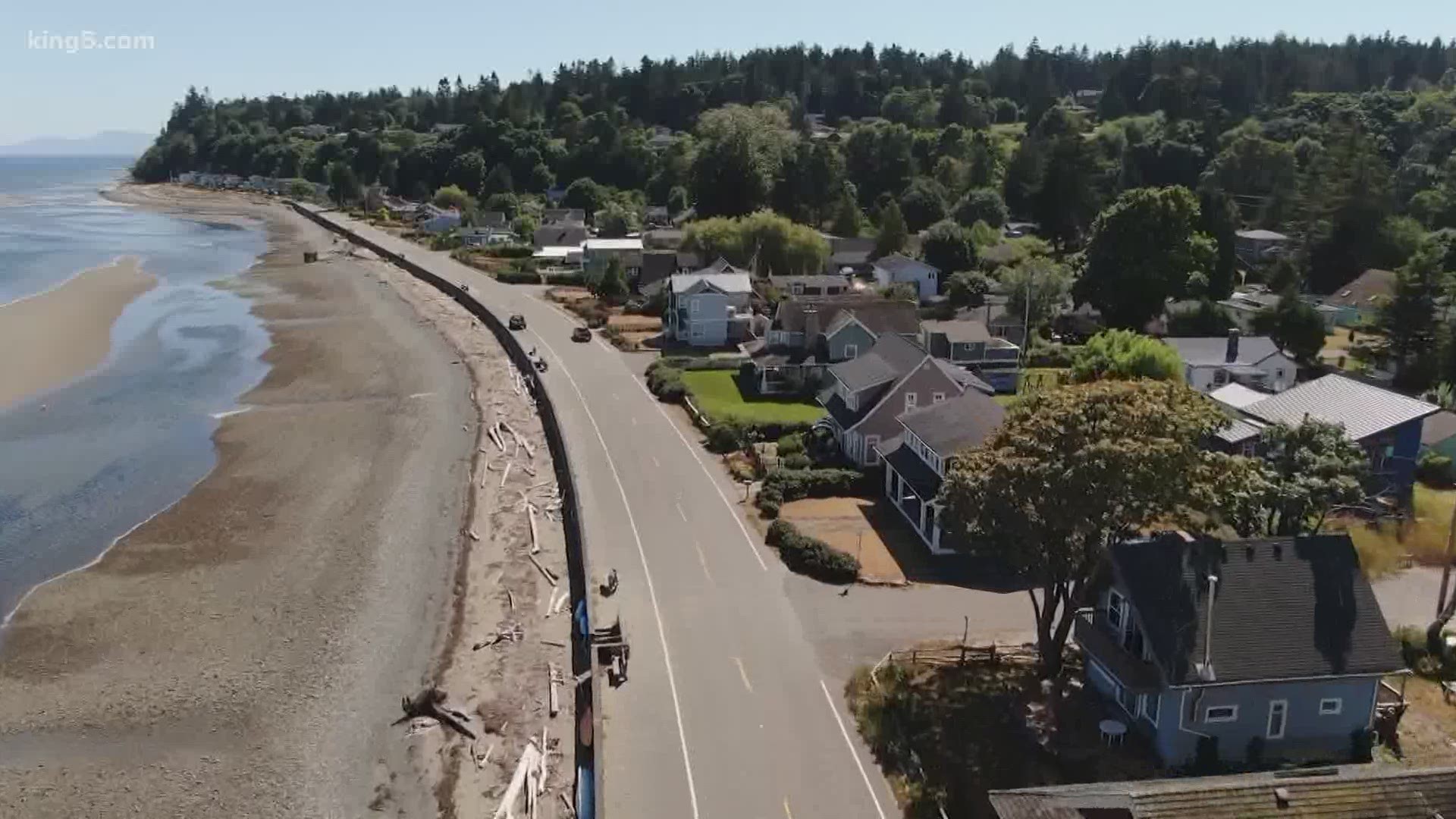 POINT ROBERTS, Wash. — It has been called the safest spot in North America, but now Point Roberts, Washington may also be the most desperate.

"We really need that border open to survive," said Tamra Hansen. She owns the Saltwater Cafe in the tiny town of Point Roberts, which is isolated from the rest of Whatcom County in the most unusual of circumstances.

The town is surrounded by water on three sides and shares its only land border with Canada.

The extended COVID-related border closure actually shuts down two crossings for this town of 1,300 people, who must commute 25 miles through mainland British Columbia to get to the rest of Washington state. The U.S.-Canada border closed in March and will remain closed through at least Sept. 21.

There is no regular ferry or air service to Point Roberts. There have also been no known positive cases of coronavirus reported there.

Hansen's cafe overlooks the international waters. Back in the town's heyday, bands like Bachman Turner Overdrive and Chubby Checkers would play to thousands of Canadians who avoided strict Sunday liquor laws in B.C. The area has always had a bit of a quirky existence, dating back to the Treaty of 1846, when British and American negotiators decided to slice the territory at the 49th parallel and leave the 4.8 square-mile stretch to the U.S.

The town's demographics now skew older, and many people have dual citizenship. But still, the economy and jobs depend on the ease of flow between the border.

"I rely on approximately 90% of my business from the Canadians, that come from the seasonal people. And we make our money in the summer to get through the winter," Hansen said.

U.S. Department of Transportation data shows how steep the drop-off has been, peaking near 3 million annual visitors 20 years ago. In 2019, 1.4 million people crossed into Point Roberts. This year, there have only been 217,000 visitors and that was mostly pre-pandemic.

Darryl Marquette works at TSB Shipping and is now surrounded by boxes.

"They (Canadians) can't come to collect their stuff. So here we are," Marquette said about a warehouse of Amazon and direct mail packages. It's a bit of a cottage industry at the Point, with northern neighbors looking to save a few bucks on big ticket items. Tires, car parts, and home decor goods were all big sellers.

But without those receiving fees, revenue has plummeted. Teresa Pope, who also works at TSB, said employees were forced to file for unemployment and try to prove to the state that they are limited in other options. After all, one of the local gas stations went from 17 employees to one, nearly overnight.

It is all context for why residents say they should be granted a special case to travel into Canada, or through, to access Whatcom County.

"Since nobody in Point Roberts has tested positive for COVID, I don't know if there's a way to make a little exception," said the Town Librarian Kris Lomedico, who has lived here for six decades.

"Businesses here are down 80% -- down 80%! They can't survive through this winter. Like, it's not possible," adds Brian Calder, another longtime resident, who worked years ago in Vancouver, B.C. as a city councilor. "I'm really pessimistic about the recovery here."

Calder has been part of a petition for relief, and suggests town members should get a pass. There is precedent for it. Just recently, Canada worked out a plan for Alaskans to cut through the lower mainland through five specific ports, and with car placards to identify themselves.

In Inslee's letter, he cited the need for a "practical solution to this issue" and the "unique hardships" faced by Point Roberts residents. It followed a similar letter to the U.S. Ambassador to Canada, co-written by Senators Patty Murray and Maria Cantwell and Congressmembers Suzan DelBene and Rick Larsen.

Hansen worries it will be too little, too late. "All the other restaurants have closed down, the golf course is closed. Quite honestly, I probably should have just closed."

Editor's note: On Tuesday, Aug. 25, KING 5's Chris Daniels returns to Point Roberts to tell us how some students and parents are now trying to make a difficult decision about their immediate school future. 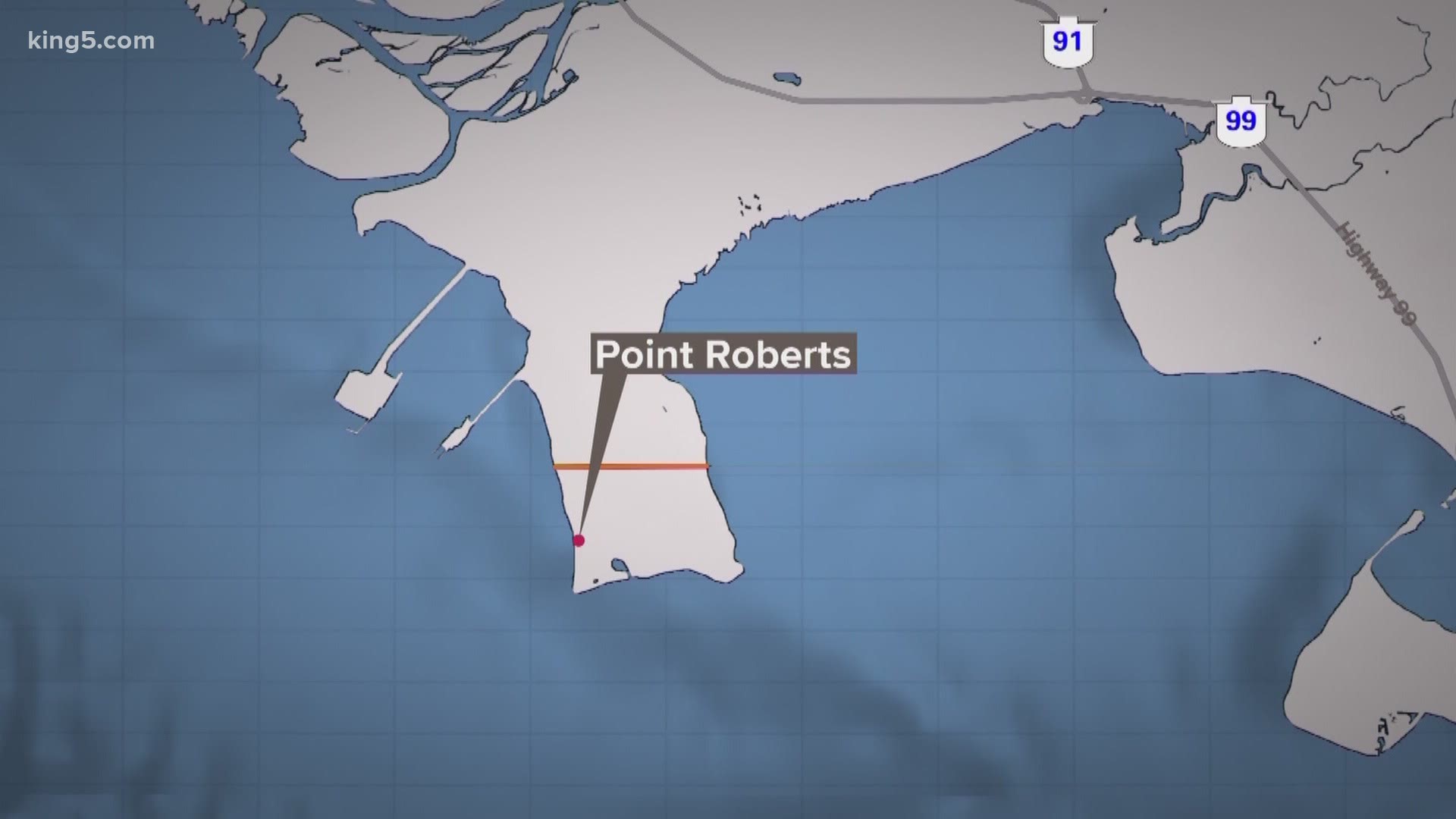