Washington state-based Honu Management is under scrutiny after failing to meet its COVID-19 testing contract within three days. 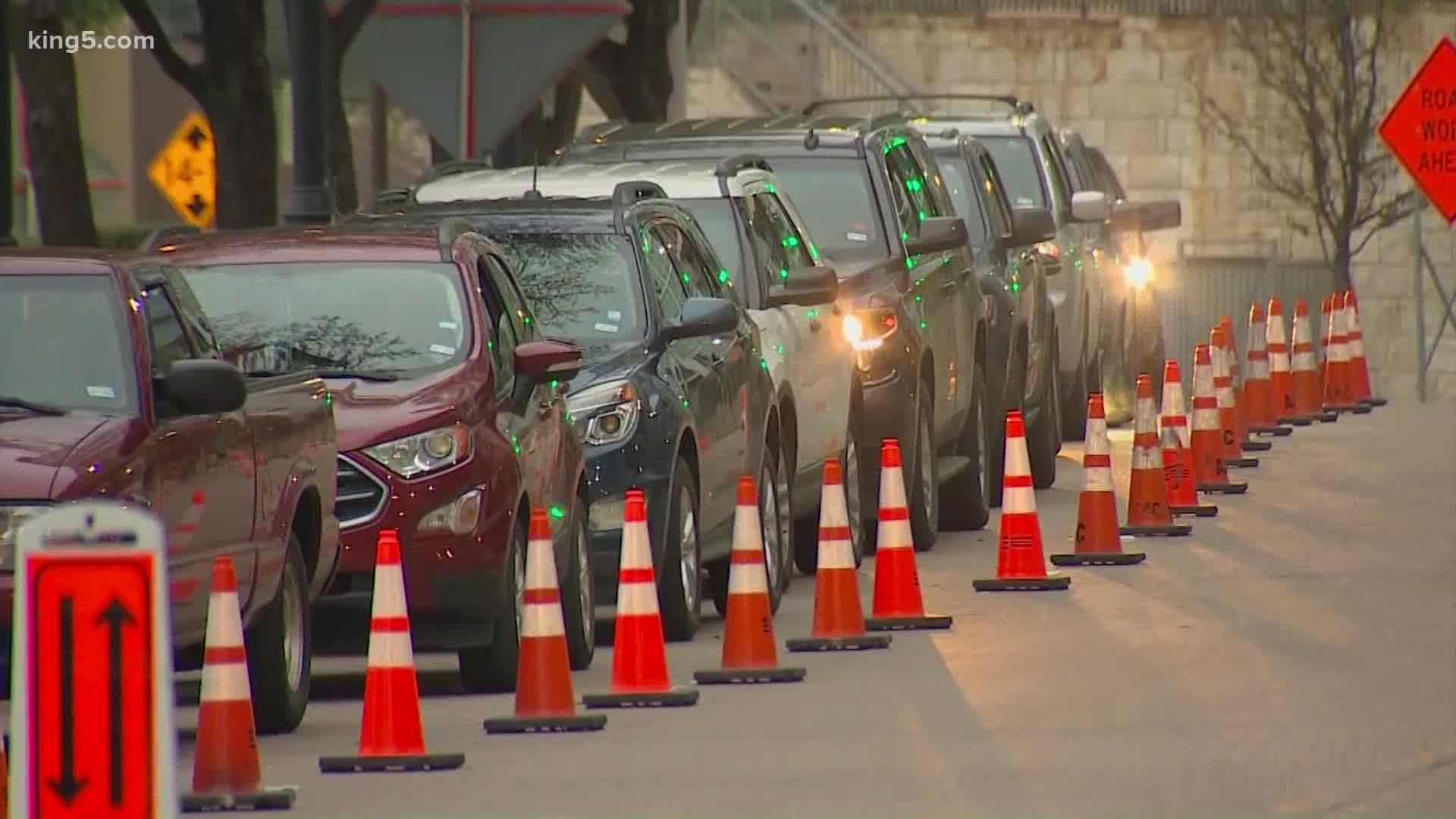 DALLAS — A Washington state-based company is drawing increasing scrutiny as it secures publicly-funded COVID-19 testing contracts across the county.

That’s raising questions about why Washington state did not warn other states about the company’s officers, who are linked to a long-running health care fraud investigation by the Washington State Department of Health.

In Dallas, Texas officials “paused” a $14 million testing contract with Honu Management, of Spokane Valley, after the company failed to meet its contract requirement to turn around test results within three days.

“I didn’t hear anything from the facility until ten days later when I received my test results,” said Vanessa Izquierdo, who recently visited a drive-through test site that Honu ran at the University of Dallas.

When she did get her results 10 days later, they were “rejected,” meaning the test was unable to determine whether she had coronavirus.

Dallas suspended its contract with Honu after it heard more stories like Vanessa’s, and a study showed that Honu was taking an average of eight days to provide test results at one test site.

Some of the questions now being asked about Honu Management stem from a KING 5 Investigation that aired in November.

KING 5’s investigation revealed a three-year probe by the Washington State Department of Health that accuses Thornton and others at DA Medical of orchestrating a “kickback” scheme to bilk insurance companies.

Less than two months after that story aired, Thornton and at least three other DA Medical Group employees formed a new company in January – Honu – and began soliciting and bidding on COVID-19 testing contracts across the country.

They have secured multi-million dollar public contracts in Texas, Missouri, and Michigan.

“(Dallas) said, ‘Hey, look, this was an emergency situation because it was a pandemic.  We didn’t go through the normal soliciting for an open bid,’” Hacker told KING 5 about Dallas’s hasty decision hire Honu.

Even though the Washington State Department of Health has thousands of pages of investigative files on DA Medical Group, and its CEO Devin Thornton, those records have been not been made public as the department investigation stretches beyond three years.

Hacker, who was researching the startup company that was receiving up to $14 million from Dallas and $17 million more from the Texas Division of Emergency Management, found Honu’s connection to the Washington state investigation after viewing the KING 5 story online.

“It was interesting. It made us ask more questions about just who is this company?” Hacker said.

The Dallas Morning News reported that Honu misrepresented or overstated its qualifications when it proposed managing COVID-19 drive-through testing and laboratory analysis for contracts in Dallas and Dallas County.

For instance, Honu claimed it had experience providing testing for a Native American tribe in South Dakota. But the Dallas Morning News reported that half the people tested there came back with potentially false positive results, so the tribe stopped using Honu’s testing.

After the Dallas Morning News articles, the mayor of Dallas called for an audit into how the Honu contract was awarded.

“One thing the city pointed out is, ‘Hey, you know, no one’s been arrested for anything,’” Hacker recalled.

The Washington State Department of Health acknowledges that the investigation linked to DA Medical is taking longer than usual, calling it a “complex” kickback case that involves several medical providers.

“This is definitely not a case I would categorize as ‘standard,’” said department Assistant Secretary Kristin Peterson, who runs the Health Systems Quality Assurance program.

Peterson points out that DA Medical and Devin Thornton are not the targets of the Department of Health's investigation, since the agency is only authorized to investigate licensed, medical professionals.

“We currently have open cases against several podiatrists who worked with DA Medical Group,” Peterson said.

As KING 5 reported in November, three Seattle-area foot doctors are accused of over-prescribing medications and equipment to patients whose insurance companies were billed for the treatments.  The doctors then allegedly received a share of insurance reimbursements – a kickback.

The licensed doctors, who denied any wrongdoing through their attorneys, are the ones under investigation. But state DOH records allege that Thornton and DA Medical orchestrated the kickback scheme using a corrupt online pharmacy and by soliciting local doctors to write the prescriptions.

Peterson was asked if DOH should do more to warn other states about Honu’s link to DOH’s ongoing investigation, since so much is at stake with coronavirus testing.

“We would not be in a position to make any announcements about the company itself,” said Peterson, because Honu and DA Medical are not licensed healthcare facilities.

Does that mean Honu is free to operate, unregulated?

“I do know that based on what I’ve read that there’s been an interest at the federal level on kickback schemes involving pharmacies across the nation,” said Peterson.

“HHS-OIG general policy is to neither confirm or deny the existence of an investigation,” Health and Human Services spokesperson Yvonne Gamble wrote in an email reply to KING 5’s question about whether its investigators will take action.

Devin Thornton, the Honu and DA Medical Group CEO, has not responded to KING 5’s numerous calls and messages.

Thornton did answer questions from the Dallas Morning News.

“Devin Thornton has told us that there was no kickback scheme and that his company was performing legitimate work for these other companies that they work with and it was someone else’s wrongdoing,” Hacker said.

For now, Honu is still free to vie for millions of dollars in COVID testing contracts.

“I think it’s pretty crooked.  I think it’s all a money grab, regardless of the interest of the general public,” said Vanessa Izquierdo of Dallas.

After waiting 10 days for an inconclusive test result, she’s still not sure if she had the virus.

“I don’t understand.  Why isn’t anybody taking the initiative to say something or do something (about this company),” she said.