Victim advocates and judges in King County say they're blindsided by the lapse in monitoring and pledge to "fix" the problem. 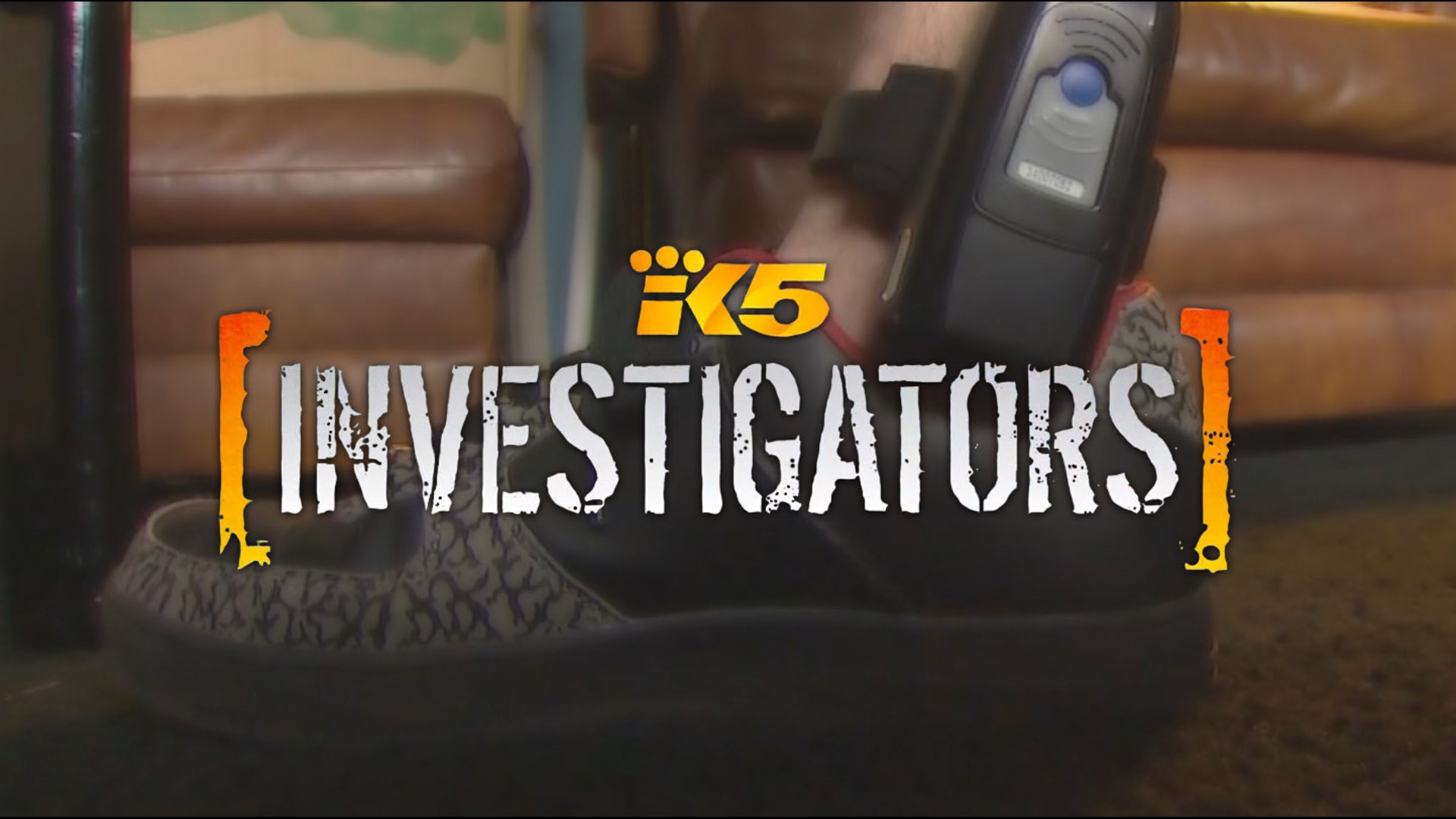 During the time of COVID, in an effort to create more room in county jails, many judges are assigning more offenders than ever to electronic home monitoring (EHM).

In this system, a person convicted of crimes like DUI or awaiting trial for charges such as assault, is fitted with an electronic ankle bracelet. In King County, if the offender goes somewhere not allowed, or at a time not allowed, or cuts the device off altogether, employees at the Department of Adult and Juvenile Detention (DAJD) receive an alert.

The alert prompts DAJD to notify other people to keep the public, and in some cases specific victims, safe. That includes calling the offender and notifying the court. In serious circumstances, law enforcement is contacted to respond.

But the KING 5 Investigators have found DAJD employees aren’t seeing violation alerts on nights and weekends. That office is currently staffed from 7 a.m. to 3:30 p.m., Monday through Friday.

Outside of business hours, if there’s a violation, King County DAJD caseworkers hear about it the next business day. That means if someone offends late on a Friday afternoon, DAJD will find out on Monday morning.

This happened in at least one serious case, KING 5 has found.

In February, a man from Tacoma was charged with domestic violence felony assault for allegedly strangling his pregnant girlfriend in late 2019.  While awaiting trial for that charge, a judge released him from the King County Jail and sentenced him to electronic home monitoring.

On May 15, according to police reports, the man, whose name we are withholding to protect the victim, allegedly strangled the woman again and committed several other crimes in a Federal Way apartment.

“The defendant wrapped his arm around the victim’s neck and squeezed tightly telling her that he was going to kill her. The victim thought she was going to die,” wrote a King County Senior Deputy Prosecutor in a case summary submitted to the court.

According to court documents, also on May 15, the suspect hit the woman’s six-year-old son in the face, set the apartment on fire and assaulted Federal Way police officers who responded to the scene.

While police made an arrest, the people in charge of managing his home detention had no idea until three days later. The alleged crimes happened on a Friday afternoon, outside of “office hours.”

Stakeholders called this a grave “flaw in the system,” and said they were blindsided when they found out about the loophole within the last few weeks. This includes victim advocates, victims, and even judges making home detention decisions.

“We were deeply shocked, and we learned about it last week, frankly,” said Judge Jim Rogers, Presiding Judge for King County Superior Court. “It used to be 24/7 (monitoring) for years and they never told us that they changed it. That’s the problem.”

In the last five years in King County, the number of people on electronic home monitoring has surged: from 32 people in 2015 to 111 last year. During the coronavirus pandemic, that number has nearly doubled to more than 200 people.

Dozens of people fitted with ankle bracelets in King County have been charged or convicted of serious offenses, such as sex crimes, robbery, and assault, according to data supplied by DAJD.

Victim advocates said they are troubled by the lack of transparency, as victims assumed they’d be notified of a violation any time, on any day.

Late Tuesday, DAJD sent an email to KING 5 that said there is no loophole – that they’ve never monitored alerts of violations 24/7.

“DAJD has never been staffed to manage this caseload of (electronic home detention) participants around the clock,” wrote Noah Haglund, communications specialist for DAJD. “We are talking to our partners in the courts and the Prosecuting Attorneys Office about how a more real-time process might work on nights and weekends.”

Presiding Judge Rogers disagreed with that assessment, but in the meantime, he said King County judges will no longer assign electronic home monitoring in cases that involve violence.

“We will not be using (electronic home detention) for violent crimes until it is in compliance with State law and otherwise working the way intended. We are working with stakeholders and appreciate the efforts of the Executive branch and DAJD to get this right.”

After KING 5 started asking questions, DAJD began a pilot project to monitor alerts on weekends for four hours each day.

“Starting just this past weekend, we had staff working Saturday and Sunday, giving us the ability to report (electronic home monitoring) violations to the Court seven days a week. These staff members were brought in on overtime for 4 hours per day each day as a pilot. We don’t expect to be able to do this beyond Jan. 1, 2021, due to budget restrictions,” Haglund wrote.

King County Councilmember Jeanne Kohl-Welles, Chair of the Budget and Fiscal Management Committee, called the lack of 24/7 monitoring “disturbing.” She said she’ll bring the issue to the council on Wednesday during the first criminal justice budget briefing before her committee.

“I can promise you we’ll be delving into this topic,” Kohl-Welles said.

KING 5 collected data showing an increase in the use of electronic home monitoring in Pierce County as well, where approximately 30 to 40 people awaiting trial on charges are typically enrolled in the program, according to Pierce County Superior Court Clerk Andrea Kelley.

In March and April of this year, as coronavirus concerns grew rapidly, the number increased to 90 people. There are currently 75 participants in the pre-trial program, according to Kelley, who said most cases are monitored during the business week, except cases involving violence where they have a system to monitor 24/7.

Approximately 20 additional people are on electronic home monitoring in Pierce County on a pilot program for low-level offenders who would typically be serving time in the Pierce County Jail, according to Chief of Corrections Patti Jackson-Kidder. Those individuals are monitored Monday through Friday and are serving time for DUI-related convictions. Chief Jackson-Kidder said no violent offenders are enrolled in the program called JCAP - Jail Confinement Alternative Program.

More from the KING 5 Investigators