Three families of students with disabilities filed a petition against the Board of Education and OSPI to overturn rules they say violate basic education rights. 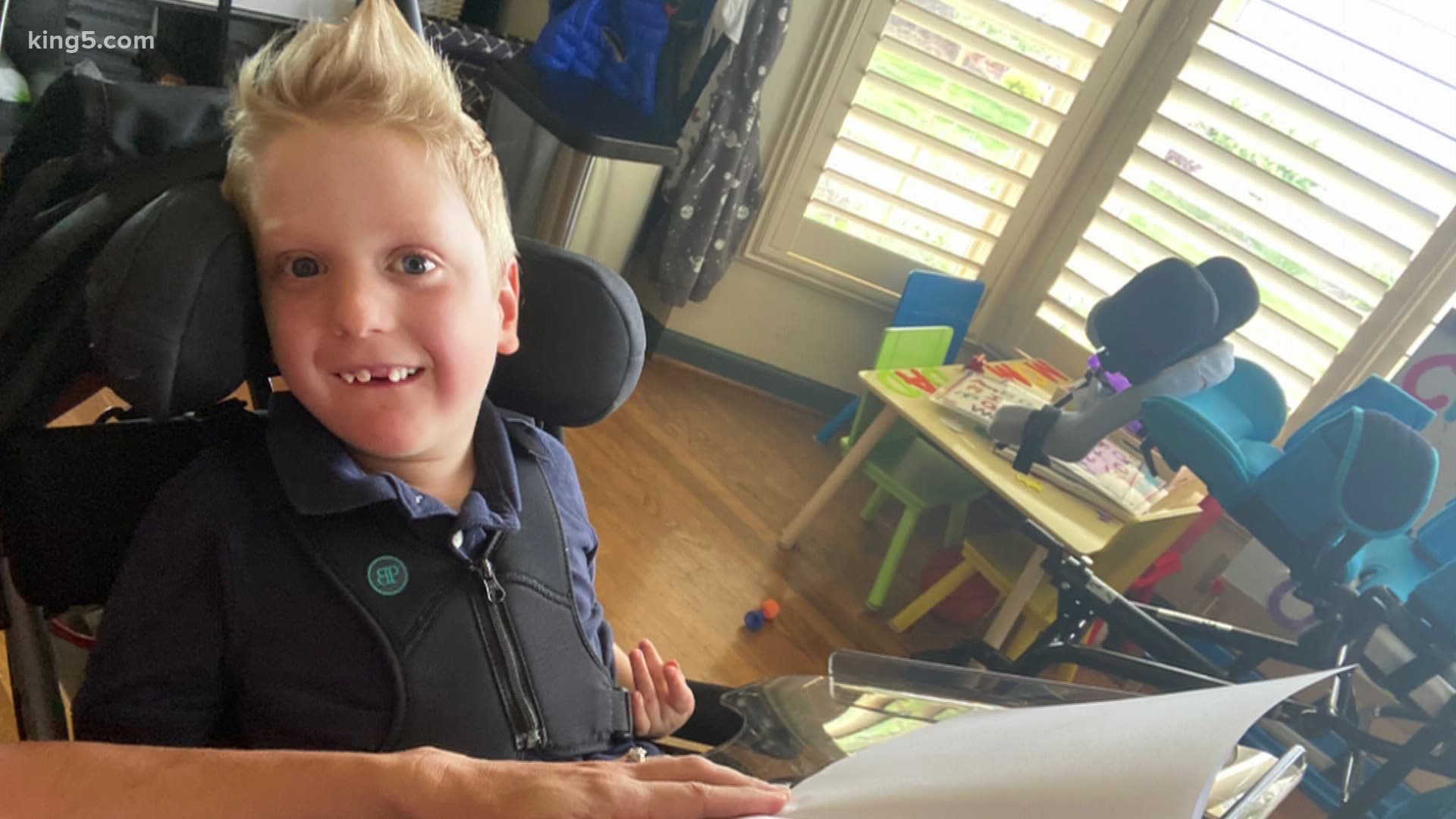 THURSTON COUNTY, Wash. — Three Washington families of students with disabilities say emergency rules adopted by the state because of coronavirus violate the right of a basic education.

The families in Thurston, Pierce, and King Counties have filed a petition asking the Thurston County Superior Court to intervene.

Adrienne Stuart, mom of 6-year-old Jack, said when school switched to remote learning in March, the biggest loss for her son was not having time with his paraeducator.

"He had been spending, you know, 40 hours a week with this person who he knows and loves and is helping him access a free and appropriate public education. For that to just be gone was devastating," said Stuart.

Stuart added that her son Jack is an emerging communicator who does need some level of in-person instruction to help him learn. Stuart and her husband both work full time.

"This plan that is being promoted right now across the state relies on parents quitting their jobs," said Stuart.

In a statement, petitioner Carolina Landa said, "households like mine are at real risk of losing everything if I'm forced to quit work in order to deliver educational services and therapies for my child."

"These rules set out by state agencies are promulgating privilege and denying equal access to a child with special needs. Washington state needs to better for our children," wrote petitioner Cristine Beckwith.

The families' petition for judicial relief, filed on Tuesday, names the Washington State Board of Education and Office of Superintendent of Public Instruction (OSPI) as respondents, saying the emergency rules adopted in response to coronavirus strip away the basic education constitutionally required for every student.

Attorney Kathy George represents the families and said students have a right to 1,000 instructional hours and 180 school days a year.

"These agencies, either waived entirely or weakened the requirements for the hours of the school day, and the number of school days," said George.

An OSPI spokesperson said they received the lawsuit two days ago and are taking time to go through it before providing comment.

In a statement, Randy Spaulding, executive director of the State Board of Education said the board's legal counsel is in the process of reviewing the petition, and that "the State Board believes it has acted in a legal and appropriate manner in this difficult time of the COVID-19 pandemic."

When asked about the public safety concern attached to returning to the classroom, George said, "the parents bringing this case share those concerns about safety, absolutely. We know, however, that there are protections that can be used to ensure the safety of staff and children. We saw those protections in a childcare context last Spring."

However, in places like King County, health officials said the current level of COVID-19 is a serious concern.

“When it comes to COVID-19 activity, schools have been put in a position of having to make decisions based on the actions of our entire community. No educator, parent, or public health professional would choose to limit face-to-face interaction that we know is so critical for our young people, but with lives at stake, this is the difficult position schools are in,” said Patty Hayes, director of Public Health – Seattle & King County, on July 22.