Experts worry about a rushed COVID-19 vaccine from Russia 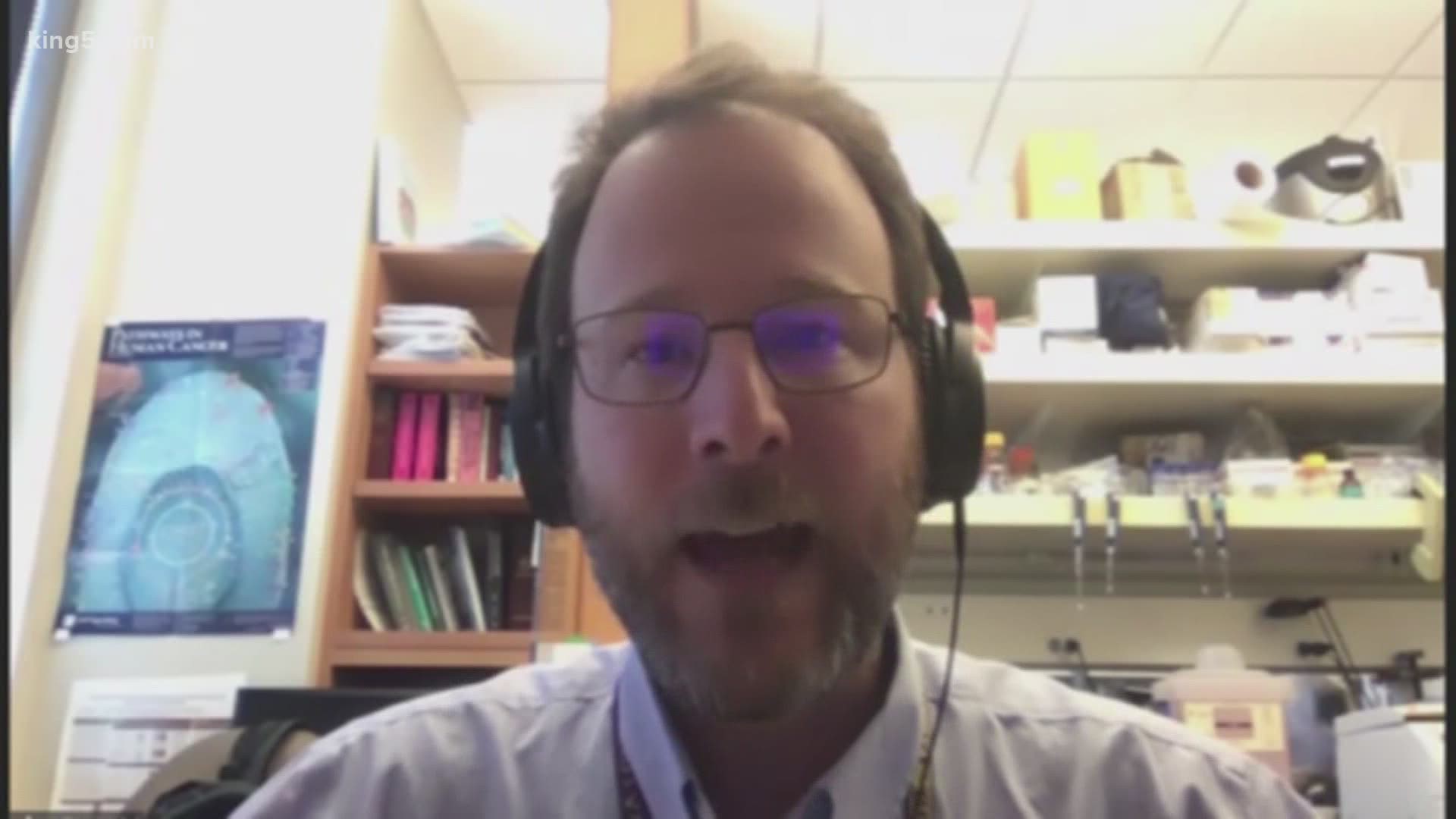 SEATTLE — The reaction from scientists has been swift after President Vladimir Putin announced Russia was the first country to clear a coronavirus vaccine and declare it ready for use.

Scientists around the world have been sounding the alarm that the rushed start using the vaccine before Phase 3 trials, which normally last for months and involve thousands of people, could backfire.

Many experts said that Russia is taking a dangerous step by jumping ahead of Phase 3 trials, which can determine that the vaccine is safe and effective on a much larger population.

"There are very good reasons for our Phase 1, Phase 2, and Phase 3 approach," said Dr. Geoffrey Baird, M.D., Ph.D., a board-certified pathologist at UW Medicine. "These are internationally accepted standards."

Phase 1 is when a possible drug is tested within a small number of humans. Scientists get their first look at whether the vaccine is considered safe and effective.

If the drug candidate passes Phase 1, it can move onto Phase 2, with several hundred volunteers inoculated with the vaccine. Phase 2 is when additional side effects can be found.

Then there is Phase 3 of a clinical trial when the drug or vaccine is tested on tens of thousands of people.

Dr. Baird said it is unsafe to skip Phase 3, but it can also fuel suspicion in a vaccine that could potentially impact billions of people.

"As you know right now, there are parts of our society that are already suspicious of vaccines," said Dr. Baird.

Dr. Baird said other vaccine candidates are currently in Phase 3 that have had promising results but are not being released early until the trials are completed.

Many scientists and health officials are hopeful that a fully tested vaccine will be available by the end of this year or early next year.

RELATED: How does the COVID-19 vaccine work?