Sahana Vij is a Redmond High School graduate who says she has been cooking her whole life. 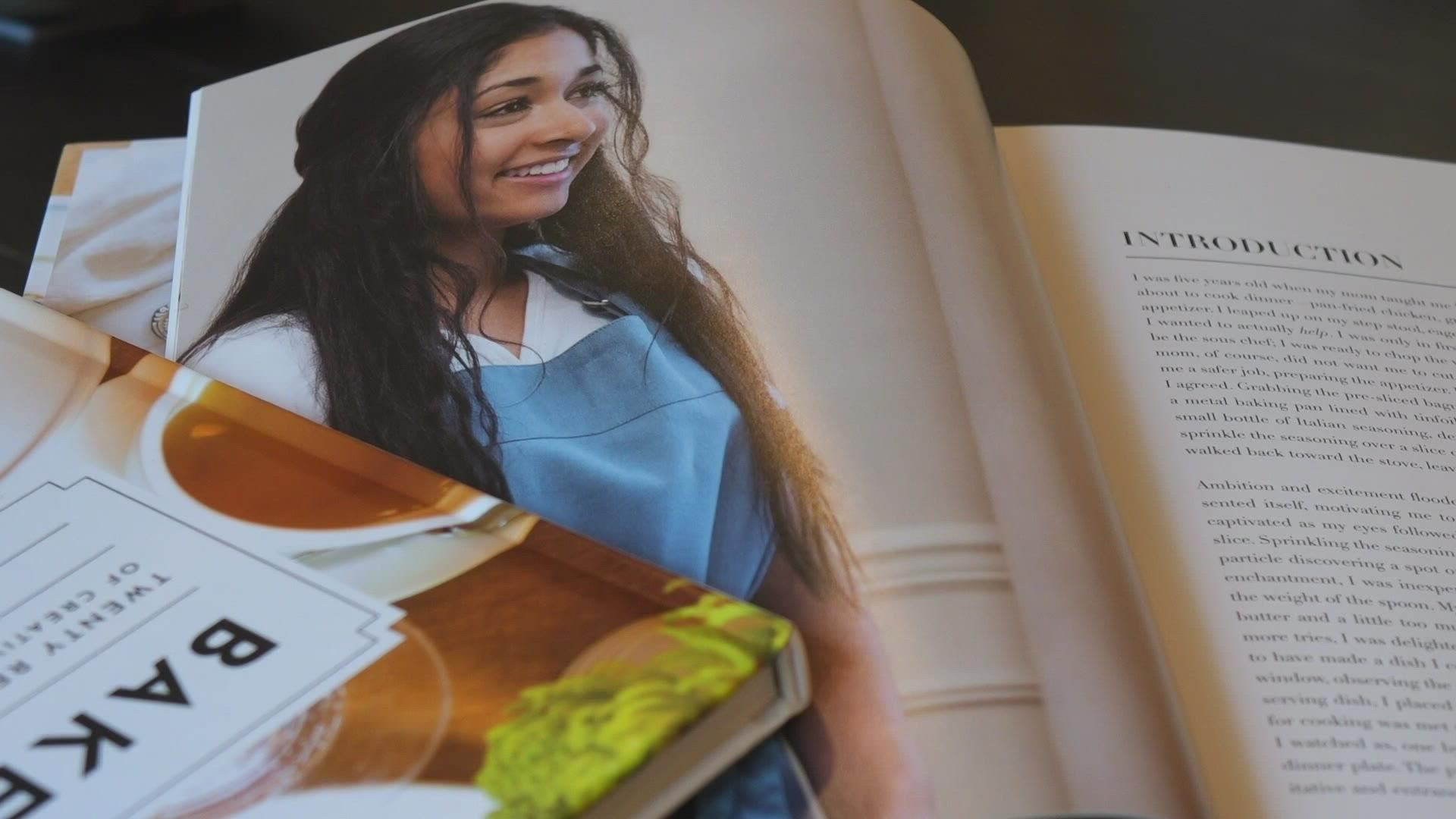 REDMOND, Wash. — A teenager from Redmond is adding published author to her academic resume on her way to college.

Sahana Vij is a Redmond High School graduate who says she has been cooking her whole life.

“My parents were always in the kitchen and I love to cook,” Sahana said.

Her parents also taught her the importance of giving back.

“When I was little my mom would make enchiladas and we would feed people at a local shelter,” she said.

By the time Sahana was in High School she developed a passion for writing. That’s when she started forming the idea of a cookbook.

Her father encouraged her to start compiling her favorite recipes and that was the inspiration for “Bake Away.” Sahana says the name captures her passion for baking and the personal recipes she collected over the last 18 years. The published book of recipes features 20 recipes that range from the “Redmond Pair Creme Tarte” to the “Kauai Tropical Smoothie.”

Sahana says there's a heaping helping of vulnerability in her cookbook.

The multitalented young author is also the photographer for her recipes and offers a truly sweet twist to her new book.

“I’m donating all of my royalties to No Kid Hungry - an organization that helps communities feed kids through school lunches, food banks and advocating for policies to help expand food assistance programs."

Sahana held a book release event over the weekend and says she was amazed to be approached by young people who saw her as a role model.

“One 12-year-old girl came up and had wide eyes. Like, star-struck," Sahana  said. "She said I was inspiring and that inspired me to realize I was motivating kids.”

Good momentum for Sahana whose book hits the shelves at all 59 QFC locations September 14 and becomes available nationally in October.

Sahana is releasing the book just as her parents prepare to release her to college. She is headed for the University of California, Irvine.

“Moving away is a part of the theme of my cookbook. 'Bake Away' is all about family and recipes from travels so I’m just happy to share the book and support kids facing food insecurity," she said.