A teenager seen in a now-viral photo showing white kids in black face paint said she had no idea the girl posting the photo would include a racist hashtag. 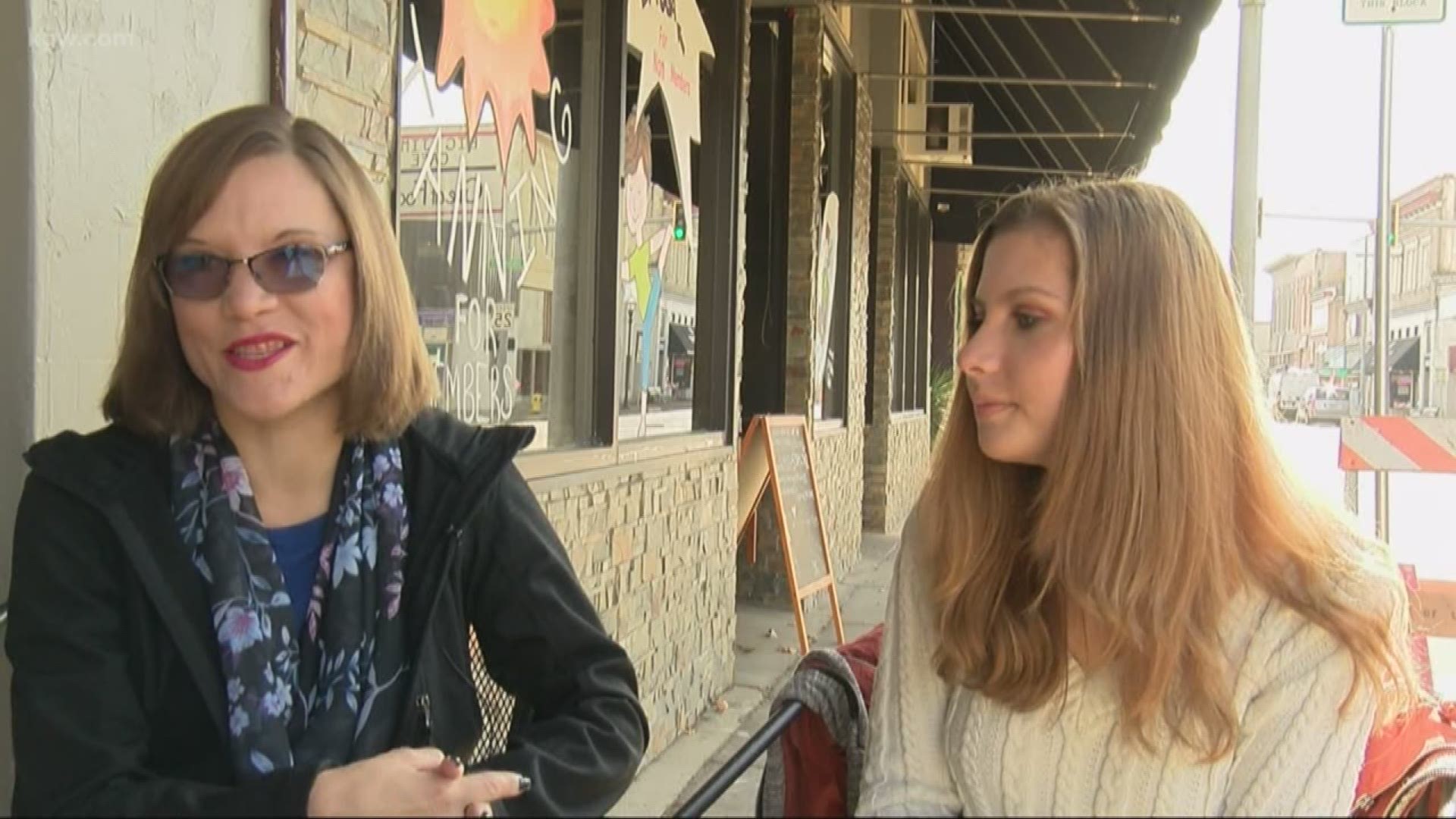 PORTLAND, Ore — An Oregon teenager seen in a now-viral photo showing white kids in black face paint said she had no idea the girl posting the photo would include a blatantly racist hashtag.

She also didn’t know posing for the picture would result in death threats and plans to change schools.

“In my opinion the picture was innocent until somebody made it wrong,” said Jasmine Bates, in an interview with KEZI in Eugene Thursday.

By that, she means the girl who posted the photo on Snapchat, a girl she’s not naming, included a caption: #n*****gang.

The full word was spelled out.

“I didn't even know that the picture was posted until Sunday morning,” said Jasmine.

The Lebanon High School freshman said it all started when she and other kids volunteered to scare people at a haunted barn, a well-known fundraiser for their school's Future Farmers of America chapter.

“All these kids in the picture, they're hard working kids,” said Jasmine’s mom Laura Lewis. “They're probably some of the best in the community.”

“I was like, 'Oh, I can't wait to scare people,'” said Jasmine, of the fundraiser.

She said she showed up Saturday, ready to help.

“I signed up for the role doing people in black, and there was other people that did it too, and our job was basically to hide. One person hid behind the wall and like jumped out and scared people.”

When she got there, she said an adult chaperone issued instructions.

“He told us to put our hair back and our hoods up and have our faces painted black so that they wouldn't be visible at all,” she said.

The kids obeyed, and Jasmine said one wanted to document the moment.

“We took a picture, this group picture,” she said. “And after everyone walked away, the girl who had took the picture posted the picture with the caption ‘hashtag whatever,’ and the rest of us weren't really aware of what she said.”

The next morning, the teen girl woke up to a tidal wave of anger aimed at the racist word and images of white kids in blackface.

“People were blowing up my phone [saying] 'you're disgusting', 'You're nasty'… There were people who like sent death threats and lots and lots of insults.”

By Monday, the backlash had spread to Lebanon High, where kids and parents were buzzing.

“What they did wasn't okay,” said sophomore Mykenzie Davidson.

“I mean, I just don't understand why kids are doing that,” said a parent.

The school's principal warned the girl behind the hashtag could be punished, adding kids’ not understanding the racist history of blackface won’t serve as an excuse to brush this under the rug.

“I think we need as a school to examine and educate the whole idea of blackface,” said Craig Swanson, principal at Lebanon High. “Though there was a role for it, to understand that's not acceptable, and I will take that on as principal”

In the meantime, Thursday, Lewis said all this fallout has scared her teenager.

“My daughter hasn't even returned to school since Monday, and we're looking at other options just so we don't have to return to the public school setting,” she said.

“The whole thing just doesn't seem fair to me that all of us are getting blamed and attacked online for the one girl's action,” said Jasmine.

On Friday, Nov. 1, Superintendent Bo Yates sent out a letter to the Lebanon community. In it he apologized for the photo and said the district will be working with their racial equity team to better educate staff and students on racism and bigotry.

"When an event such as this occurs it demands that we reevaluate our beliefs and priorities," Yates said. "Our team is moving forward to ensure that our students feel safe and respected and to restore the feeling of positive optimism for our schools and community."