Chris Suh, a manager at Northwest Harvest, was once a food bank recipient. Now he’s urging others to not be afraid to ask for help. 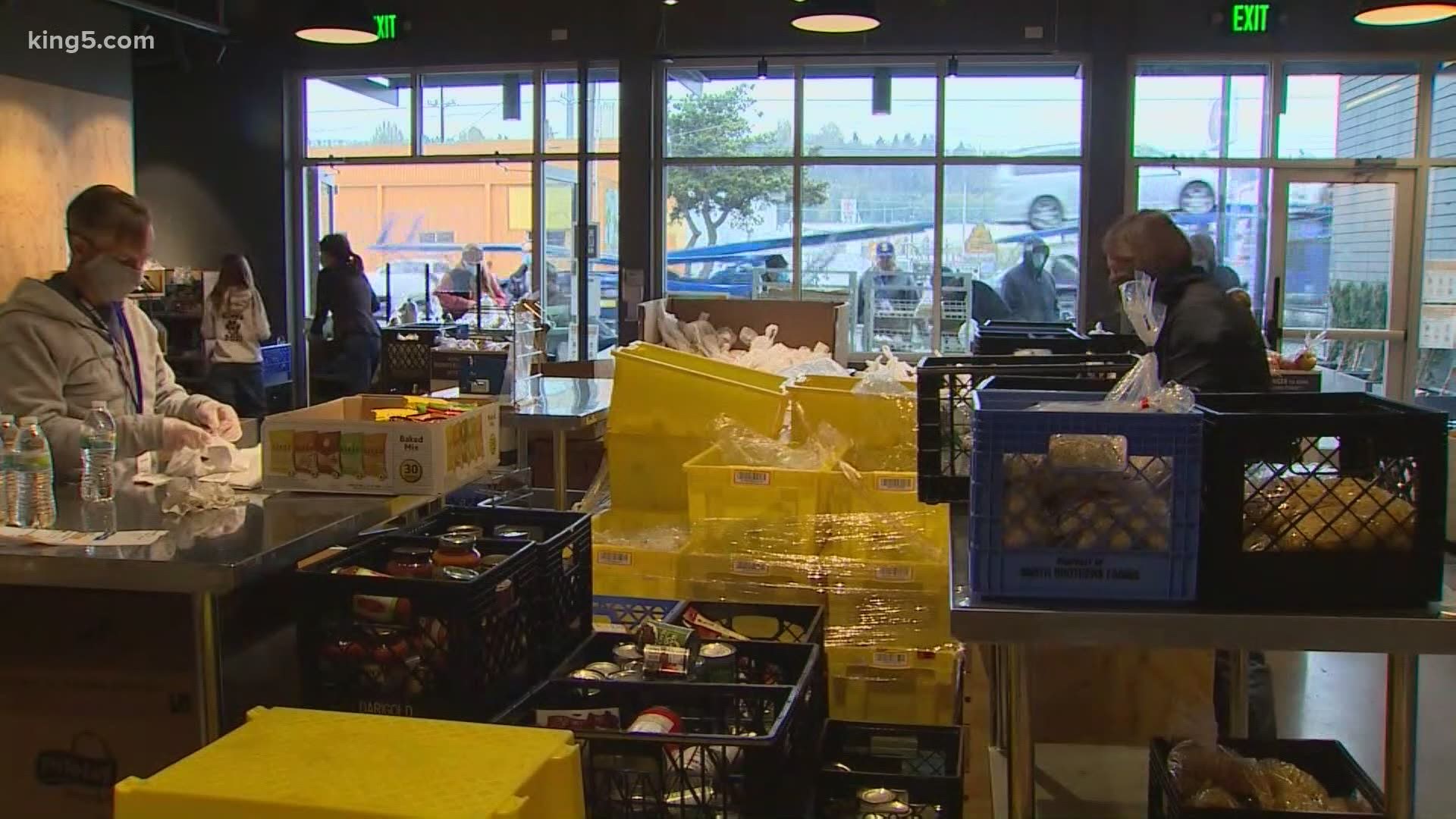 SEATTLE — At Northwest Harvest's SODO Community Market, the people in line receiving groceries may have never struggled with food before. But the coronavirus pandemic has changed the face of people in need.

In Washington state, 2.2 million people are struggling to put food on the table. That's more than twice as many people since the pandemic began.

Some people facing food insecurity right now might be ashamed or embarrassed to ask for help.

Chris Suh knows the stigma all too well. About a decade ago, he was the one needing food assistance after losing his job.

He remembers the first time he showed up at a food bank.

"I circled around the parking lot of the food bank, probably like four or five times before I actually parked my car," said Suh.

He had a car and an apartment, but he struggled to pay the bills and he worried people would think he was taking from something he didn't deserve.

Suh even strategically went to the grocery store to use his EBT card when most people weren't around.

"I waited until it was later at night to go in and use it, because, again, I didn't want people to think that I was taking something," explained Suh. "And I felt that way even though I really needed it."

After seven months of relying on food banks and state assistance, Suh was able to get back on his feet.

"Once food insecurity wasn't so high, I had energy to think about other things I had," Suh said. "I had capacity to go do other things. You know, my first job then led to another job and working full time."

Suh now works as a manager at Northwest Harvest, one of the places he relied on for food when he was struggling. And he encouraged people not to be afraid to take advantage of help.

"We're seeing a rise in cases right now," Suh said. "And..one of the ways to fight that is to make sure people are eating healthy, nutritious meals and that they're eating them regularly."

How to support Home Team Harvest

There are four ways you can help support KING 5's efforts to raise 20 million meals through Home Team Harvest.

Watch the broadcast special: On Saturday, Dec. 5 at 10 a.m., tune in to KING 5 for a one-hour special as we celebrate 20 years of Home Team Harvest.