The family thought they would get a few hundred responses. Instead, more than 150,000 voted around the world. 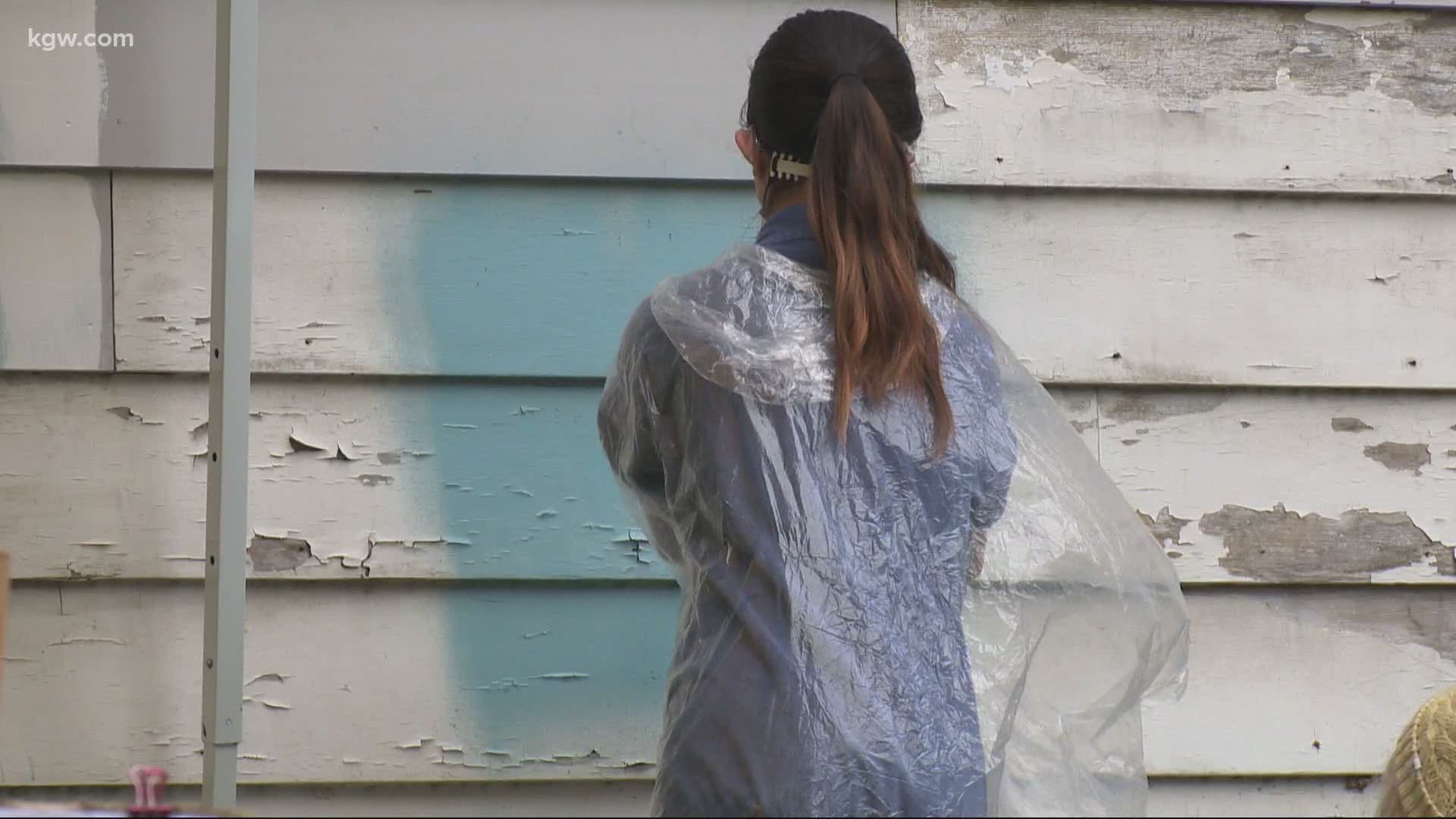 PORTLAND, Ore. — Update (June 8) -- After more than 150,000 votes from around the world, a winner has been chosen in the vote for a Portland family's new house color.

Miller Paint Company wanted to donate paint for the home, but the Landreth family instead asked for a donation to go toward the Harriet Tubman Middle School Parent Teacher Association. Miller agreed to donate $500.

"We tried to take this little survey that went global and see what we can do to make it better for the community," said Brian Landreth.

The winning number? Paint No. 4.

Original story and video published May 27 below.

The Landreths had just pulled the vinyl siding off their house and the cedar siding underneath was in dire need of a paint job. The boards were covered in peeling white paint and needed new life. But picking out the next paint color for your house can be a tough decision.

"We don't want to be that neighbor with that bright ugly house that everyone sees every day," Brian Landreth said.

So, they did what any 21st century Portland family would do: they crowdsourced it.

"We wanted to get the input of our neighbors," Landreth said. "There's a lot of pedestrians, bikes that go by daily."

Landreth placed a sign out front with a QR code. The sign read, "Help us choose a color." On the side of the house were five options.There's Rocky Mountain, Wild Orchid, In Good Taste, Blessed Blue and finally, It's Well. When a person scans the QR code they are directed to this Google Docs survey where they can rate the colors on a scale from 1-5.

The Landreths' daughter Grace is taking a technology class in school and decided to use this survey as a way to collect data for a school assignment. Grace figured she would get a few hundred responses. What she wasn't expecting was over 70,000.

"I didn't think people from across the planet would vote on the color of my house that they probably don't know where it is," Grace said.

A neighbor tweeted a photo of the survey and it quickly took off. The Landreths started getting votes from around the world.

Tens of thousands more poured in from as close as Portland to as far away as Brazil and Morocco and the opinions were as diverse as the country they were coming from.

"People from Portland are very opinionated on what we should see here in Portland. It's so neat to see, you know, it seems like votes from the Midwest are like keep it brown, keep it neutral, keep it safe. People from Buenos Aires and Brazil are like bright and bold, do a mural!"

The Landreths are surprised by all the responses, but say it's perfect during this time.

"It's been really fun. Neighbors have been so cool. It seems to really help with the sense of community. It's like we're all together, apart," said Brian's wife, Kim.

So, what are their favorites? Grace would choose options 4 and 5, Kim says 3, 4 or 5 and Brian said he could see himself going bold with number 2, Wild Orchid.

Voting will end sometime in June.