The 10-foot metallic pillar was moved and now stands alongside “The Maury Island Incident” mural at 605 South 223rd Street. 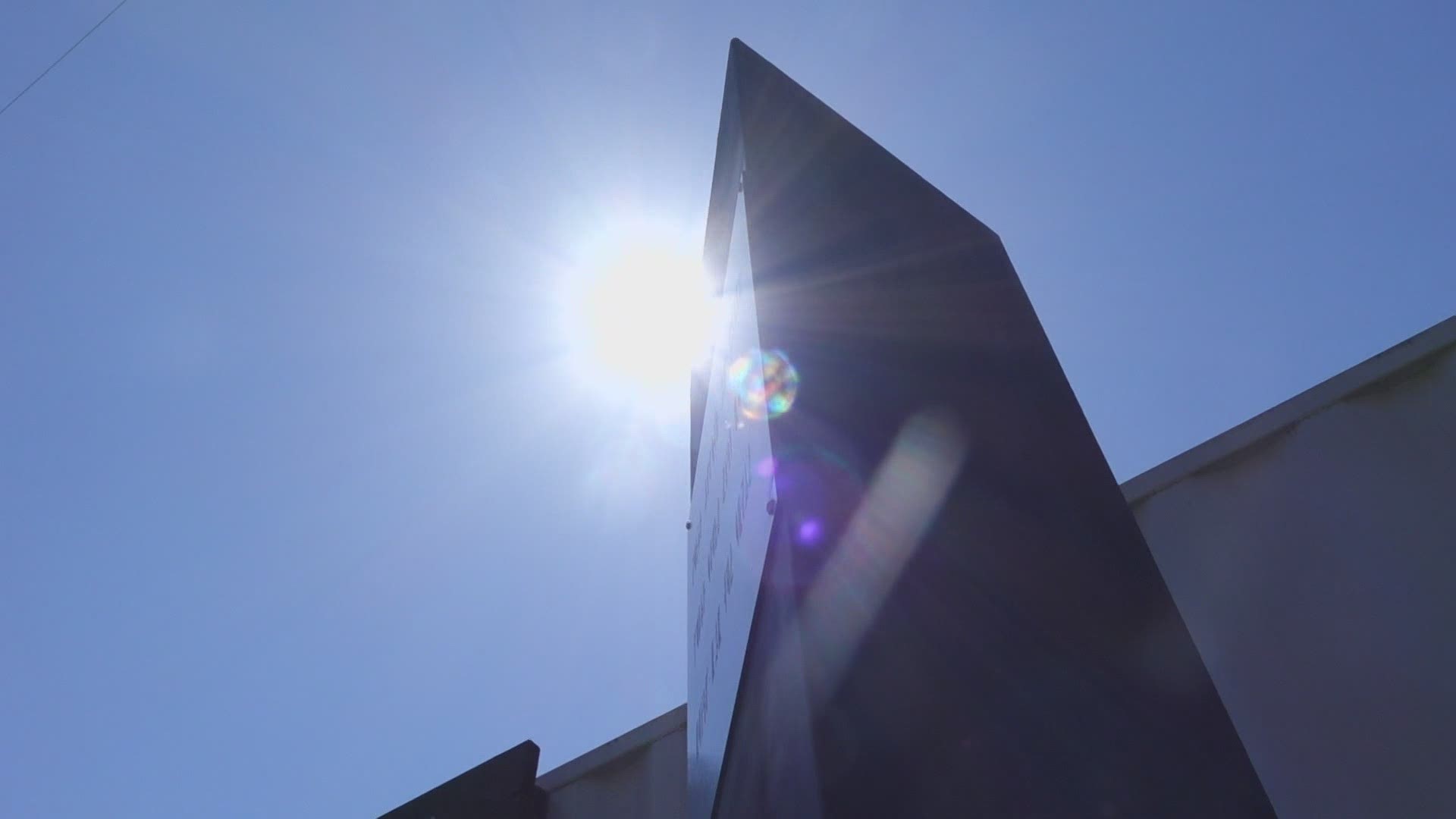 DES MOINES, Wash. — Is it the work of extraterrestrials or the work of someone with extra time on their hands?

The B-Town (Burien) Blog posted an interesting image this week and speculation is growing.

According to the B-Town Blog, a mysterious metal obelisk suddenly appeared near the beach in the Woodmont neighborhood of Des Moines. Photos appeared on social media Monday, June 21. Overnight, another mysterious move occurred.

The 10-foot metallic pillar was moved and now stands alongside “The Maury Island Incident” mural at 605 South 223rd Street.

There’s even some grainy video footage that was submitted with what appears to be an alien like figure walking about the area. A costume?  Just someone who lost their way to a costume party?